Top 5 accessories you must have in your car | Torque
Loading posts... 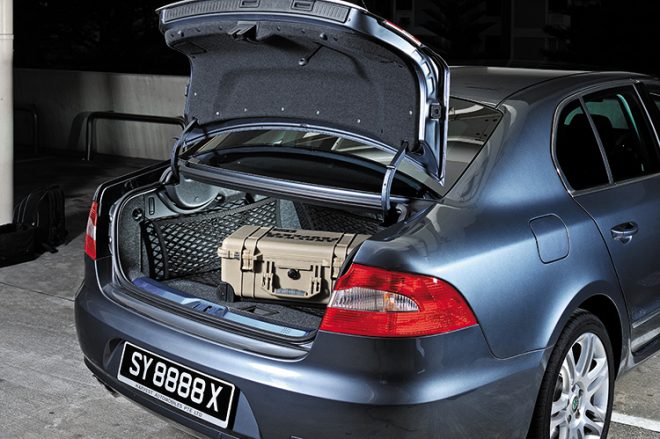 Many of us have lots of things in our car, but they’re (whisper it) mostly useless.

Things like crates, extra bags, old shoes and books all conspire to take up precious boot space and ruin that shopping trip.

That extra bulk is not just inconvenient, but it also weighs down your car, making it consume more fuel as it struggles to lug around that detritus.

KonMari out all that stuff, and you have yourself a clean and neat boot and car.

In place of those things, here are a list of five things you absolutely must have in your car.

The good thing about this list is it’s cheap enough so you can buy all the items as a gift to a loved one.

1. Jumpstarter. A dead battery is the world’s biggest inconvenience if you’re late to a meeting and you’ve just realised your battery has run out of juice.

It’s worse if you live in a dense neighbourhood with the nearest petrol station a good walk away.

Having a battery jumpstarter will solve all that. A good one, like this one from Lazada, is compact and can also recharge your mobile phone. 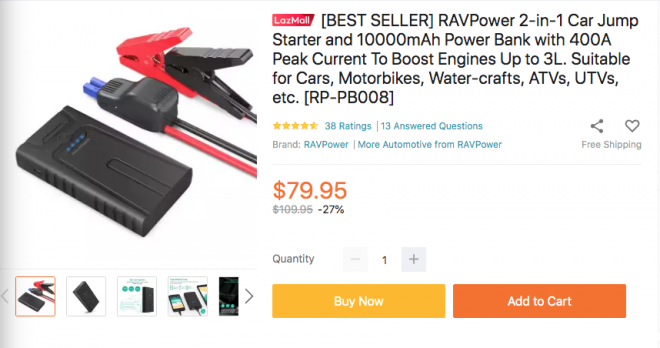 2. The cheapest but most useful item on our list here, this seatbelt cutter/glass breaker keychain costs just over $2.

As per its name, the little device is meant to cut your seatbelt and break a window in an emergency situation.

It’s a simple yet effective tool that you can buy for just about anyone as a gift, and it’s light enough to carry around on a keychain. 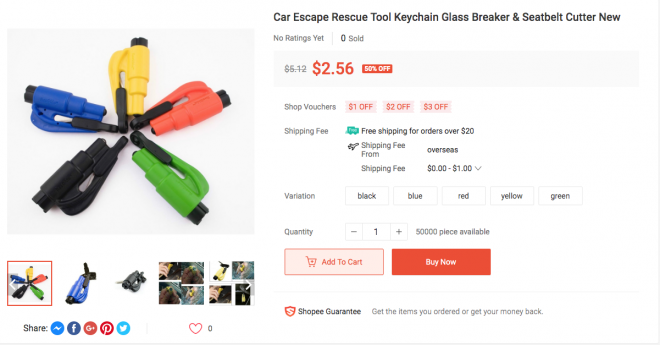 Seatbelt cutter-slash-glass-breaker for $2 on Shopee.

These plastic contraptions fold up and store neatly into a slim plastic case, so it’s easy to slip under your boot floor.

As a reminder, put the warning triangle at least 20 metres back if you’ve stopped along a dual carriageway. At $4.60 from Shopee, it’s a steal and a darn sight better than using a red pail. 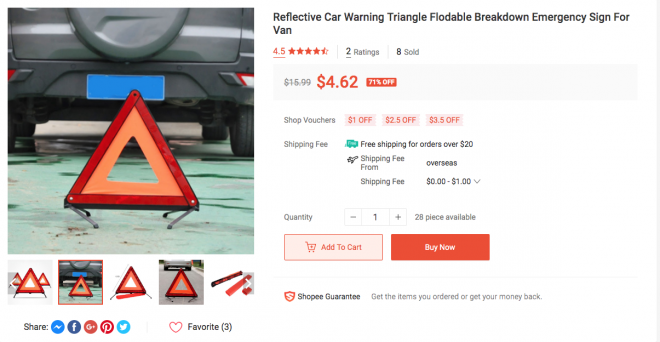 4. First aid kit. If you don’t want to make your own, you can buy a ready-made first-aid kit to store in your car. This one is a pretty decent pack at $16, containing everything you need including essentials like medical tape, gauze, scissors and alcohol prep pads.

If you never have to use these on yourself, they’ll come in handy when someone gets injured and you magically produce one of these to save the day. 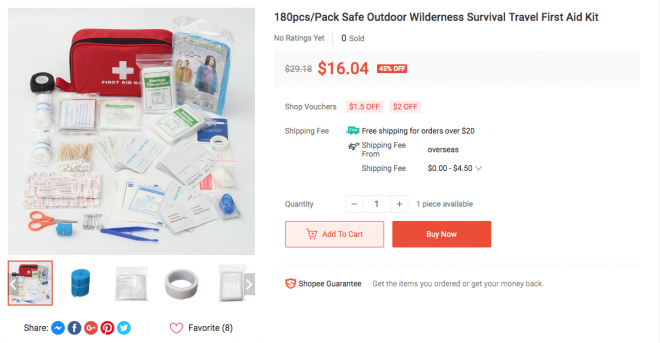 An all-in-one first aid kit from Shopee at only $16.

5. Flashlight. Forget that puny flashlight in your phone if you encounter an emergency, that’s not going to be enough. Also, using your phone’s light will drain your battery, presenting you with another headache.

Get a cheap flashlight that also doubles as a work light. This $9 example from Lazada has plenty of features to make it worth your money. Not only is it magnetic, you can switch between different light intensities and it’s also water resistant (but we don’t recommend testing that). Also if it breaks, you can literally buy another. 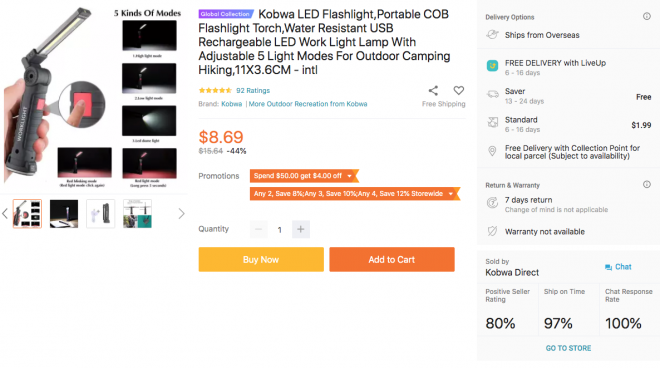 A cheap, simple flashlight like this one which doubles as a work light is essential equipment in any car. 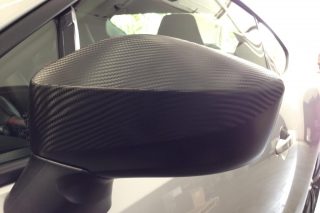 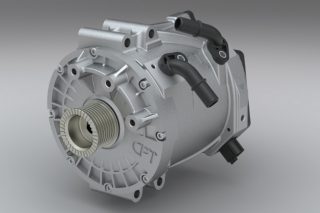 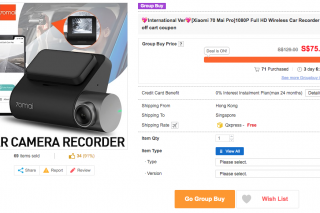