Judging by just how quickly the sport utility vehicle segment is growing, it is not surprising Audi has made the e-tron, its first production electric vehicle, a car that sits between its Q7 and Q8 SUV models.

Both in size and styling, the new Audi e-tron is unmistakably a Q model.

Introduced to the world at a gala event, complete with laser lights, more than 800 LED-lit drones and 3D light projections, the Audi e-tron is the first of three battery-powered Audis to be launched in the next two years.

By 2020, two other e-models, neither of which is going to be an SUV, will join the Audi e-tron.

Production for the Audi e-tron has just begun at a plant in Belgium.

Externally, the car has a sportier styling than the Q7, with slim wing “mirrors” which are miniature cameras providing high-definition displays on the extreme ends of the dash.

The Audi e-tron has an enviable drag coefficient of 0.27.

But with this camera system – a cost option – the figure drops to 0.26.

While the Audi e-tron’s suspension components are taken off the Volkswagen group’s modular longitudinal platform, everything else in the chassis is unique.

To begin with, an electric motor sits between the left and right wheels of both axles. 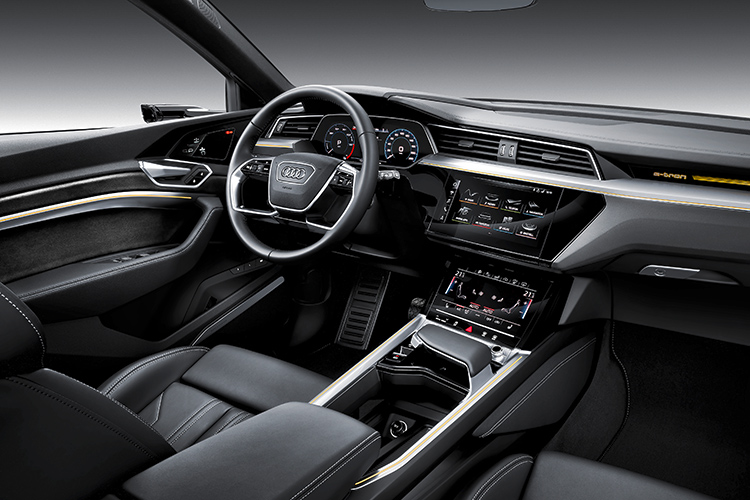 Mounted transversely, the 400-volt AC motors drive the wheels through a single, fixed reduction gearbox to a planetary torque-split unit that functions as a differential.

Although combined power and torque are 355hp and 561Nm, a special boost function allows a short burst to 402hp and 664Nm for those urgent moments.

Driven all out, the Audi e-tron does the century sprint in under six seconds.

Do this often and you are not likely to achieve the 400km range which the Audi e-tron is said to be capable of.

The car is an all-wheel-drive, even though there is no mechanical connection between front and rear axles.

Electrical energy for the twin motors is supplied by 432 lithium-ion cells.

They are all very compactly assembled in a structural aluminium frame, which is mounted below the passenger compartment floor and straddles the two axles.

The battery pack weighs 700kg and its location helps keep the car’s centre of gravity low.

Charging the Audi e-tron using an 11kW domestic power supply takes 81/2 hours, but Audi has a variety of charger options. 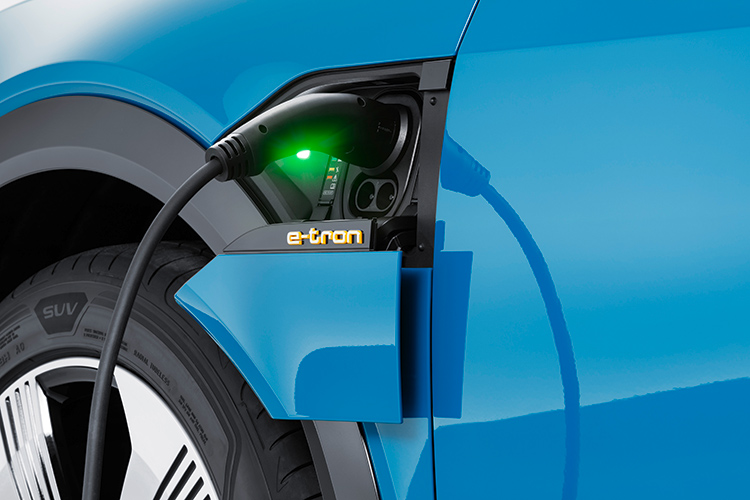 For instance, a 150kW DC charger will juice up the car in just 30 minutes.

The engineers at Audi emphasise that the lithium-ion cells perform best between 25 and 35 deg C, which is the usual ambient range in Singapore.

But electrical components generate a lot of heat.

To deal with that, Audi claims the e-tron has the most efficient cooling system found in any electric vehicle today.

Using a network of pipes, water is circulated around the battery pack and to critical parts of the motor, absorbing heat as it flows.

An air-cooled chiller system then takes care of the heat carried by the returning water.

The car has an efficient brake energy recuperation system.

Its brake control unit decides whether to deliver hydraulic pressure to the brake calipers or modulate stopping power with energy recuperation.

Either way, the driver gets a normal pedal feel, thanks to a simulator.

The Audi e-tron arrives in Singapore in the second half of next year – with an estimated price of about $300,000 – but a proper test-drive report should be available long before that. 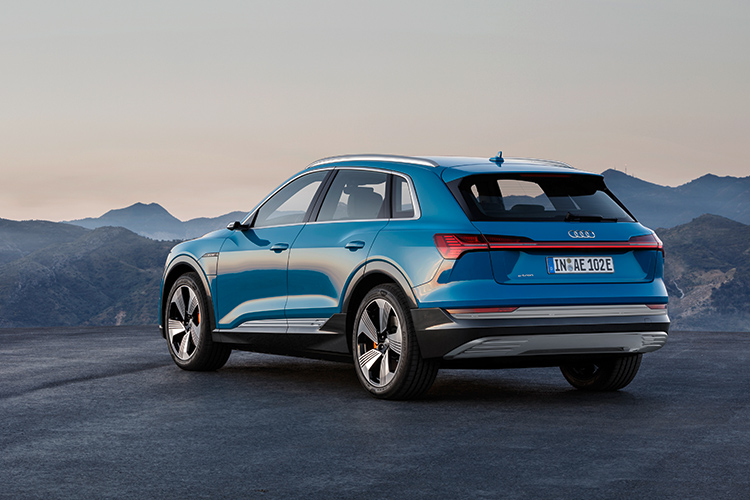