The B-Class was rough around the edges, but after a timely facelift, it’s now the premium mini-MPV it should be. 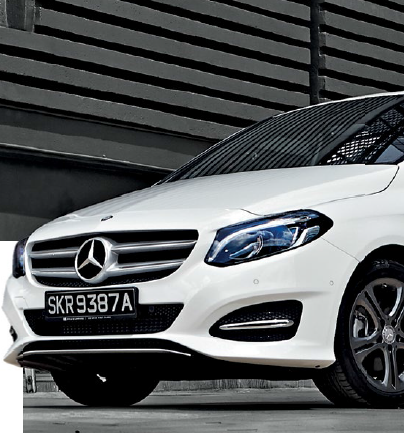 WHEN Mercedes-Benz launched the second-generation B-Class three years ago, everyone expected it to set the standard for mini-multi-purpose vehicles. This automobile’s interior and ride comfort, however, fell short of expectations. The plasticky cockpit lacked soft-touch surfaces. That model also had relatively stiff damping and a choppy ride. The updated B-Class you see on this spread, however, is a notch above its predecessor. Compared to the older model, the latest car boasts stronger road presence, thanks to its wider grille and new bumpers. More importantly, the new headlights are now LEDs instead of HIDs, thereby off ering better visibility at night and in poor weather. 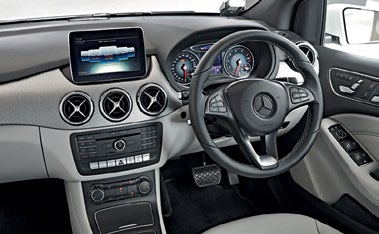 Classier than “B-fore”, the cockpit also has a new steering wheel (identical to the one in the C-Class), and is now equipped with Collision Prevention Assist Plus for added safety.

The most palpable improvements to the B-Class, however, are inside the car. Settle into the driver’s seat and you’ll discover that the materials used around the cabin now have a softer, classier feel. And for the first time, buyers are off ered the option of specifying the brand’s Keyless-Go function for added convenience. Also aimed at enhancing user convenience is the new infotainment system, which features a larger display and the latest menu format. The former is definitely pleasing to look at, but the latter is a bit of a hit-and-miss. 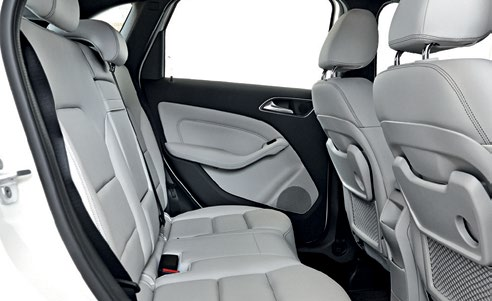 The animated graphics are nice, but navigating through the system is less intuitive than I like. This is because the new format no longer has the menu options displayed permanently. You’ll need to perform an extra directional tap on the rotary controller to bring these up on screen. One cool addition to the cabin is the ambient lighting system, which gives the interior a more modern feel. With a dozen colours to choose from (five more than what the flagship S-Class limousine off ers), even artsy drivers should be able to find a hue that reflects their motoring mood.

This car’s performance, however, remains unchanged. The B200 variant tested here, with a turbocharged 1.6-litre 4-pot producing 156bhp and a very useful 250Nm, still has a very relaxed character. In contrast, its key rival, BMW’s 218i Active Tourer (see box story on the left), feels more eager on the go. Responsible for this automobile’s relaxed nature is the 7-speed dual-clutch transmission. Though it delivers smooth and snappy gearchanges, its tendency to upshift early makes its acceleration feel relatively restrained. 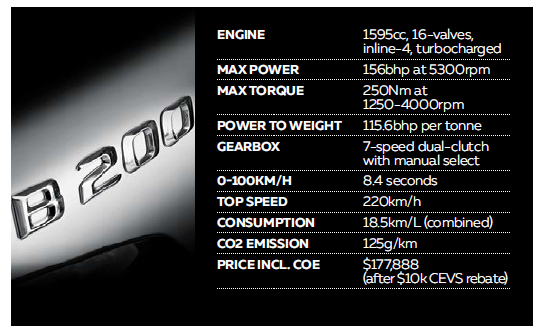 Luckily, there’s a selectable Sport setting, which helps hasten progress by holding onto each forward ratio a bit longer and letting the engine rev higher. Although this vehicle’s outright performance hasn’t changed, its ride quality has improved noticeably. The bumpy ride that plagued the pre-facelift model has been eliminated. The latest version isn’t upset by speed strips and undulating road surfaces. The Mercedes-Benz B-Class is now a more complete mini-MPV. The likely question on buyers’ minds, then, is: “To B, or not to B?”