The Porsche Cayenne Coupe trades practicality for looks, and is the best-looking one out of the current crop of coupe-fied SUVs.

The Coupe’s 20mm lower roofline results in a sloping, racy profile and a nice pert rear.

On that rear are two spoilers: a fixed roof-mounted one and a trick adaptive one which extends by 135mm above 90km/h.

That sloped roof hasn’t compromised rear headroom as I could comfortably fit my 1.78m frame in the back. Taller people might struggle, however. 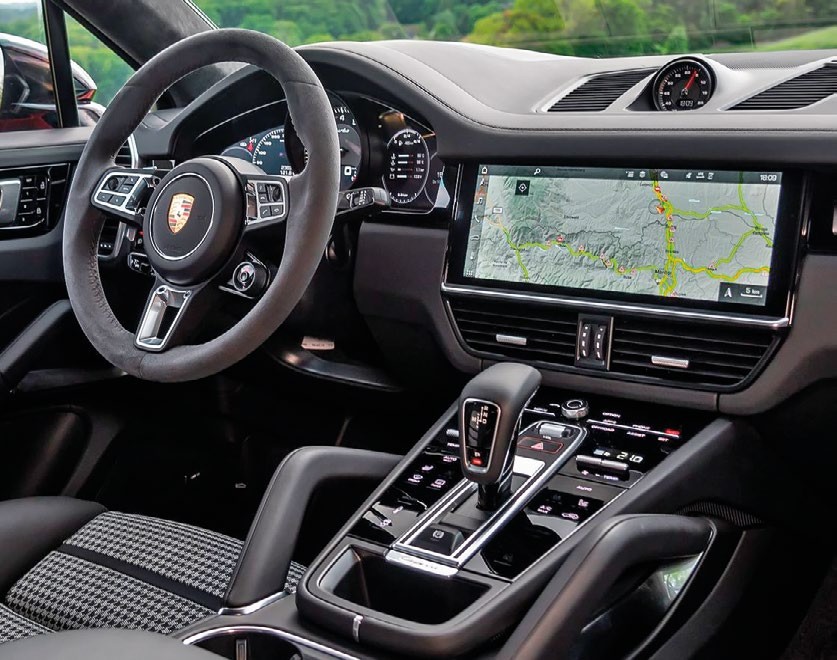 Looking up from the two-seat rear (a three-person bench is a no-cost option), you either see sky or a sea of Alcantara if you spec the carbon fibre roof which saves a massive 21kg over the standard glass option and lowers the car’s centre of gravity.

A hybrid Coupe, similar to the Cayenne E-Hybrid, is on the way.

That’s not a slight. On the contrary, Porsche has again thrown out the physics textbook and written their own set of rules to make a two-tonne SUV start, stop and steer with incredible alacrity.

Your head tells you a car this size simply can’t steer that well, but when you turn the wheel, the torque vectoring simply shuffles the power back and forth as needed, and with the occasional chirp of tyres, off you go fuss-free with a bellow of exhaust.

The weighty but precise wheel, coupled with the new rear axle steering, keeps you pointed precisely even if the sheer mass of the car wants to plough straight on.

Around sharp bends, the air suspension evens out any keeling and absorbs bumps effortlessly. 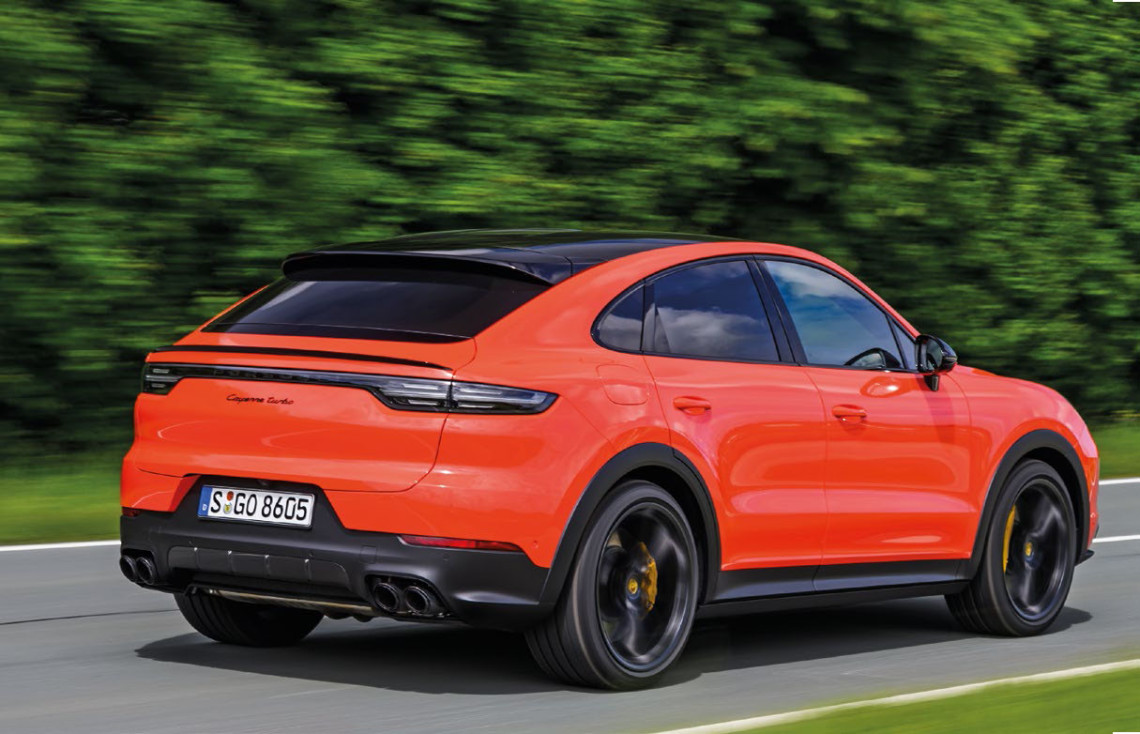 FOR FASHIONISTAS, THE CAYENNE COUPE IS THE MOST STYLISH SUV COUPE OF ALL.

It’s equally impressive when cruising. Wind noise is non-existent and other road users cease to exist inside your cocoon of leather and glass, even when the speedo crosses 100km/h.

Should you consider the Cayenne Coupe? After all, you’re paying more for a car with less space and practicality and which drives broadly the same as the Cayenne SUV.

But for a certain segment, using logic to justify this car is irrelevant. To them, the BMW X6 and Mercedes-Benz GLE Coupe make sense, and for such fashionistas, it’s just as well that the Cayenne Coupe is the most stylish SUV coupe of all.