Let’s face it: you’re never going off-road in these cars. But what you’ll definitely want is the space, practicality and tough looks they offer.

ON the Internet, there are countless videos of cars somewhere in the world gamely trying to drive through a heavily flooded street after a storm.

Not before long, a garang driver piloting a high-riding SUV ploughs triumphantly through the waters and out the other side.

Scenes like that don’t often play out in sunny Singapore. But when the rains come, it’s good to have a high-riding vehicle to ford through the flood waters.

The three cars here offer that and then some. Elevated, roomy and practical are just a few reasons why compact and sporty crossovers have taken consumers by storm, and we’re here to see which of the trio is worthy of your dollars and bottoms.

Back from a crossfit training session, the new Toyota RAV4 looks resplendent in Cyan Metallic covering muscular sheetmetal. Compared with its anodyne-looking predecessor, the new RAV4’s expansive sculpted surfaces and large trapezoidal grille mark it out as the toughest-looking one here and the roomiest, too.

It’s a different story with the Skoda Karoq, the pert and petite member of our trio. But size only tells half the story, as the traditional VW robust build quality, premium design and interior “Czechs” the box for the most premium SUV in the group.

The Subaru Forester needs no introduction to a driver looking for brawn and brains in a sporty package. It’s loaded with tech like the Eyesight driver assist package and has absolutely ginormous door bins, making it very practical too.

Pack your bags and come along to see which of our three soft-roaders drives the hardest bargain.

Toyota’s naturally-aspirated 2-litre, 4-cylinder engine is the strongest of the trio with 170hp and its torque figure is only second to the Karoq’s. Coupled with the smooth CVT, the combination is tractable and seamless for daily driving, but needs to be revved to get the most out of it.

The RAV4 has the most insulated cabin and responds quickly and progressively to steering inputs, making for a relaxing and soothing drive. Acceleration is brisk thanks to the trick Direct Shift CVT. However, the Forester has a more polished ride, while the eager Karoq is a sportier drive. 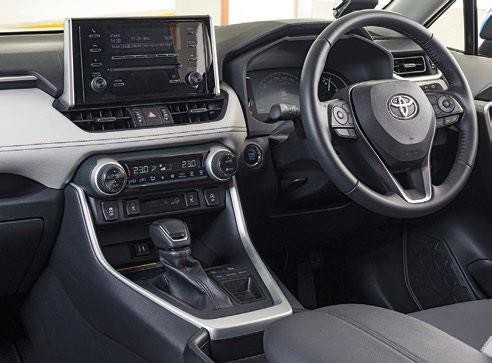 The “toughest” cockpit of the trio with chunky and tactile controls, making them easy to operate. Infotainment system has the largest touchscreen, but is strangely the only one without a colour screen. As expected, the air-con here is the most powerful. 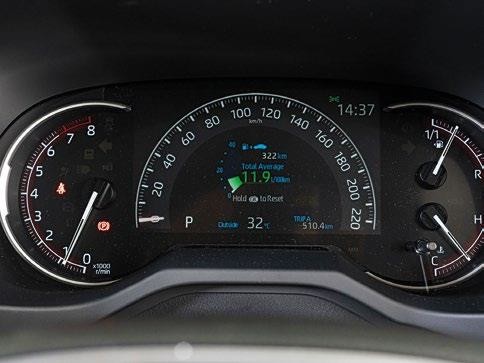 Has the largest panel that displays the most information, but can’t beat the Karoq’s for simplicity and clarity. 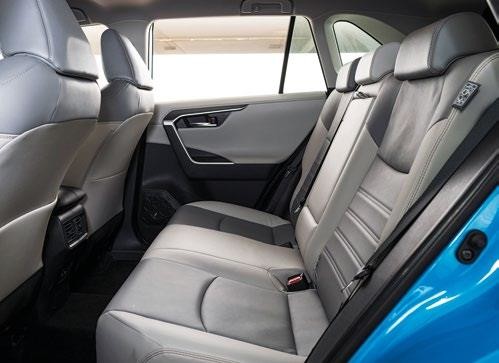 Has the roomiest rear bench and largest windows of the trio, thanks to the squared-off rear. The seats here are also the cushiest and most supportive of the three. 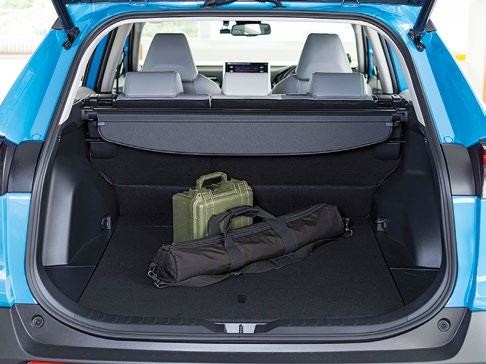 RAV4’s 547-litre boot has the widest opening means it’s the easiest to load and unload bulky items such as boxes. However, it offers only basic amenities: just two tethering points and a small elastic net. However, it’s the only one with a full-size spare tyre. 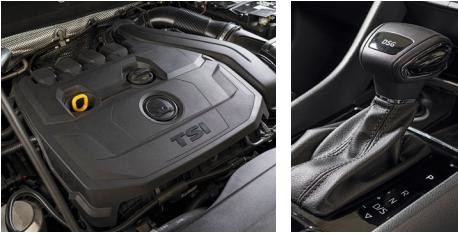 Skoda’s 1.5-litre, 4-cylinder makes 147hp and 250Nm of torque. The turbocharged unit feels by far the punchiest despite having the least power, and it also has the least weight to move. Max torque arrives earlier than the other two, and paired with the quick-shifting 7-speed DSG means it feels the most effortless when accelerating away from the lights.

The best handling SUV in the group. Steering is the most linear, direct and well-weighted, giving you confidence to take corners at just that little bit more speed compared with the other two. However, the ride is also the least pliant – minor bumps that don’t disturb the RAV4 and Forester can be felt in the Karoq. 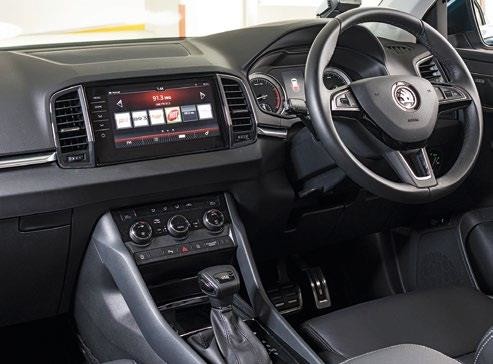 The most elegant cockpit here also has the largest infotainment screen and is the only one with extensive mood lighting, too. The doorbins here could be bigger, though. 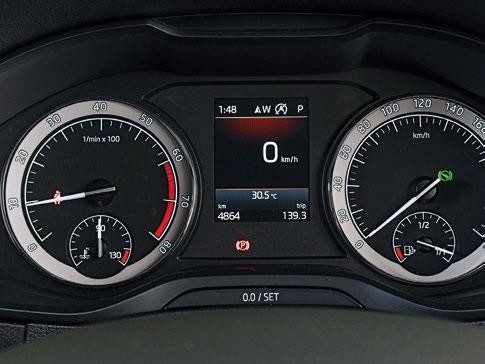 Analogue dials are the classiest-looking and easiest to read. Secondary display is the smallest, but it’s surprisingly able to show a lot of pertinent info. 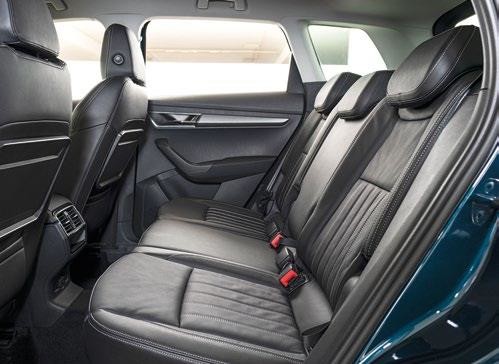 Most versatile rear of the group, thanks to the removable VarioFlex seats and aircraft-style tables. However, it is the least practical as the space is the tightest and there’s only one 12-volt socket compared with the twin USB ports in the other two. 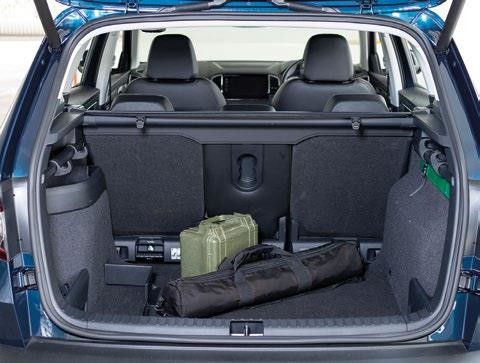 Karoq’s boot is the most versatile, with sliding VarioFlex rear seats that create between 479 to 588 litres of space. Useful touches like a 12-volt socket, Velcro dividers, the lowest loading point and a detachable boot light further boost its appeal. 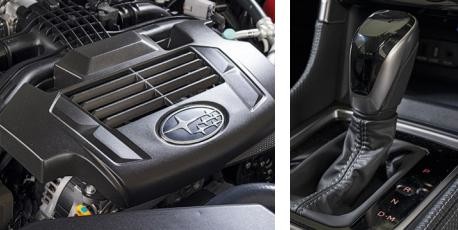 Subaru’s 2-litre flat-4 pumps out 153hp and 196Nm of torque. Despite having the least torque, the car surprisingly doesn’t suffer for it as max power and torque arrive earlier in the rev range than the RAV4. Subaru’s Lineartronic CVT is responsive, but isn’t as smooth as the Toyota’s.

Noise, vibration and harshness (NVH) have been greatly reduced in the Forester due to the new Subaru Global Platform. It has the most accomplished ride and is very comfortable, even over speed bumps. All-wheel-drive makes this SUV the most surefooted in any condition. 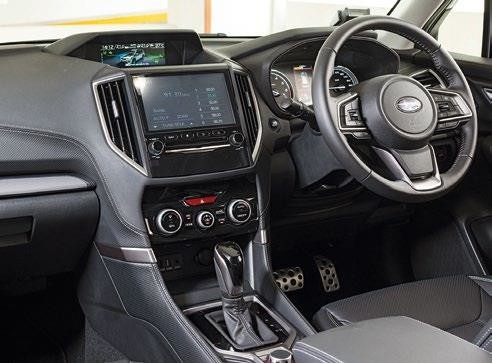 The busiest cockpit has the most dials and knobs. The only one with two electric front seats but only the driver’s side has memory. Doesn’t come with Qi wireless charging for your phone, which the other two have. 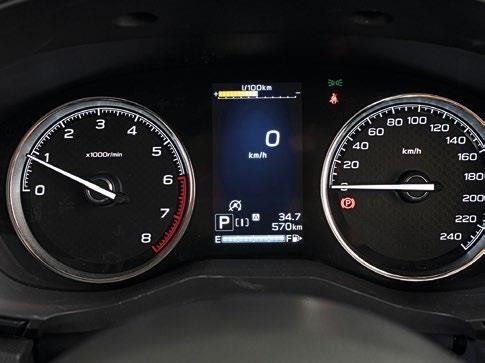 Doesn’t quite beat the Karoq’s for at-a-glance simplicity, due to some texturing on the meter face that catches the light and occasionally makes it difficult to read. 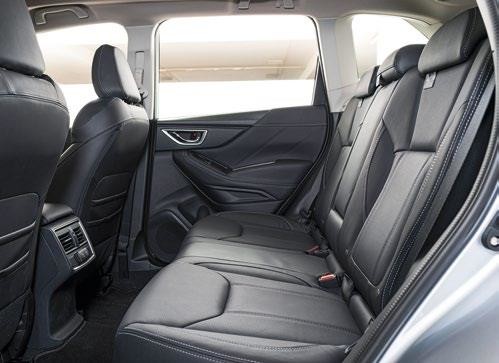 Forester’s rear bench is just edged out by the RAV4’s for space, but it feels the airiest, and has the easiest ingress and egress as the doors open the widest. The largest doorbins make this space the most useful, too. 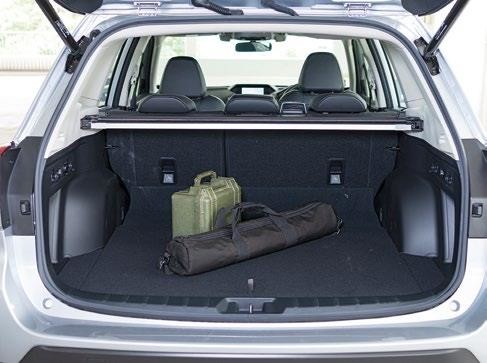 Forester’s 498-litre boot is pipped by the Toyota’s cavernous rear, but it’s the most well-equipped boot with a whopping 10 tie-down points and a 12-volt socket. It’s also the only backrest release levers, though you still have to go around to the side to push them down.

THE RAV4 HAS THE MOST INTERIOR SPACE, THE KAROQ IS THE SPORTIEST TO DRIVE WHILE THE FORESTER HAS THE MOST TECH.

All three SUVs are competent haulers that should keep drivers and their passengers more than happy, even if comparing costs.

Still, we must render a verdict to see who takes the championship belt in this crossover contest.

A fine compact SUV all-around, the Skoda Karoq’s firm ride and tight dimensions means it falls short in this group, where the opposite of those traits is more desirable to drivers shopping in this category.

But its trademark Skoda versatility is unmatched, and keen pilots will appreciate its sporty and lively driving dynamics. If you prefer European style and handling, look no further than the Karoq.

The all-new Toyota RAV4 is what the old one should have been, as it never really caught on with Singapore drivers. The new RAV4, however, impresses with commanding road presence, a refined ride and the watchful Toyota Safety Sense assistance package as standard.

We can’t ignore the strange quirks inside though. The heated seats and steering wheel probably won’t be used much in our scorching heat unless you prefer a warm bum, and the shifter is placed a bit far from the driver. Ultimately, these are minor grouses, and if you can live with them, the RAV4 won’t disappoint.

The Subaru Forester might not be the most stylish or elegant, but it’s practical, comfortable and incredibly easy to drive – their large numbers on Singapore roads are a testament to these attributes. 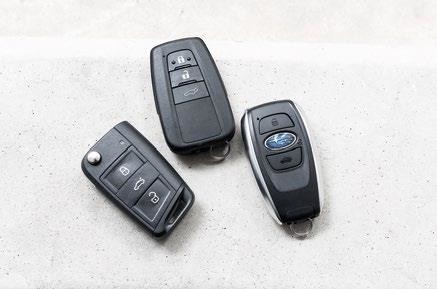 Karoq’s key (left) is the standard VW switchblade affair but never fails to amuse you if you need to fidget; RAV4’s key (top) has the smallest buttons but the only one with raised dots to mark the lock button; Forester’s (right) is the classiest key and the only one with a dash of colour anywhere.

The amount of tech that comes standard with the Forester is also staggering. Things like Subaru’s Intelligent Drive, a secondary multifunction display and the brilliant Eyesight driver assistance package all feature even the base L model.

In cars like this, convenience and comfort are key attributes. The Subaru has both in spades, which is why you shouldn’t miss the Forester for the trees, and choose this champion.