Battery-powered cabs may be economically feasible one day when a technologically superior company supplies vehicles that are as robust and economical as those with combustion engines.

IN 2015, I asked the Economic Development Board (EDB) why Chinese vehicle maker BYD was accorded tax exemption on a fleet of cars intended for commercial for-profit use.

The exemption, for around 100 vehicles, cost the state several millions in foregone tax revenue.

The 100 electric BYD cars were to provide taxi services here as a trial. So, the question had relevance.

The question was significant on another front. In 2002, the EDB said the Transport Technology Innovation and Development Scheme (Tides) was “not intended to confer commercial benefits to individuals or fleet operators”.

It was responding to a Business Times article on Honda’s Intelligent Community Vehicle System (ICVS), which deploys a fleet of tax-exempt hybrid Civics for a car-sharing scheme.

In its reply to my BYD query, the EDB said: “Any incentive support is given after an analysis of the quantitative and quantitative benefits versus the costs.”

Now that the trial has concluded, I followed up with the EDB on what benefits it has gleaned from it.

IS ELECTRIC MOBILITY FEASIBLE ONLY WITH TAX BREAKS?

In its reply, the board said the trial has “established that a full electric vehicle fleet is commercially viable and could meet the same operational standards as internal combustion engine cars in fulfilling the requirements for a Taxi Service Operator Licence”.

The board added that HDT – the company operating the fleet of BYD cabs – was awarded a full taxi-operating licence in August 2018.

It pointed out that HDT had converted its taxi fleet to normal-plate taxis (presumably by paying pro-rated taxes). It was doing likewise for its private-hire cars.

It added: “HDT has commenced an R&D collaboration with A*Star’s I2R, which involves the collection of data from electric vehicles.”

“HDT has anchored substantial business interest in Singapore with 180 employees.”

This is interesting, because according to Accounting and Corporate Regulatory Authority (Acra) records, HDT has been loss-incurring from day one.

How can an entity, which incurs losses repeatedly, be “commercially viable”? 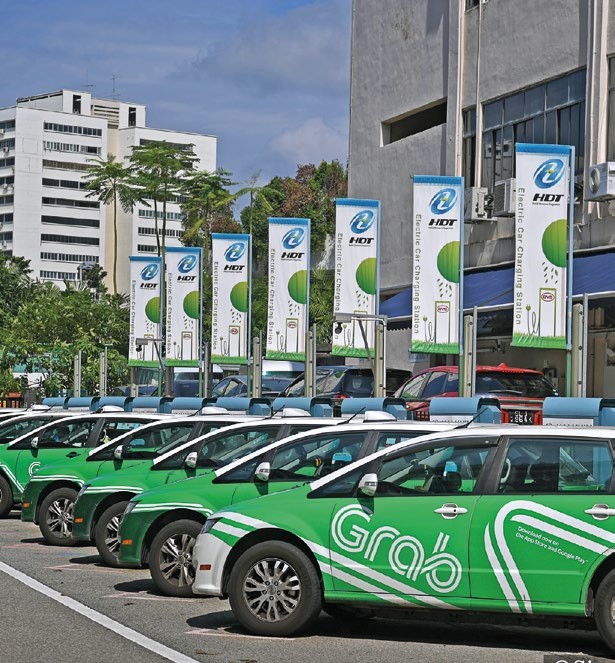 According to Acra, HDT has been in the red since it began operations.

Well, going by the likes of Grab, Uber and Tesla, perhaps old-school economics do not apply these days. A company does not have to actually make money to be worth billions.

It is also interesting to note that the last of Hong Kong’s electric taxis was scrapped early this year. The owner lambasted the Hong Kong government for lack of support, in the form of tax subsidies.

Like many countries, Hong Kong has since also pulled back on subsidies for electric cars, a move which sent Tesla sales diving overnight.

It would thus not be surprising if some of the Tesla cars in Singapore were from Hong Kong.

This brings us to an all-important question: Is electric mobility feasible only with tax breaks?

Pro-EV lobbyists point out that governments the world over dole out billions in subsidies for the oil industry.

That, sadly, is true. The International Institute for Sustainable Development pointed out that the G20 countries provided US$147 billion in subsidies to coal, gas and oil in 2016.

But does this justify a subsidy policy for EVs?

Of course not. Two wrong’s don’t make a right. Oil and fuel subsidies should end. That is the only way for the world to find the most efficient energy source.

Singapore’s Vehicular Emissions Scheme (VES) is different, though. It is a scheme that encourages consumers to buy environmentally cleaner cars.

It is not a tax exemption, and more importantly, it is not technology-biased, which is the right thing to do. Technopreneurs of the world know this.

Even Tesla’s Elon Musk. But sometimes, they choose to play the populist card, by stirring up emotions with provocative and base-less tweets, so as to serve their own ends.

If EV makers want to be commercially viable (in the old-school sense of the term), then they just have to make better products that are competitive in performance and yes, in price.

Countries like Singapore will continue to encourage consumers to be more environmentally conscious in their purchases.

But for sellers and manufacturers to expect outright hand-outs is out of the question.

Which brings us back to the EDB-BYD topic. I asked about the research which BYD was supposed to have embarked upon A*Star.

The EDB said A*Star would furnish a reply to me. But after repeated attempts, the agency has remained mum.

As for HDT, it has not returned my calls since 2015, when I pointed out in print that it was plying a taxi service with tax-exempt vehicles.

As they say, the silence is deafening.