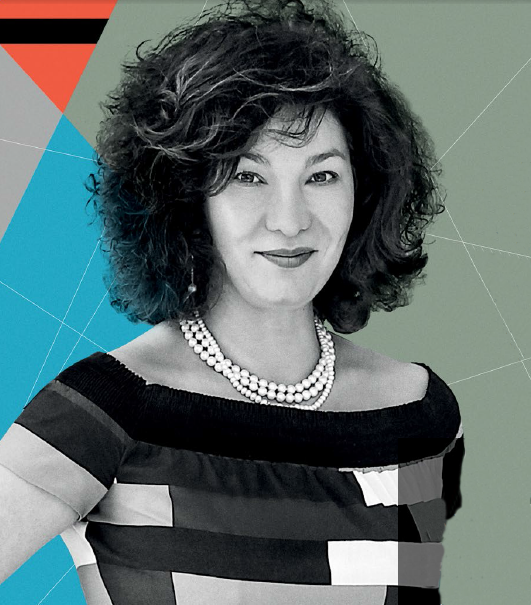 I don’t think I ’m a good driver, but I ’ve become a much better driver than before, because of what I do and where I live.

Founded by Estonia’s fatherin- law, Alois Ruf Sr, in 1939, the eponymous German manufacturer of Porschebased sports cars is now in Singapore (again – Ruf was last represented here in the 1990s), with newly appointed dealership Specialised Automobiles. Estonia Ruf, 49, runs the family business with her husband, 65-year-old Alois Ruf Jr, who took over in 1974 after the demise of his father. Estonia considers herself a positive force in the company, not just in terms of the cars’ aesthetics but also in product strategy.

For example, she pushed for the development of the 3400S (derived from the original Porsche Boxster) even though Ruf has always been about 911s. She was proven right by the positive market response to the Ruf roadster, which was followed by the 3600S and 3800S. The Ruf power couple offi ciated at the opening of the new showroom at 10 Chang Charn Road, where I spoke to Estonia for this story.

How did your passion for cars begin?

I’ve always driven what I consider to be nice cars, but was either too busy with my studies or career to really spend time on them. I recall the first time I walked into the Ruf workshop – I saw a guy putting the engine into a car, and a few minutes later he was in front of a sewing machine, stitching the Ruf logo. I loved the behind-the-scenes eff ort that went into a finished product.

What is it like being a woman in a male-dominated field?

I do not see being a woman in the car business as a particularly diffi cult position. It is about teamwork and it is fun. As part of my education in the car business, I listen to what our customers need and how they feel. The wives are also part of it all. Some of them started out being absolutely “allergic” to cars, but I showed them how to embrace and appreciate cars, just like their husbands.

As a family-run manufacturer, what sets Ruf apart from the big boys in the supercar industry?

Because we are family-owned and -operated, the decisionmaking is much shorter. As a boutique manufacturer, we can really focus on the craftsmanship, and it also allows us flexibility. We’ve always been keen to make cars that we ourselves like, and then maybe other people will like them, too. This is the “gap” we’re trying to fill for enthusiasts.

How does a small company like Ruf build powerful and reliable sports cars from scratch?

It is a huge undertaking. Sometimes, we ask ourselves why we’re doing this! We finance the business ourselves, we really believe in what we do, and many decisions have to come from the heart. Every member of our team is seeking perfection with passion and exactitude.

What’s on the road map for Ruf?

We have plans to expand our markets and increase our partners. Within the next five to eight years, our production should increase from the current 35 to 45 cars per year to a maximum of 80 to 100 cars. Singapore is our first step to Southeast Asia. Specialised Automobiles’ managing director, Justin Tay, has the dealer rights to Malaysia, Indonesia and Hong Kong.

What do you currently drive on a daily basis?

The 3800S, of course! I also drive an RCT [Ruf Carrera Turbo] and, in the summer, a classic Porsche 356 convertible that was a present from Alois.

Are women better drivers than men?

I’m sure some women are, but I don’t think I’m a good driver. I’ve become a much better driver than before, though, because of what I do and where I live. The German autobahn trains you to be a better driver