Don’t fret, there are still many cars unaffected by the revised CEVS to choose from. 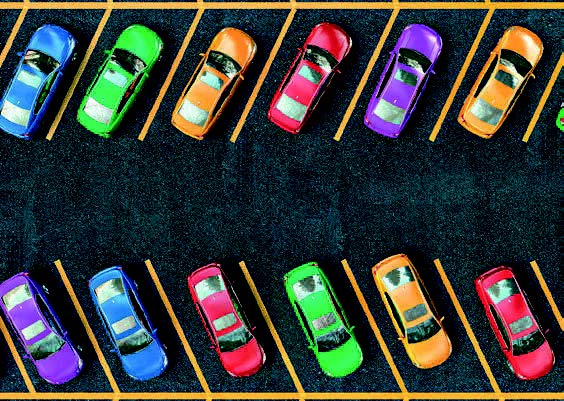 THE revised Carbon Emissionsbased Vehicle Scheme (CEVS) kicked in last month (July), and some car dealers would have adjusted their prices to reflect the more stringent standards in place. A number of vehicles will enjoy smaller CEVS rebates, while others that qualified for rebates before are now in the neutral band (where neither rebate nor tax surcharge applies). And some cars that were in the neutral zone before July are now slapped with surcharges, while those that already drew surcharges now draw bigger ones.

But because these rebates and surcharges are worked into a car’s final sticker price, it is hard for consumers to know exactly how much a motor company has passed on, and how much it has decided to absorb. This imperfect knowledge actually impedes the Government’s drive to encourage buyers to go for new cars that are less carbon-intensive. Hopefully, competition will force the market to adjust, and eventually, the overall lineup will be “greener”.

The prices of new cars are “coloured” by CEVS – green with rebate, red with surcharge, and yellow with neither rebate nor surcharge.

Competition is a strong motivator. A car that qualifies for a fatter CEVS rebate (or which attracts a smaller surcharge) allows a dealership to offer a more competititve price. It also allows the dealer to have a bigger margin to secure COEs with. The market on the whole will take some time to adjust, so obviously companies that are fast will enjoy first mover’s advantage. Wearnes Automotive was among the fastest. Two months ago, it introduced the Renault Fluence Privilege, a sizeable sedan that qualifies for $10,000 in CEVS rebate. At the time of writing, the car was priced at under $113,000, making it $13,000 less expensive than the Toyota Corolla Altis with a similar equipment level. It was even $5000 cheaper than the base variant of the Corolla. 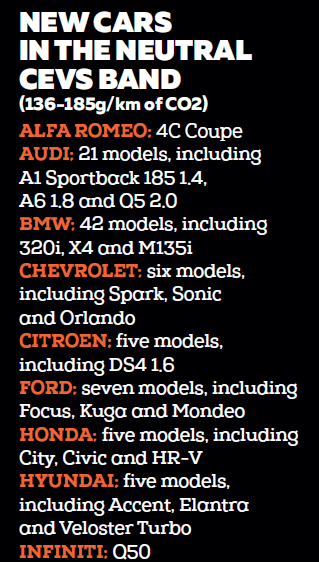 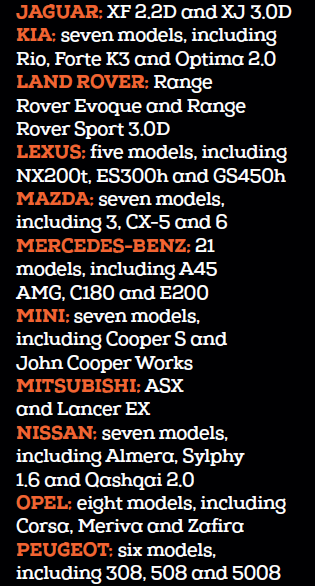 To see the list of all cars and their CO2 levels, go to: https://vrl.lta.gov.sg/lta/vrl/ action/pubfunc?ID=FuelCostCalculator

The Fluence Privilege is a 1.5-litre turbo-diesel with a real-world fuel economy of 6 litres per 100km. This low consumption, plus the lower price of diesel, will translate to savings for the owner that will more than offset the special tax that diesel cars attr act. Likewise, Cycle & Carriage was able to price the 1.2-litre Mitsubishi Attrage at just over $90,000 – making it the cheapest Japanese car in town – because it qualifies for a $10,000 CEVS rebate. Consumers who are environmentally conscious should vote with their wallet and give these two cars serious consideration.

They may not be as polished and refined as their more established rivals, but they offer decent monetary and environmental value. Buyers should also take comfort in this fact: Because they are not top sellers, their retailers are likely to pass on their carbon rebates fully to the consumer. Sellers of popular makes have less incentive to do so, for obvious reasons. Even if you are not particularly perturbed by global warming, you should look at a car’s CEVS band. Clearly, a car that attracts top-tier rebates ($15,000 and $30,000) is attractive, but it is usually still relatively costly because of advanced technology that makes it more efficient.

These include hybrid and electric models. Cars that are in the $5000 and $10,000 rebate bands tend to be more affordable, but buyers should be aware that CEVS rebates are offsets against a vehicle’s Additional Registration Fee. Hence the value of these cars is likewise diminished when the time comes for them to be scrapped.Therefore, cars in the neutral band make a lot of sense. They are relatively carbon-light, they do not incur surcharges, and their scrap values are not compromised. Unless you are extremely eco-conscious (in which case you might want to consider giving up driving), you should include them in your shortlist the next time you go shopping for a new car (see sidebar).