This customisable twowheeler marks 90 years of BMW Motorrad and is huge fun to ride. 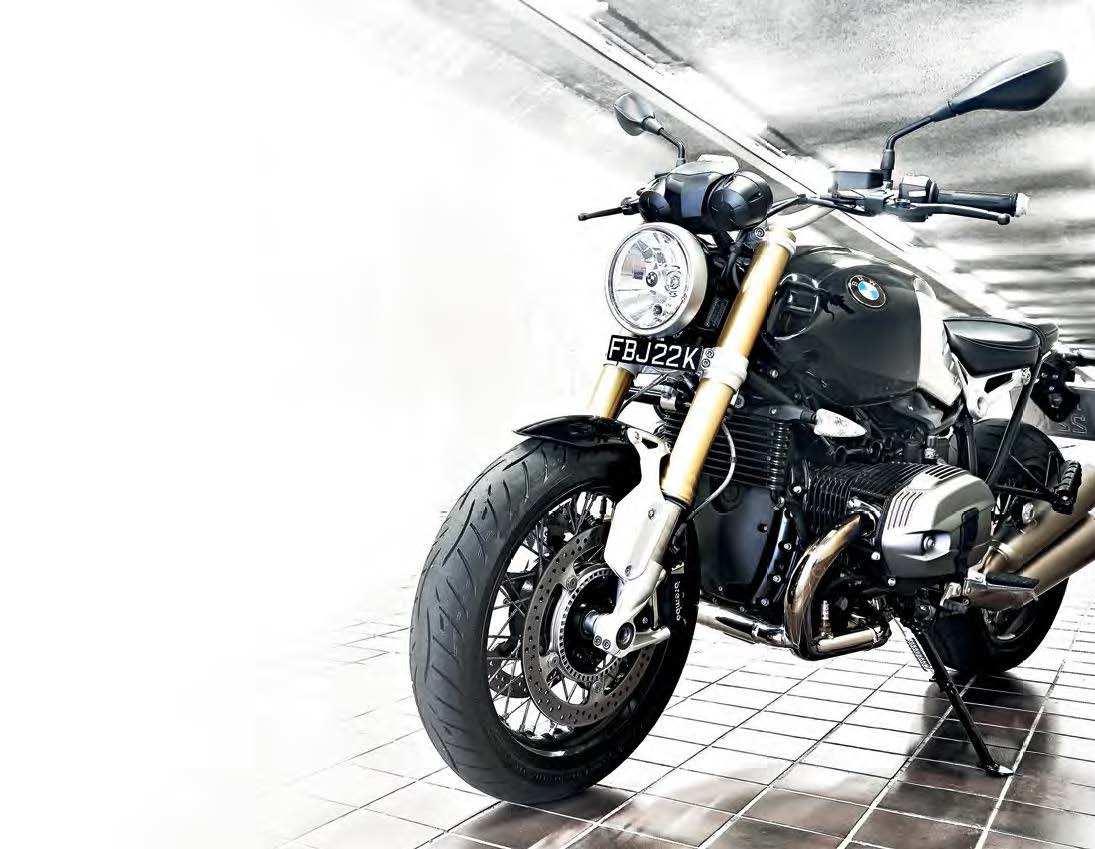 BMW’S first motorcycle was the R32, which saw the light of day in 1923. It has a 494cc, four-stroke 2-cylinder flat twin – yes, the signature boxer engines of BMW hark back to its very first bike. Fast-forward 90 years and BMW Motorrad (the company’s motorcycle division) is still in the business. Hence, the “R nineT” nomenclature for an all-new motorcycle to commemorate the milestone. It’s the brainchild of Ola Stenegard, Head of Vehicle Design, who wanted a customisable bike for garages and individuals alike to tinker with.

The R nineT certainly looks retro and unlike any of its stablemates. The rear half of the bike is particularly Lego-like. The pillion frame can be removed and, in conjunction with the optional rear seat cowl, converts the bike to a single-seater cafe racer, albeit without clip-on bars (which are not a factory option). If “cafes” are not your style, the back half can also be chopped for a brat-style custom that BMW calls Shortcuts, with a caveat that it is not street-legal. 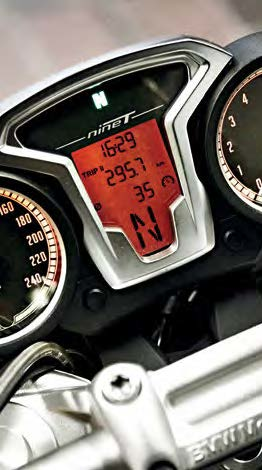 The R nineT thus provides a base for various configurations and levels of personalisation limited by only your imagination, thanks also to the many aftermarket tuners and parts. Frequent “unscheduled” visits to Vicom may be on the cards, though, unless you are contented with the standard bike or the cafe-racer rear end. But even in its standard form, it is a looker, with simple uncluttered lines and racy, upswept twin pipes. There are no colour charts to look at because it is only available in Black Storm Metallic. There is judicious use of aluminium. The tank is such, with the metal finish exposed on its sides. The handlebar ends, muffl er hanger cap and rear suspension adjustment knob are some of the other aluminium parts. Together, they add up to a rather special Bimmer bike. The attention to detail extends to the BMW emblem on the headlamp bulb holder. 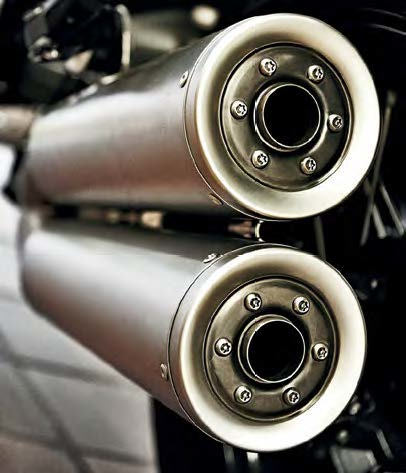 A digital display console dissects the speedo and rev counters, which look like NOS (new old stock) from the cleaning lady’s discovery of forgotten parts from the 1970s in BMW Motorrad’s basement. There are no electronic gizmos to complicate the back-to-basics philosophy, save for ABS. Even the 17-inch wheels are spoked and the tyres are tube-inflated. Swinging my right leg over the low seat rewards me with a comfortable riding position that’s similar to the Ducati Monster’s – aggressive and yet does not require visits to the chiropractor. My 1.71m frame allows me to flat-foot if I position my feet behind the footpegs. Starting the R nineT will catch a BMW newbie off balance when the 1170cc air-cooled boxer engine vacillates left and right – a unique experience and a major aspect of the bike’s character. The original muffl er made by Akrapovic is loud and growls a distinctive old-school note. 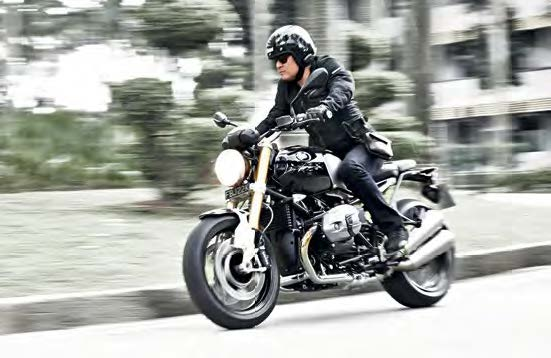 The R nineT looks retro and unlike any other of its BMW Motorrad stablemates.

On the move, it feels light and nimble – more akin to a 650cc naked Japanese bike than a 1200cc Bavarian motor that belies its 222kg fully fuelled weight. It invites me to ride fast and take on bends while the engine serenades. Power delivery at the twist of the throttle is immediate, thanks to the shaft drive. Quick retardation from speed comes in the form of huge 320mm dual-disc, quadruplepiston front brakes from the BMW S1000RR, together with a rear 265mm singledisc, double-piston stopper. Thoughtful self-cancelling turn signals and a prominent gear indicator on the centre digital display complement the riding experience.

The beefy 46mm inverted front forks are non-adjustable, but the rear single-strut Paralever suspension allows for both preload and rebound adjustments. The factory settings are likely to have been calibrated for burlier European riders, as the suspension is somewhat stiff for my 74kg mass. ENGINE 1170cc, 8-valves, flat twin MAX POWER 110bhp at 7550rpm MAX TORQUE 119Nm at 6000rpm POWER TO WEIGHT 495.5bhp per tonne GEARBOX 6-speed manual 0-100KM/H Not available TOP SPEED 200km/h CONSUMPTION 22.2km/L PRICE EXCL. COE $35,000 As my test bike has less than 300km on the odometer, I leave the exquisite adjustment knob untouched so as to let the suspension settle in during the first 1000km.

But even on factory settings, none of the fun factor is taken away. Things may soften up as the kilometres pile on, and this shouldn’t take too long, for it seduces the rider/ owner to ride it often and far. The 120/70 ZR17 front and 180/55 ZR17 rear Metzeler Roadtec tyres are just about run in when I pick up the bike. They off er confidenceinspiring grip, even in the wet. I would recommend installing an aftermarket tyre hugger, as riding on wet roads after a downpour results in a wet patch on each half of your rear anatomy. BMW’s R nineT hits the bullseye for what it is meant to off er – customisable hipster styling with proven BMW mechanicals. This is a bike you want to ride, even if it’s just to the Starbucks around the corner where hipster bikers like to gather.