OKAY, so conditions weren’t exactly perfect when I went up to the Sepang F1 circuit to give Lexus’ latest coupes (both the RC350 and scorching RC F) a whirl.

OKAY, so conditions weren’t exactly perfect when I went up to the Sepang F1 circuit to give Lexus’ latest coupes (both the RC350 and scorching RC F) a whirl. The heavens opened up just as I was about to head out, which not only delayed the session by half an hour or so, it also meant I had to tiptoe my way around the damp circuit. Of course, I could have just charged ahead anyway. But owing to a lack of skill (in relative terms anyway, next to professional D1 GP drifter Ken Gushi, who was in attendance) and the dicey conditions on offer, I decided to ease up a little, especially when driving the 471bhp RC F. After all, big power plus rearwheel- drive on a wet track is a recipe for disaster, to say nothing of how wrecking the coupe could wreck the session for the others, because there was just one RC F on the track that day. Still, despite not going all-out in both cars, I got a good idea of what the RC F could do on the track. Unfortunately, it doesn’t quite live up to Lexus’ claims of it being a bona fide racetrack weapon. 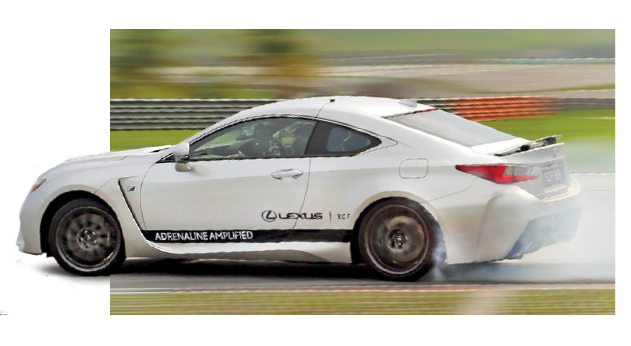 Yes, this car doesn’t lack for aural drama, and it has a welljudged chassis setup. Where it falls short as a track-day weapon is in how it is on the heavy side. It tips the scales at 1780kg, and no thanks to that monster 5-litre V8 in the nose, it’s sluggish on turn-in. Ditto the RC350. While its nose is more darty (thanks to a smaller 3.5-litre V6), it’s also a relatively weighty proposition. And because it doesn’t ride on aggressively fettled suspension, it doesn’t corner as confidently as the RC F. Where I think the RC performs far better is out on public roads, specifically long highways, and it’s there the car really shines.

I drove up from Singapore to Sepang in the RC350, and have to admit it was a dream to drive up – no mean feat when it’s coming from a person whose patience is worn thin by drives lasting over an hour. The engine is creamy, pulling cleanly from just about anywhere in the rev range, and with 312bhp on off er, it’s punchy, too. But the best part about this ride is how it’s supremely comfortable and refined, which meant I arrived at Sepang fresh as a daisy. So, the RC may not be as “RC-y” as advertised, but it’s extremely competent on more open, less twisty roads. And that, I think, is something that cannot be discounted.

PICK OF THE RANGE

YOU may not agree with the way Startech has turned the Range Rover luxury SUV into “one of the world’s most exclusive pickups”, but even the harshest critic will have to grudgingly acknowledge the German tuner’s gumption. And then there’s the amount of engineering work required of the transformation – Startech says over 100 components are unique to the Range Rover pickup. And despite losing a significant portion of the roof, its torsional rigidity is identical to its less utilitarian sibling. 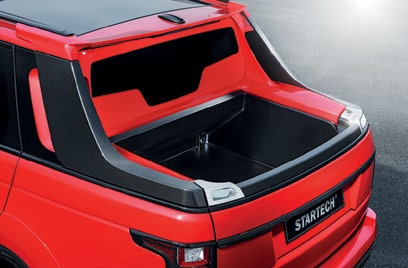 It might have van-like leanings, but this sports utility vehicle has access to every item in Startech’s extensive aftermarket catalogue, including a wide bodykit, massive 23-inch forged alloys, power upgrades and even a fully bespoke interior. Startech also says handling of its “truck” has been taken care of by a bespoke roof spoiler and carbon fibre “blades” just aft of the C-pillars. More than enhancing its visual appeal, these items are said to help increase the Range Rover pickup’s high-speed stability. That’s all well and good. But if you’re still scratching your head as to what the flatbed will be used for, Startech says it’s particularly useful for its Middle Eastern customers who are falconers.

THE TT LOW DOWN

GIVE your brand new Audi TT the “low down” with KW’s coilover kit. Available in V1, V2 and V3 guises, every variant allows you to lower the car’s ride height by as much as 50mm. The diff erence comes in how the V2 and V3 coilovers allow for more adjustability (the V1 comes with preset damper settings). The V2 off ers just rebound tuning, while the V3 also serves up the ability to tweak the coilover’s compression parameters. 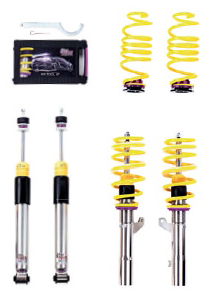 IT is often said that wheels can completely transform the look of a car (for better or worse). And a good example can be seen in how the new Dezent TM Dark gives the third-generation MINI a sinister, sporty vibe. The two-tone, 10-spoke wheel features a thin, polished sliver running through each of the spokes and around the rim flange, with the rest of the wheel coated in a matte-black finish. Coming in sizes from 16- to 18- inch, the TM Dark is also available in a classic all-silver finish. 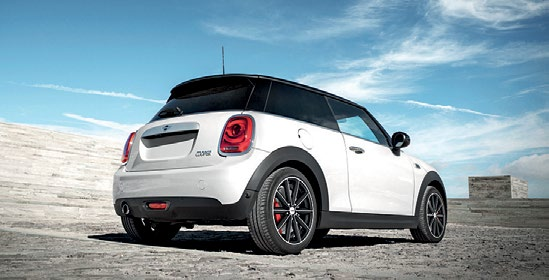 EVEN if you’re not the fastest driver around, you might as well look the part, right? If you subscribe to that particular school of thought, you’ll definitely want to check out French racewear manufacturer Stand 21’s La Couture HSC racing suit. Stand 21 claims the suit is breathable (to keep you looking cool), stretchable (to disguise that last plate of chicken rice) and safe (because looking good is pointless if you’re burned to a crisp). In addition to all that, the suit is also customisable. Unfortunately, it’s not quite a “budget” item – the La Couture HSC racing suit is priced from 1604 euros ($2,413).