The new BMW S1000XR is half sports bike, half adventure bike and all fun.v 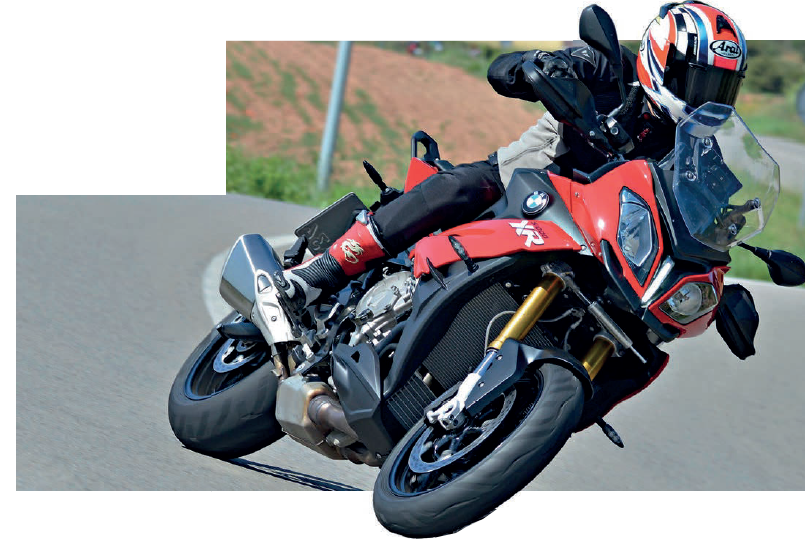 WE’RE used to seeing bike manufacturers strip the fairing off their flagship superbike, detune it for less power, strap on higher handlebars, and then call their creation a supernaked. But what happens when you take a supernaked, throw in even higher bars, raise its suspension and give it touring capabilities? The result is the brilliant BMW S1000XR. Like the off spring between BMW’s near 200bhp superbike, the S1000RR, and the bestselling adventure bike in the world, the R1250GS, the S1000XR fuses the creature comforts of the GS with the potency of the S1000RR’s chassis and ferocious engine. 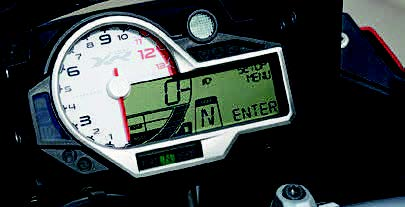 Based on the detuned 999cc, 160bhp 4-cylinder as seen in the S1000R (the naked version of the S1000RR), the S1000XR spots a new frame, a tall windscreen for touring, longer-travel suspension, a longer swingarm for better stability, a new lower exhaust system to accommodate the optional full-sized side panniers, and enough riding modes and riding aids to give the Starship Enterprise a surprise. Despite its setup, the way the S1000XR devours corners is nothing short of amazing, thanks in part to an authoritative upright -riding position and the bike’s excellent electronics package. 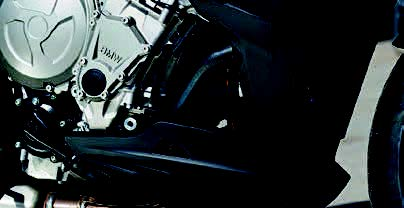 The S1000XR combines the best attributes of the S1000RR superbike and the R1250GS adventure bike.

Besides traction control, it also features ABS Pro and BMW’s latest quick-shifter that enables you to shift not just up but also down, without using the clutch. ABS Pro prevents front-wheel washout when too much front brake is applied going into a corner, which means you can take huge liberties when it comes to corner speed. BMW says that even if you jam the front brake at full lean, sensors will stand the bike up gently. For less experienced riders, the bike’s electronics do away with unnecessary distractions such as blipping the throttle on downshifts and applying the correct braking technique into a corner, thus making it easier to focus on the task at hand. 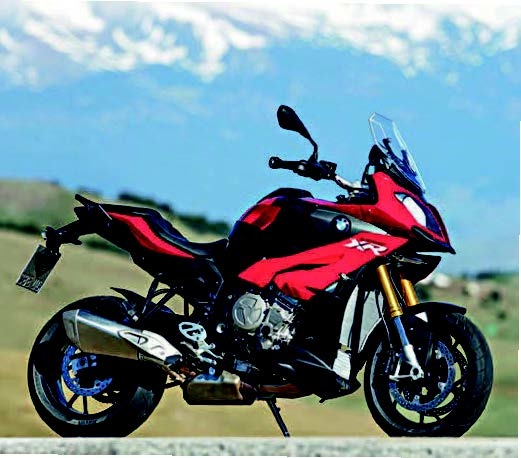 Riding modes and suspension firmness can be adjusted on the fly. There’s Rain, Road, Dynamic and Dynamic Pro, with the last meant for track-day heroes who want to eke out that last millisecond by disabling all safety and riding aids. But unless your last name is Rossi, you’ll probably be faster (and safer) in Dynamic mode, which gives you just enough leeway to live your MotoGP dreams. The S1000XR’s engine is a real treat. Ultra-smooth, with bags of power, the bike pulls hard and in a linear manner all the way to its 11,000rpm redline, accompanied by an addictive howl from the exhaust system.

It may lack the manic top-end rush of the S1000RR, but you’ll hardly miss it unless you’re racing on a track. It’s possible to use anywhere from 2nd to 6th gear in the bends – proof of the engine’s muscle and flexibility. While an engine buzz around 5000-6000rpm is evident, it isn’t serious enough to cause the dreaded “pins and needles” sensation in my hands after long stints on the saddle. This is called an “adventure sports bike”, but the S1000XR is so ridiculously easy to ride and its engine so racy that you can’t help thrashing it at every opportunity. There are lighter, more agile bikes out there, such as the Ducati Multistrada, but none of them is as stable and reassuring, or have such advanced electronics, as this Bimmer.

Once you’re done satisfying your inner hooligan, set the bike to Road mode and it becomes a relaxing, comfortable tourer. Forward visibility is fantastic, the riding position is comfortable, and there are diff erent ride and seat heights to cater to vertically inclined riders. And despite 160bhp between your legs, the bike’s fly-by-wire throttle is so flawless that even snatchy-handed beginners will have no problems managing all that Bimmer power. Let’s face it – unless you intend to cross the Sahara or ride through the Andes, the continent-crossing ability of the GS is a little redundant. For regular riders who spend most of their time on the black stuff , the S1000XR makes far more sense. Its on-road prowess far exceeds that of the GS. And if you want to play explorer, it will even oblige a dirt trial or two. Is this the world’s most complete bike at the moment? Every shred of it seems to suggest it very well could be.