The small four-seat drop-tops available from BMW and Audi offer plenty of zing, plus wind in the hair. THIS pair of compact convertibles from Audi and BMW are wellequipped to tempt prospective buyers. Handsome exterior design? Check. Slick, electrically operated roof mechanism? Check. Generous equipment list? Check. Badge snob appeal? Check. However, what is less apparent (on casual inspection) about the topless Teutons on test here is how the two are vastly improved over their predecessors. Let’s start with the BMW 220i Convertible. Its immediate forebear, the 120i Convertible, doesn’t have a lot going for it – the car has gawky lines and compromised rear legroom, and feels like it’s built to a budget. 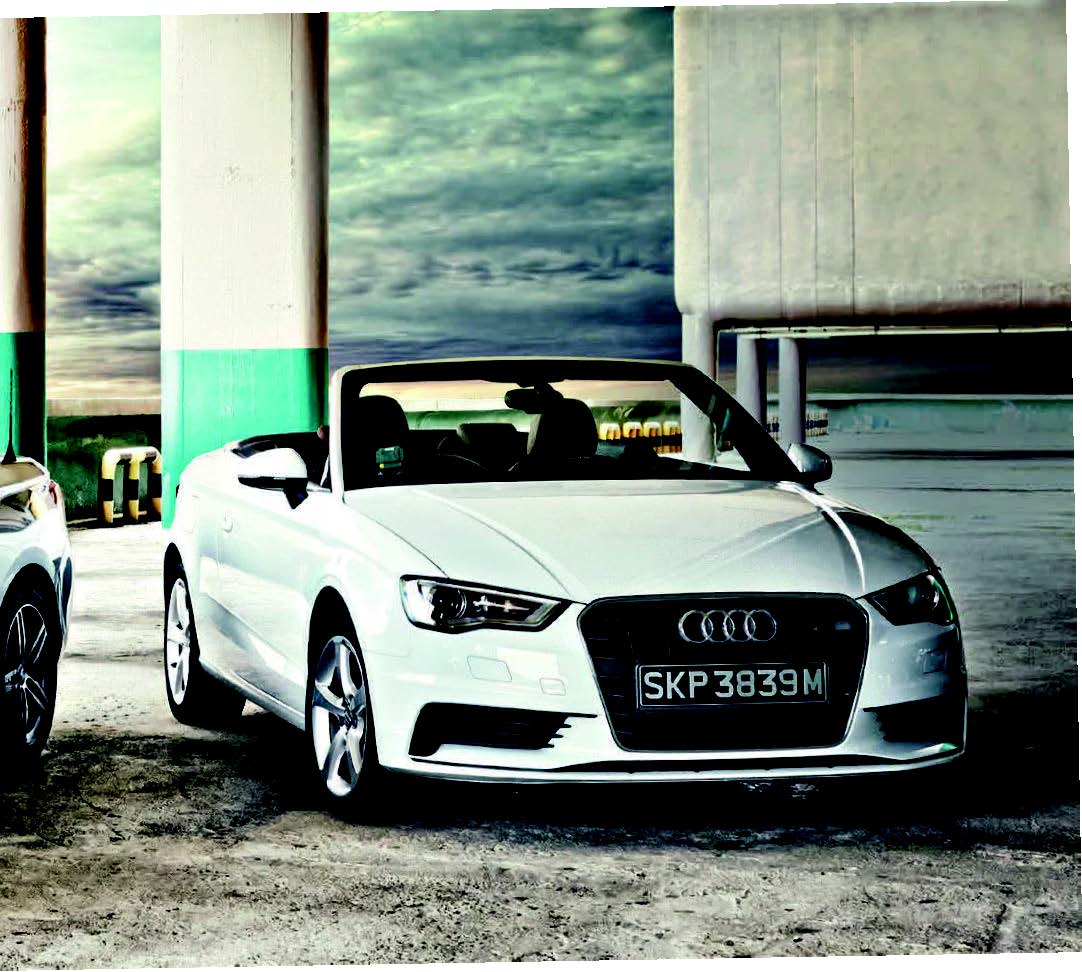 To be fair, it’s far from abysmal, but the interior quality could be much improved. And I’m happy to report that BMW has turned things around in dramatic fashion with the 220i Convertible. Longer, lower and wider than the old 1, it bears more than a passing resemblance to its bigger brother, the 4 Series Convertible, which is a “proper” sports machine. The new 2 Series (whether in coupe or convertible guise) also displays far better quality than before. Gone is the plasticky dashboard and flimsy switchgear – they’ve been replaced by sculpted soft-touch plastics and wonderfully tactile buttons. 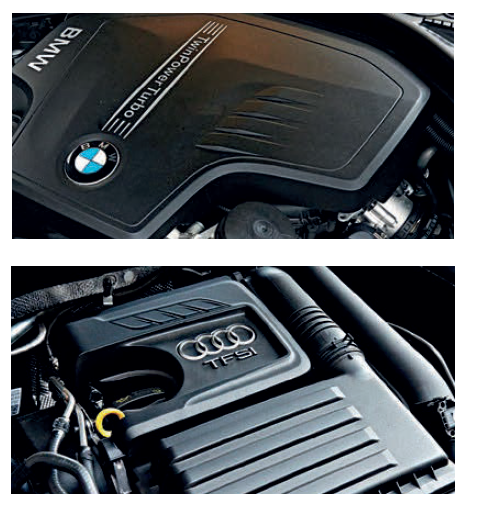 For me, the biggest improvement to BMW’s baby convertible is in the area of dynamics. The chop-top 120i’s wobbly chassis and clattery suspension have given way to resolute body control and a welldamped ride. This makes the 220i Convertible perform just as well on the twisty bits as it does on low-speed boulevard cruises. It’s a similar story with the Audi. The new A3 Cabriolet is literally a sight better than the model that came before it, primarily because it has ditched the cutesy pseudohatchback bodystyle in favour of a three-box coupe shape. Yes, whether it’s better-looking or not is subjective, but I think the automobile’s new look makes it appear more grown-up than before, which does wonders for its perceived value. 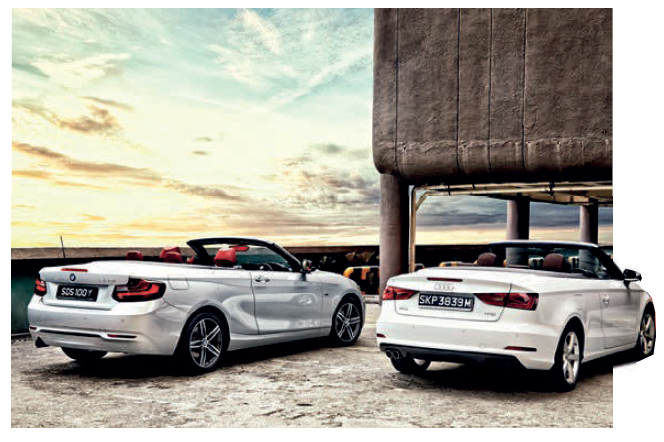 What’s a little less subjective is how the current generation is streets ahead of the previous model in terms of quality and amenities. Not only does it sport an excellent infotainment system built on Audi’s latest modular architecture, the materials used in the car’s cabin positively ooze quality – a far cry from the basic aesthetic just one model generation ago. As with the BMW, the biggest improvement to the new A3 Cabriolet is in the way it handles. The previous generation has scuttle shake in spades. And even with the soft-top up, refinement is still sorely wanting. 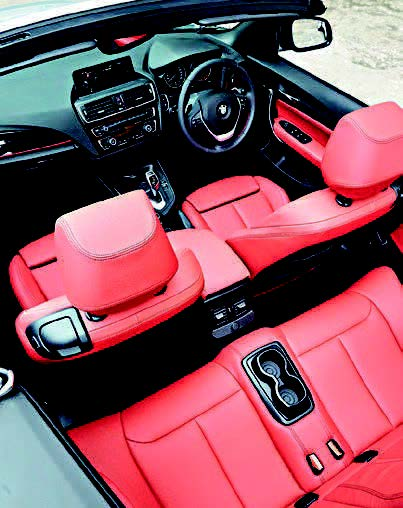 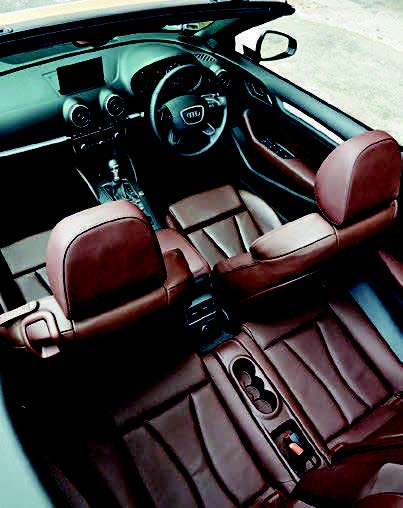 They’re entry-level convertibles for their respective marques, but both have high level of equipment worthy of more upmarket models.

Not so with the successor, because in addition to its more mature looks, it has refinement comparable to its bigger brother, the A5 Cabriolet. And I haven’t even gotten to the new automobile’s better handling manners. Even if the improved dynamics of both automobiles isn’t the sort of thing you’re interested in, perhaps their impressive list of standard equipment would be more up your alley. Both cars come with integrated satellite-navigation systems, powered roof mechanisms and selectable driving modes (to alter each vehicle’s personality from languid to manic). Where the pair diff er greatly is their acceleration in a straight line – the BMW completes the benchmark zero-to-100km/h sprint in a relatively brisk 7.6 seconds, while the Audi takes a leisurely 10.2. 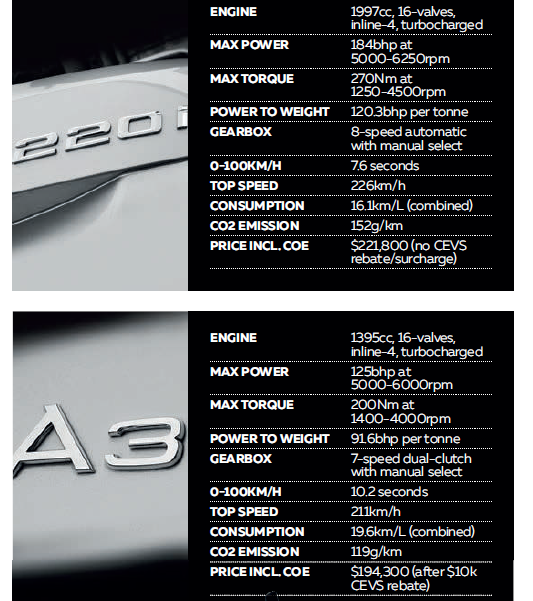 Whether you prefer the “cruisey” audi or the “racey” bmw, there’s plenty to like about both vehicles.

This is owing to their diff erence in power. The 220i Convertible is powered by a turbocharged 2-litre engine that develops 184bhp, while the A3 Cabriolet is propelled by a turbocharged 1.4-litre engine that produces a modest 125bhp. This comparative lack of pace certainly doesn’t gel with the Audi’s speed-demon credentials, but then again, it has a price tag of $194,300, which is about $27,000 cheaper than the BMW’s. And it fetches a $10,000 CEVS rebate, whereas the 220i is in the neutral band of CEVS.

The A3 Cabriolet is also more frugal with fuel (19.6km/L versus 16.1km/L) and attracts a lower road tax – $500 per year versus $968 (from Aug 1, 2015). Of course, whether it’s the Audi or the BMW, both still cost a pretty penny. But remember, their respective bigger siblings (the A5 Cabriolet 2.0 and 420i Convertible) cost considerably more – a whopping $103k more for the Audi and an extra $55k for the BMW. Our topless Germans here are, therefore, two of the most aff ordable routes to owning a premium soft-top car. Whether your taste leans more towards the “cruisey” (the Audi) or the “racey” (the BMW), there’s plenty to like about both vehicles.

The BMW’s roof takes 20 seconds to deploy/ retract, while the Audi’s completes the same operation in 18 seconds.