Honda has launched the all-new Step WGN, an eightseater MPV with a “tallboy” bodystyle that rivals the Mazda Biante. 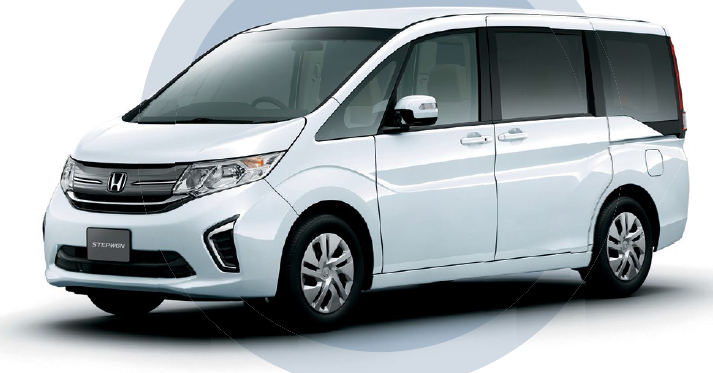 Honda has launched the all-new Step WGN, an eightseater MPV with a “tallboy” bodystyle that rivals the Mazda Biante. Like its predecessor, the latest Step WGN has third-row seats that can be folded and stored in the floor for added flexibility. The new model, however, off ers even more convenience with its Waku Waku (a Japanese expression for “exciting”) tailgate, which features a sub-door that opens to the side.

Said sub-door has three opening angles to enable easier entry and egress for third-row passengers, saving them from having to squeeze past the second row. It also lets users load/unload cargo without having to open the entire tailgate, which is a challenge in tight carparks. For enhanced safety, the Step WGN can be equipped with Honda’s Sensing system, which includes a millimetre-wave radar and monocular camera that work together to detect both vehicles and pedestrians, and warn the driver of a potential collision.

The Step WGN’s performance has taken a step up, too. It’s the first model equipped with Honda’s new 1.5-litre VTEC turbo engine, which produces 150bhp and 203Nm. We can expect to see this powerplant in other Hondas in the near future, but the Step WGN is unlikely to be here any time soon – at press time, offi cial agent Kah Motor had no plans to launch this MPV in Singapore. 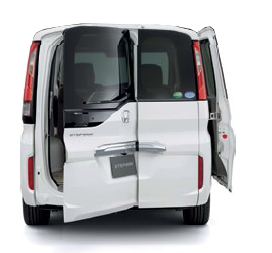 The facelifted BMW 3 Series has greater road presence thanks to its updated design, which includes wider air intakes and optional LED headlamps. New trim and customisation options for the interior are also available, but junior execs are likely to be more excited by the new engines and more powerful model variants. 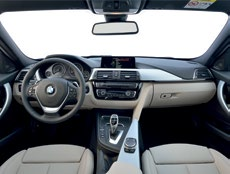 Sure to be popular with local buyers, however, is the entry-level 318i, which is powered by the same turbocharged 1.5-litre, 3-cylinder motor as the MINI Cooper hatch. The updated 3 Series will come to Singapore in the fourth quarter of this year. 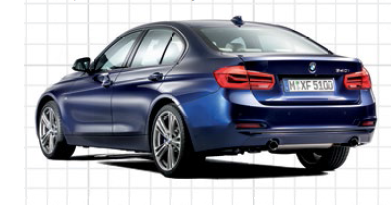 SsangYong has launched the Tivoli compact crossover – the first new model from the Korean manufacturer since it was acquired by Indian automaker Mahindra & Mahindra in 2011. Named after a small town outside Rome, Italy, the Tivoli has features such as an instrument cluster with six selectable backlight colours, variable steering assistance and ventilated front seats. This compact SUV will be available with either a 1.6-litre petrol motor or 1.6-litre turbodiesel. According to offi cial dealer Motorway, the Tivoli is currently undergoing homologation in Singapore. 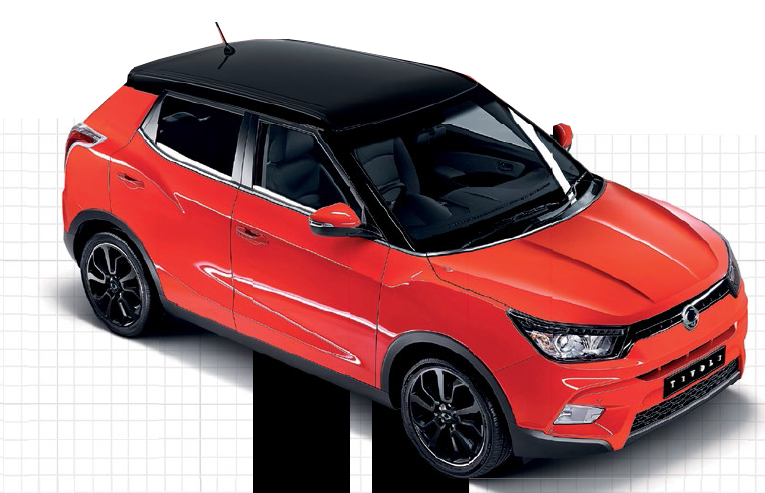 Porsche has opened its new Experience Center in the United States. Located at the north-east corner of the Hartsfield-Jackson airport in Atlanta, the complex spans 10.9ha and was built at a cost of US$100 million (S$132 million) – the largest investment by the carmaker outside of Germany. The facility includes a classic car gallery and a Human Performance Center. There is also a 2.6km Driver Development Track for enthusiasts to enhance their skills 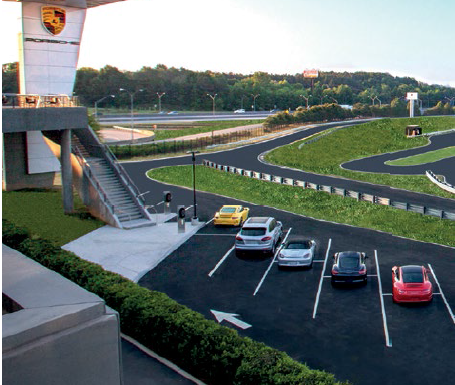 Land Rover production has crossed the six million mark, 67 years after the Series I off -roader was unveiled. The six millionth vehicle that rolled off the production line, however, was not a basic Landie – it was a Range Rover LWB destined for a Chinese customer. To commemorate this particular Rangie’s significance, it was fitted with a special puddle light that displays the brand logo and production figure. 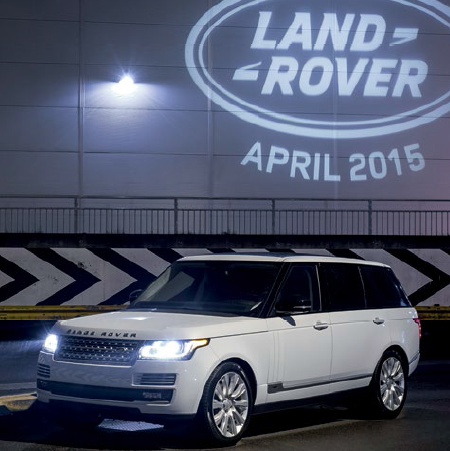 General Motors (GM) has become the first automaker to produce 500 million vehicles – the most any manufacturer has produced in history. To celebrate this achievement, the 106-year-old carmaker gave away a new GMbranded vehicle to five lucky customers from around the world, including a farmer in Thailand who received a Chevrolet Colorado pickup (left). Another American firm that passed a half-billion milestone is tech giant Apple, which sold its 500 millionth iPhone last year. 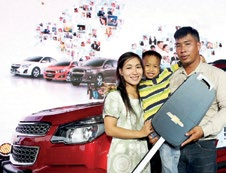 You may not be able to aff ord a Bugatti Veyron (which is out of production anyway), but you can certainly aspire to own the Unique Racing Desk. Manufactured by Design Epicentrum, a Polish furniture company, the desk is constructed from wood, while the replica Veyron front end is made from fibreglass. Just make sure you inform your boss that sitting behind this desk doesn’t speed up your productivity. 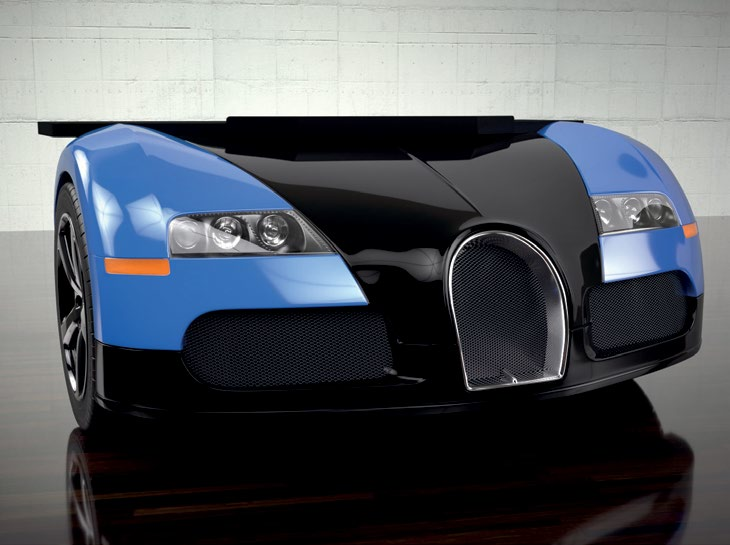 Ford designers showcased their nonautomotive creations at the Salone del Mobile in Milan, Italy. Inspired by the carmaker’s upcoming GT supercar, the creations include a foosball table with real grass, an armchair made from single-piece mould, and a “floating” table featuring a solid wood core supported by aluminium legs. 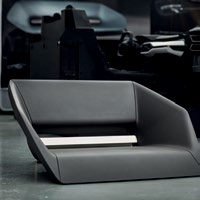 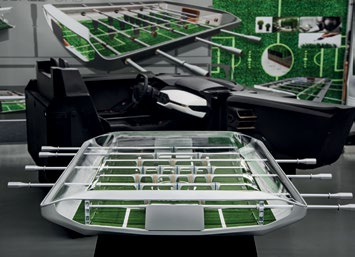 Mazda designers Setsu and Shinobu Ito collaborated with Italian furniture makers to create the Sofa by Kodo. Kodo refers to the brand’s “motion of life” design philosophy, which is inspired by animals in the wild. The dynamic-looking sofa supposedly evokes the Mazda CX-3’s strong stance, agility and speed. We’re not furnituredesign experts, but we think this couch would look cool in any home. 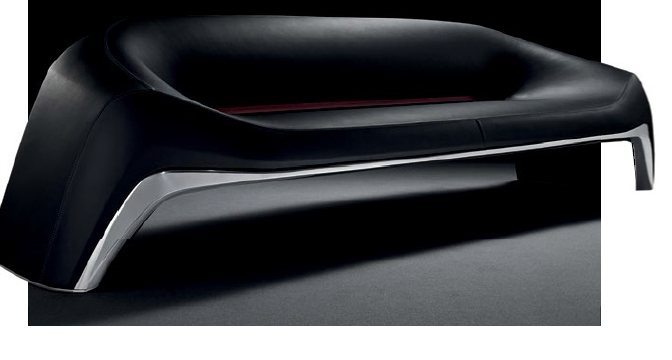