Our good doctor is upset that many motorists here still do not understand the importance of giving way to ambulances.

TIME is Brain. So goes the neurologist’s mantra.

With every minute that passes after a stroke, brain cells starved of essential blood supply surrender their vitality.

They become liquefied, lifeless cells and transform into irretrievable scars.

This, of course, is tragically devastating on a person’s functional ability. Deficits may range from permanent loss of sensation to a person rendered bedbound, unable to communicate, and incapable of self-care.

As a gross rule of thumb, one side of the brain controls the other side of the body, hence explaining why many strokes result in asymmetrical symptoms.

A stroke occurs when one or more blood vessels are suddenly blocked because of a migrating blood clot or a rupture of plaques in the vessel wall itself. This rapidly and almost instantaneously suffocates affected brain cells, much like an expressway exit suddenly blocked by an overturned truck.

No traffic reaches the homes and businesses on the other side. But if blood flow is restored by the rapid administration of hyperacute treatment within a limited time-frame, there is a possibility that the affected area of the brain, or at least part of it, can be salvaged with the return of cellular function.

Said treatment involves either the use of a powerful blood-thinning medication designed to dissolve clots and/or a procedure that attempts to mechanically relieve the blockage.

But if left untreated, irreversible brain damage is inevitable. The hyperacute treatment will no longer work, and in fact can be counterproductively dangerous if administered.

This is why the acronym at the centre of public education internationally is “FAST”.

F stands for Facial Asymmetry, A for Arm (or limb) weakness, S for Speech slurring or difficulty and T for Time – the central and essential component of our response.

IF YOU SEE FLASHING BLUE AND RED LIGHTS IN YOUR MIRRORS, GET OUT OF THE WAY. STAT. 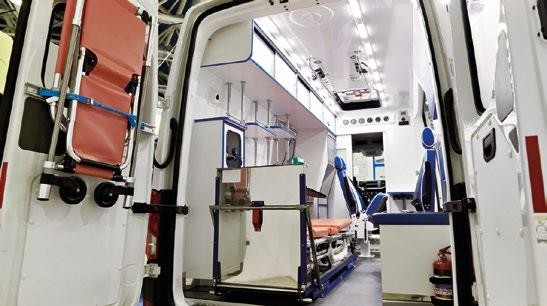 This may be the most obvious thing in the world, but allowing an ambulance free and rapid passage, for any emergency, can save lives and limbs.

Oddly enough, there have been many occasions during peak hours when, keeping entirely left, I was not far behind an ambulance that was desperately trying to plough through the rightmost lane.

This is not necessarily a function of people brazenly or obliviously obstructing the ambulance. People do filter out.

Yet, the ambulance needs to crawl. Wondering why, I take to the internet, where I witness the glorious sight of German motorists on the autobahn angling left and right, opening the road like a zipper right down the middle for an ambulance to speed right through.

My hypothesis is that there are three main reasons for the difference.

Firstly, Singaporeans being Singaporeans are held in the invisible chokehold of lane discipline. Lane markings be damned in Germany, cars peel off every which way allowing every inch of the tarmac to be utilised.

The straight-laced, straight-thinking, PSLE, O and A Level graduate Singaporean driver switches out of the way, but neatly right into the middle of the next lane again.

Secondly, drivers often only move out of the way when the ambulance is right on their tail, rather than way in advance to allow the ambulance to maintain momentum.

I have no explanation for this.

Lastly, our ambulance crews tend to drive down the right lane, leaving cars only one direction (left) to get out of the way.

Quite why the “parting the Red Sea” approach is not used is likely a result of habit and training, both on the part of the public at large and the ambulance crews. Perhaps this practice is ripe for change.

Long story short: If you have a stroke, think FAST.

If there is red and blue behind you, move. Immediately.

APART FROM THINKING FAST, DR KONG ALSO WISHES MOTORISTS WOULD HAVE MORE SITUATIONAL AWARENESS AND CONCERN FOR OTHER ROAD USERS.