Our mechanical engineer explains the difference once and for all, with the help of two “cyclists”. 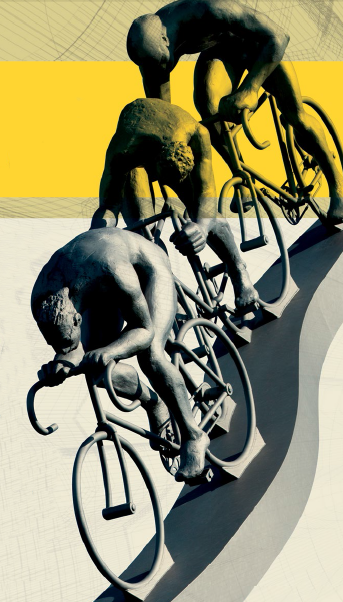 TORQUE is the work done by the engine, and its unit of measurement is Newtonmetres (Nm), which is what a dyno measures. Power is a derived value, calculated by multiplying the torque with the rotational speed at that instant. Note that rotational/angular speed must be converted from revs per minute (rpm) to radians per second, using a multiplication factor of 0.1047, because “radians” cannot be quantified mathematically. Thus, an engine that produces 400Nm while spinning at 5000rpm has a power rating of 209.4 kilowatts (kW). This means 400 x 5000 x 0.1047 = 209,400Nm per second, or 209,400 watts (209.4kW) at that speed. In other words, and without numbers this time, power is work done per unit time (Nm per second), or the rate at which work is done. I always use bicycle riding to illustrate the diff erence between torque and power. 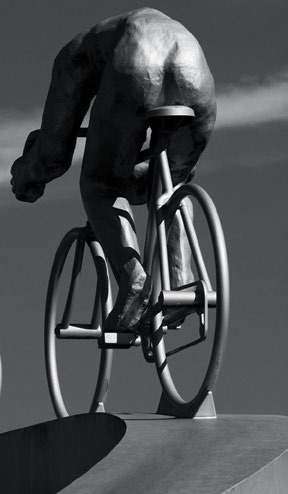 Mr T (for torque) and Mr P (for power) are cyclists on identical bicycles. Both men weigh exactly the same and are similarly attired, but P is fitter. Both of them can ride up a given hill because T and P can produce the same torque. However, energetic P can pedal consistently faster, and so he gets to the top of the hill quicker than T. Same torque but diff erent power, because P “works” at a higher crank speed. Back in the automotive arena, diesel engines produce a lot of torque, but because of their engine speed limitation, their maximum power is limited. On the other hand, an engine that can produce 300Nm at 18,000rpm (like the old, naturally aspirated F1 V8s) is good for 565,380 watts per second. That’s 565.38kW – a whopping 768.7bhp! 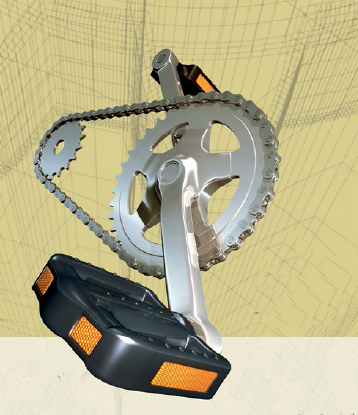 By pedalling faster, the “engine” riding the bicycle will generate more power from the same amount of torque and “crank” up the performance

In the case of the bicycle, the human body is the engine. Force exerted by the legs on the bicycle’s pedals is analogous to the eff ect of internal combustion, which acts on the piston that ultimately turns the crankshaft. The cyclist can exert a greater force by standing up and using his body weight to assist/increase his torque. The car engine, however, does not possess this flexibility. It must rely solely on the science of combustion, which unfortunately lacks consistency because a number of parameters aff ect combustion, and not all of them can be perfectly controlled. An internal combustion engine generates maximum torque at the instant when the combination of engine speed, induction effi ciency and fuel-air mixture is ideal for combustion that delivers maximum punch. 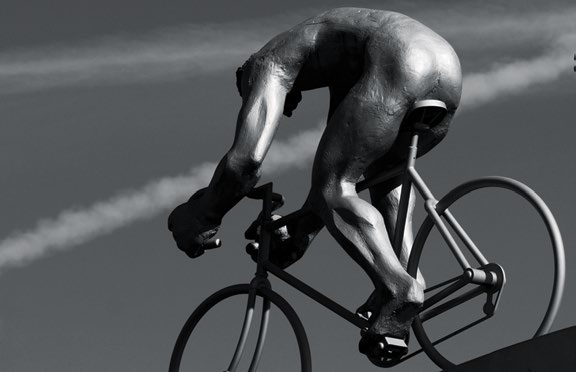 Torque is the work done, power is a derived value, so there can be no “hp” without “nm”.

Beyond this point, torque begins to fall, but engine speed continues to rise, which is why the quoted maximum power (torque multiplied by speed) occurs at a higher rpm level than maximum torque. This is a characteristic of every naturally aspirated engine. Modern forced-induction engines develop maximum torque across a rev range. Obviously, then, the rise in power is linear within this window of constant torque. This is why most turbocharged cars today feel very “powerful” in the midrange. So, the next time you talk about wanting more “hp” from your car, bear this in mind: There is no power without torque.