This issue, we address engine and fuel problems, and talk about the possible causes of car fires.

I find it troublesome to pump petrol when I still have a quarter of a tank left.

Can I let my fuel tank drain until it is nearly empty before refuelling?

Driving around with your fuel gauge hovering close to zero is a bad idea.

Doing so might cause the fuel pump, which is frantically trying to suck up every last millilitre of fuel left, to also suck up sediment that has settled in the tank.

This introduces dirt and debris in your engine, which could lead to problems later on.

Another reason you shouldn’t let your fuel level run too low is that it could cause your fuel pump to wear out prematurely.

This is because some fuel pumps are located within the tank itself and are cooled by the fuel.

If the fuel level drops too low, the pump sucks in air and could overheat, leading to premature wear.

The amber “Check Engine” warning lit up on my instrument panel recently.

I took the car to a workshop and was told that my “oh-two” sensor was faulty and that replacing it with a new one was the only remedy.

What exactly is this “oh-two” sensor? Why should I replace it?

The term “oh-two” comes from the chemical symbol of oxygen, which is O2.

In a car, the oxygen sensor (also referred to as lambda sensor) is an electrical device that measures the residual oxygen in the exhaust gases. It is located close to the exhaust manifold.

In newer cars there is usually a second one further down the exhaust pipe just before the catalytic converter.

The oxygen sensor measures the oxygen content after combustion and sends the data to the electronic controller (ECU).

Very precise adjustments are then made by the ECU to the throttle and fuel injection to maintain optimum fuel efficiency and minimise emissions.

Without the oxygen sensor, the engine will continue to run without showing any obvious signs of degradation in performance. However, there will be a measurable increase in fuel consumption and a slight increase in emissions, which cannot be detected.

In the long run, higher fuel bills will indicate a problem. 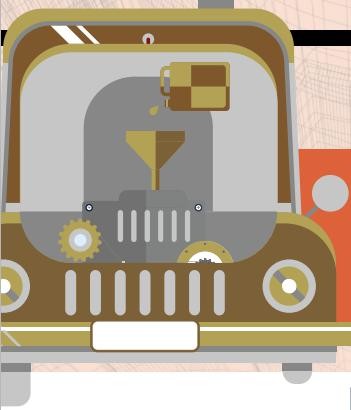 After a routine oil-change, I noticed that when I start my car in the mornings, the engine emits a rattling sound that goes away after a few seconds.

At other times, I do not hear such a noise. What could be the cause of this problem?

Since the rattling occurred after the oil change, the first thing to do is check what engine oil was used by the workshop.

Some workshops tend to use oil of a lower viscosity than recommended because the “thinner” oil helps the car run smoother and improve its fuel economy.

But the problem with using an engine oil that is one or two grades lower in viscosity than specified by the car manufacturer is that once the engine is shut down, the oil drains readily to the sump.

Re-starting after parking overnight means that there may not be sufficient residual oil in the channels and various moving parts. This could cause a momentary rattle, which disappears once enough oil is pumped from the sump.

The rattle should go away once you replace the oil with one of the right viscosity. 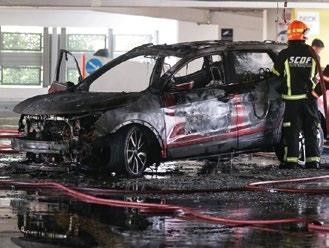 I have seen reports of cars catching fire while they are being driven. Most times, these car fires are not even due to a collision.

Is this something that can happen to any car? Some of the cars that have caught fire appear to be fairly new.

There are a number of reasons cars catch fire. Electrical faults are the most common.

Rarely does it ever happen with a new car unless some electrical accessory like a super hi-fi is installed by an inexperienced outfit.

The type and size of cables, connectors, fuse-links and proper routing of the various wires are very important considerations when any third- party electrical component is fitted to a car.

The main auxiliary electrical supply taken from the battery is critical because, with most cars, the battery shares space with the engine.

In this space, heat is a problem. And with any wiring, electrical current flow generates heat. The additional heat from the surroundings must be taken into consideration in sizing the cable.

Extreme care is necessary when installing any accessory that is not an original (factory fitted) electrical component.

For example, swopping your stock headlamp bulbs to higher-powered ones is not recommended as the original wiring may not be designed to take any increase in current.

If a particular fuse blows out more than once, it is highly recommended that the exact reason be urgently investigated and isolated.

There are stories of workshops replacing a blown fuse with one of a higher rating to prevent further incidences. However, all this does is allow more current flow than it was designed for.

Long before the fuse blows, the wire will overheat and perhaps start to burn the insulation.