Which of these subcompact saloons is most deserving of an A star from the new car buyer with a $100k budget?

ACQUIRING a brand new saloon in light of current market conditions is difficult, but not impossible. The three subcompact saloons we’ve gathered here are proof of this – each one is within reach of buyers who are shopping with a $100,000 budget. Keen to appeal to these buyers is the Hyundai Accent, successor to the Verna. Instead of looking like a basic Korean saloon, the Accent has a Euro-centric design that resembles its larger Elantra sibling. The Accent also has a healthy engine output and pretty lively performance. The newest player in this “cheap and cheerful” segment is the Mitsubishi Attrage. It offers a reasonably well-equipped cabin and an efficient 1.2-litredrivetrain, which aims to lower running costs. 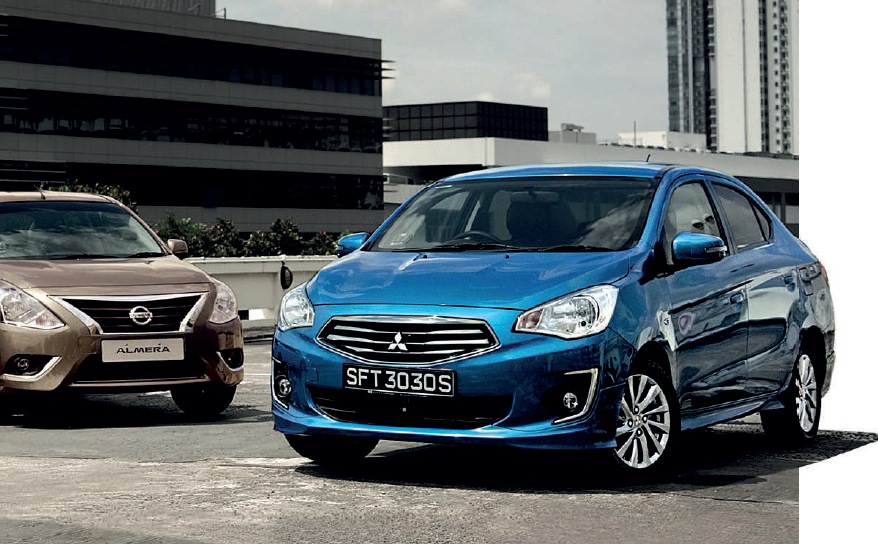 The most established contender of the trio is the Nissan Almera. As the least subcompact of the three cars, the Almera promises plenty of space and comfort – welcome attributes in this segment. Which of these subcompact saloons will score an A star from the cost-conscious buyer? Continue reading to find out the results.

ENGINE: Hyundai’s 1.4-litre 4-cylinder with 100bhp and 133Nm has the greatest output and the quickest performance.

ENGINE: Nissan’s 1.5-litre 4-pot with 99bhp and 134Nm is the least frugal, but is peppier than the Mitsubishi motor.

ENGINE: Mitsubishi’s 1.2-litre 3-cylinder with 78bhp and 100Nm has the least energy, but the highest effi ciency of the three engines.

CVT is the creamiest transmission and the only one with an override (“6-speed”) function.

Almera’s automatic only has four ratios, but operates as quietly as the Accent’s gearbox.

CVT is the least responsive transmission and feels more “rubbery” than the Accent’s.

COCKPIT: The most practical, thanks to its generous storage points, but lacks two functions found in its two rivals: keyless entry/ ignition and digital climate control. BACKSEAT: Has less space than the other two cabins, but it’s the only one with rear doorbins. Flatter rear floor makes it easier to squeeze three pairs of legs.

COCKPIT: Best for a petite driver, as the default seating position is the highest and overall visibility is the greatest. Hi-fi system is prone to static, though. BACKSEAT: The most legroom and the cushiest armrest. But unlike the others, it only has three-point belts for two people, with a mere lap belt for the third person.

COCKPIT: Most user-friendly, thanks to the large buttons and logical layout. It’s the only contender in this story with electrically folding mirrors, too. BACKSEAT: Ideal for passengers with large feet, as footwell space is the most generous. Like the Accent, it offers a three-point seatbelt for the middle occupant.

BOOT: Capacity of 465 litres is the most useful of the trio, as it has the least wheel-arch intrusion and it’s the only boot with splitfolding rear seats.

BOOT: Capacity of 490 litres is suited for bulky items, as its aperture is the largest. Exterior release switch, located under the boot lid, is in the right place.

BOOT: Volume of 450 litres is ready for heavy items, as it has the lowest loading height, but the tiny boot light means less convenience at night.

With its decent equipment and intuitive controls, the Attrage appeals to the driver motoring on a shoestring. The car’s only drawback is its relaxed performance, but it earns points for being frugal (which makes it cheap to run) and green (which qualifies for a $10k CEVS rebate that makes it cheaper to buy). For added peace of mind, the engine is also covered by a 10-year/200,000km warranty (the car has to be serviced at Cycle & Carriage), which is unique in this segment.

KEYS (From left) The Almera fob is the slimmest and easiest to park in the pocket, the Attrage’s device is the largest and classiest, while the buttons on the Accent’s switchblade-type key are the nicest to press.

The Nissan Almera isn’t as fuel-efficient as its two rivals in this article, but its spaciousness and refinement are very convincing. Less compelling, however, is its comparatively higher cost. At press time, it commands a premium of $7.8k and $4.8k over the Accent and Attrage respectively. This impacts its value for money. But if the buyer is able/happy to stretch his budget a bit, he’ll acquire one of the roomiest saloons at this price point. Proving itself to be really cheap and good is the Hyundai Accent. It may not be as spacious as the Almera or as well-equipped as the Attrage, but the Accent has a better than “budget” cabin, while its peppy powerplant and seamless transmission deliver a surprisingly nice drive. 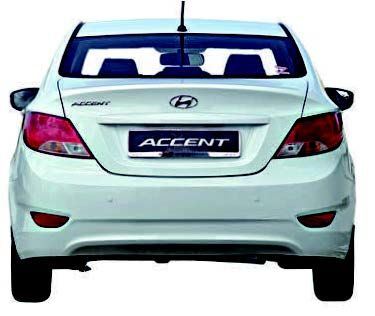 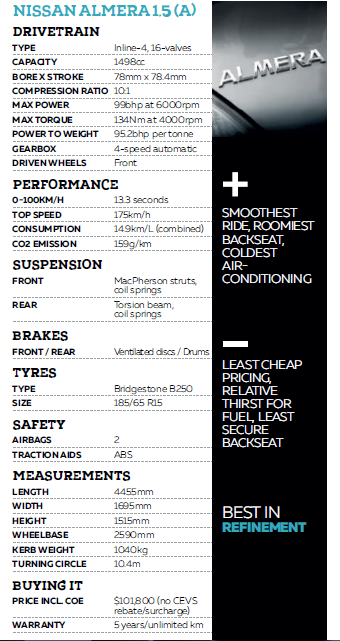 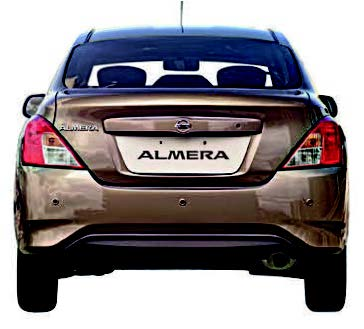 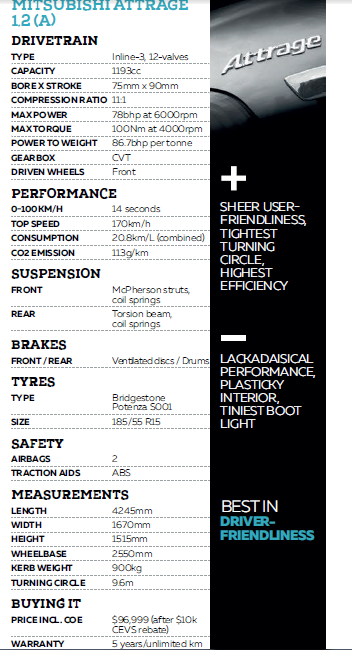 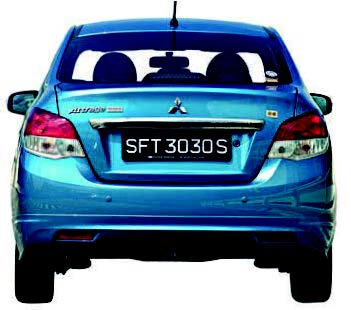