The Jetta and Corolla, both recently updated, are the star buys in their segment. Which saloon shines brighter? 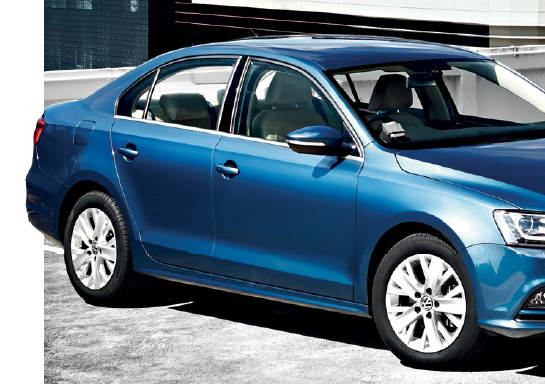 The Jetta (right) is jazzier than before, while the Corolla (far right) is simply stylish.

TWO of the most popular saloons in Singapore are the Volkswagen Jetta and Toyota Corolla Altis. The former is the German marque’s best-selling saloon, while the latter was, by far, the choice pick of Japanese cars here in 2014. Both Volkswagen and Toyota have raised their stakes by introducing updated models of the Jetta and Corolla to the Singapore market. The Jetta’s facelift is a timely one, as the pre-facelift model was introduced five years ago. The Corolla’s update, on the other hand, is ahead of time, because the current model was only launched last year. Aiming to convert the Corolla customer, the Jetta sports a slightly jazzier design than before, with a more elegant grille and a redesigned front bumper that Volkswagen says reduces the car’s aerodynamic drag by 10 percent. 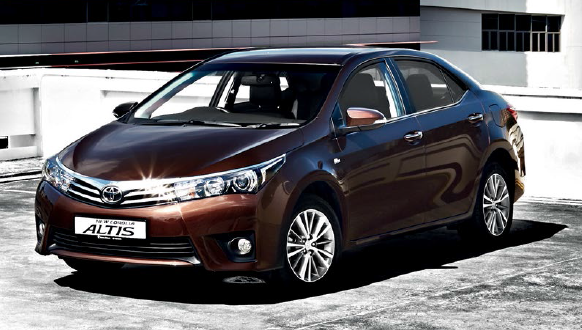 Although the exterior of the Corolla hasn’t received any tweaks, it still looks sharper than the Jetta’s, or, for that matter, those of previous Corollas. The current version is stylish, and that’s saying a lot. Between these two saloons, it’s the interior of the Jetta that looks more upmarket. The instrument panel now features individual binnacles for the speedometer and tachometer, while the infotainment system is more attractive and more user-friendly at the same time, thanks to its touchscreen interface.

There are two small missteps, though. Firstly, the addition of glossy black trimmings on the dashboard and the gearlever surround will only serve to attract fingerprints. Secondly, the switches on the new steering wheel are less intuitive than those on the old one. The Corolla cockpit has no such missteps in ergonomics. In fact, one of its strengths for the longest time is its ease of use. Even a driver who has never sat in a Toyota saloon won’t have any trouble figuring out the controls. There are two minor enhancements for the 2015 model tested here: The leather upholstery is now factory-fitted, and the driver’s seat is now electrically adjusted. The latter feature, however, doesn’t include a memory function, without which the electric adjustment is less useful than it should be. 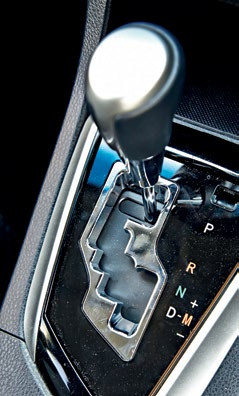 As usual, the Corolla’s airconditioning is ridiculously powerful. It makes the cabin feel like a walk-in chiller with four doors (groceries sold separately). Too bad the car lacks an additional auto-climate zone and rear air-con vents, which are all present in the Jetta. But the Corolla is even roomier in the rear, thanks to its wider bench and flat floorboard. It can fit three adults there, whereas the Jetta backseat is more comfortable for two occupants due to its rearward-protruding centre console.

The Jetta’s 510-litre boot (right) is larger than the Corolla’s 470 litres (far right) and is even more practical, with netted portions for small items.

However, the Jetta off ers bigger doorbins and a 12-volt socket for charging personal mobile devices. On the go, it is the turbo 1.4-litre Jetta that will please the driver more than the naturally aspirated 1.6-litre Corolla. With 122bhp and a healthy 200Nm (from just 1500rpm), the German saloon easily outpaces the Corolla, taking less than 10 seconds (9.8) to hit 100km/h. The VW’s 7-speed dual-clutch gearbox is a real treat as well – its gearchanges are snappy, and it off ers a Sport function that holds onto each forward ratio for a longer, “sportier” period. 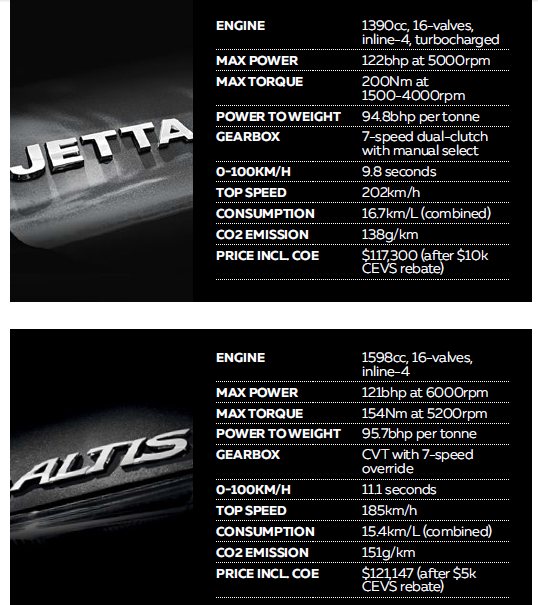 The driver who likes to take things easy will prefer the Corolla which takes 11.1 seconds to accomplish the century sprint. The Toyota motor produces 121bhp – just one horse less than the Jetta – but its 154Nm is a significant 46Nm down. The Corolla’s continuously variable transmission (CVT) isn’t as quick as Volkswagen’s dualclutch gearbox, but the Japanese CVT operates in an even more seamless manner, especially when “creeping” in traffi c and carparks. The Corolla is slower than the Jetta in a straight line, but its handling is surprisingly decent, and accompanied by some feedback from its steering, too. The Jetta is a better handler, however, being more planted around corners, and yet pliant in its damping. 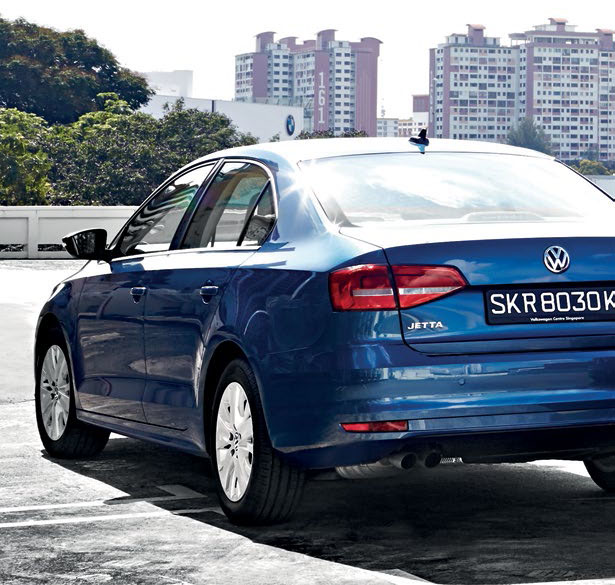 Both cars here are goodlooking, practical and fueleffi cient. The Jetta outshines the Corolla in terms of performance, while the latter automobile does a more brilliant job of accommodating passengers. And their prices are merely a few thousand dollars apart. So, what happens when these rival stars collide in Singapore? Well, they give bedazzled buyers plenty to think/read about. 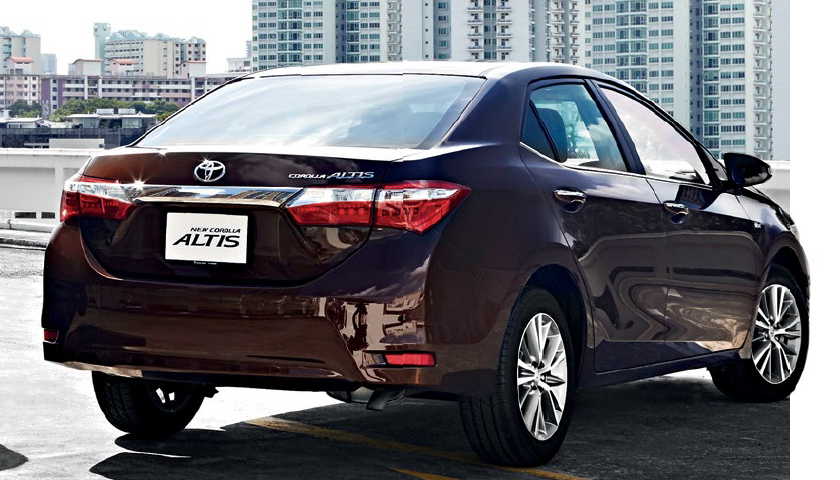 The jetta is the sportier performer, but the corolla is better at accommodating passengers.