The new BMW X5M will scare the living daylights out of fast performance saloons. 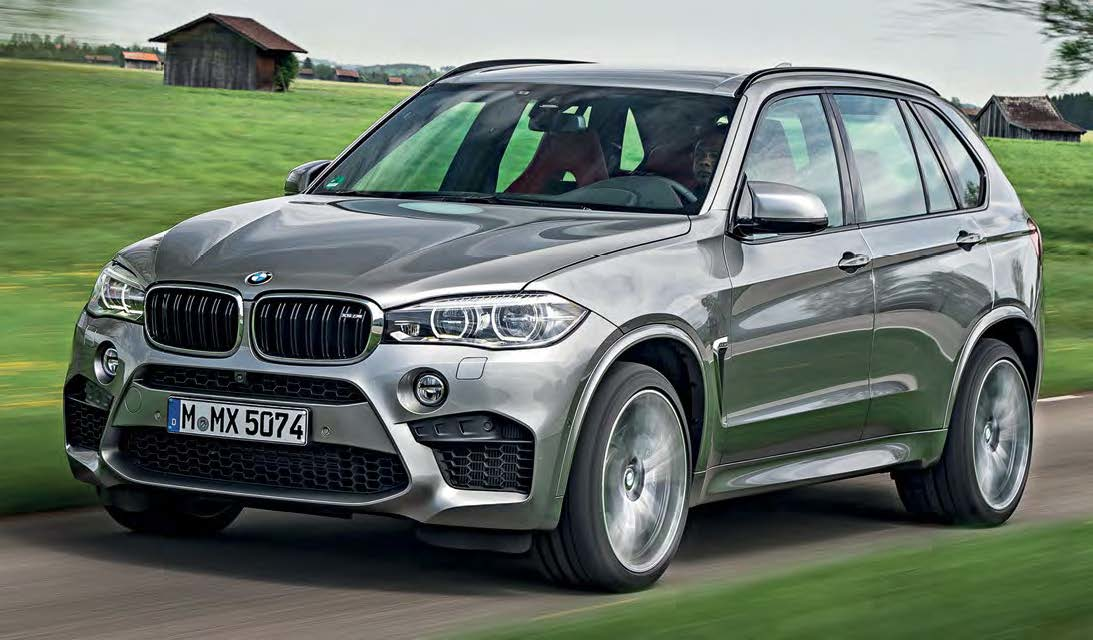 ACCORDING to dictionary. com, a sports utility vehicle is “a rugged vehicle with a truck-like chassis and fourwheel- drive, designed for occasional off -road use”. But there is nothing truck-like about the chassis of BMW’s latest high-performance SUV, the X5M. Based on the F15-model X5, the M version is currently the most powerful BMW available. BMW’s “go-faster” division, M GmbH, engineered the X5 to elevate it to M-status, and claims that the newcomer is ready for the racetrack, like all other M models. Powering the X5M is the latest version of BMW’s twinturbo 4.4-litre V8, whose pair of twin-scroll turbocharger units are mounted in the cleavage of the V-block. The bespoke components include a stronger yet lighter crankshaft and a modified exhaust system. Finely tuned by BMW M engineers, the engine is capable of maintaining the full 750Nm of torque between 2200rpm and 5000rpm, and the 575bhp of peak power between 6000rpm and 6500rpm. There are no less than 10 heat exchangers to keep things cool (or rather, at optimum temperature) for consistent performance. The 8-speed automatic transmission gets M-Logic software, which means faster shifts (up or down) and the unusual “creep-on-demand” feature – you need to prod the accelerator pedal just a little before the car starts to move. Most drivers used to conventional automatics might take some time getting used to this characteristic, but it certainly enhances the impression of a dual-clutch gearbox, as do the gearshifts, which are smooth and incredibly quick. 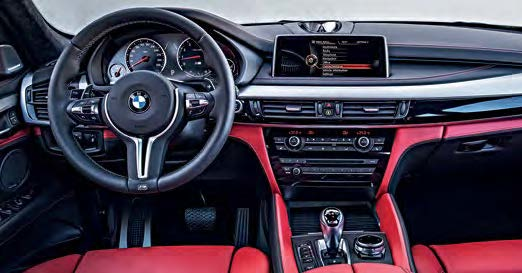 The X5M’s host of suspension modifications – including stiff er, specially formed bushings; uprated springs and dampers; 10mm lower ride height; redesigned wheel geometry; and active anti-roll control – are claimed to result in sharper dynamics. Even the tyres are specially developed by Michelin to the specific needs of the M engineers. In view of the car’s 2275kg kerb weight, it must have been a daunting task to target track work as a prerequisite. The test route, unfortunately, does not include any race circuit. But a mix of speedunlimited highways plus plenty of twisty, narrow mountain roads aptly prove that this is one SUV that can carry the word “sports” with pride. 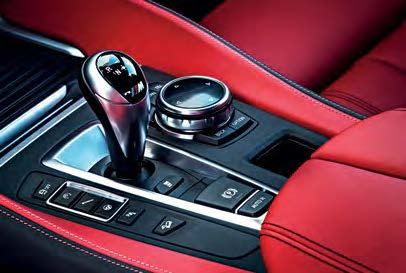 While the X5M cannot hide its girth on narrow roads, the combination of sharp and precise steering, strong brakes (6-pot in front), negligible body roll and four-wheel-drive grip makes it easy to take sharp turns neatly and devastatingly quickly. It is a pleasure to drive such a powerful and commanding machine without having to feather the throttle when accelerating fast out of corners, especially in the wet. The rear-biased X-Drive system allows a bit of tailslide in Sport and Sport+ modes, but the electronic multi-plate centre diff erential is always at work, and can direct up to 100 percent torque to the front or rear as necessary. Passengers won’t be having as much fun as the driver, but they’ll have no complaints about the interior and ride comfort, while the co-driver has the added benefit of a sports seat. The rear cabin is spacious and wide enough for three adults abreast. Our test car’s interior looks smashing with its red leather seats. From the outside, there is no mistaking the M pedigree. The car’s front has vast areas of air-intake openings for cooling, while its rear has four exhaust tailpipes jutting out of the apron. Adding to the visual drama are LED headlights and exterior tweaks for aerodynamics. It must have been a daunting task to turn the X5 into the X5M, but the end result is nothing short of remarkable. This car is a comfortable, fast and dynamically brilliant vehicle. In the case of this $529,800 super SUV, “occasional off -road use” means hitting a racetrack.

Porsche unveils the 911 Targa 4S Heritage Design Edition
This site uses cookies to help us serve you better. By continuing to explore our site, you accept our use of cookies.I Accept