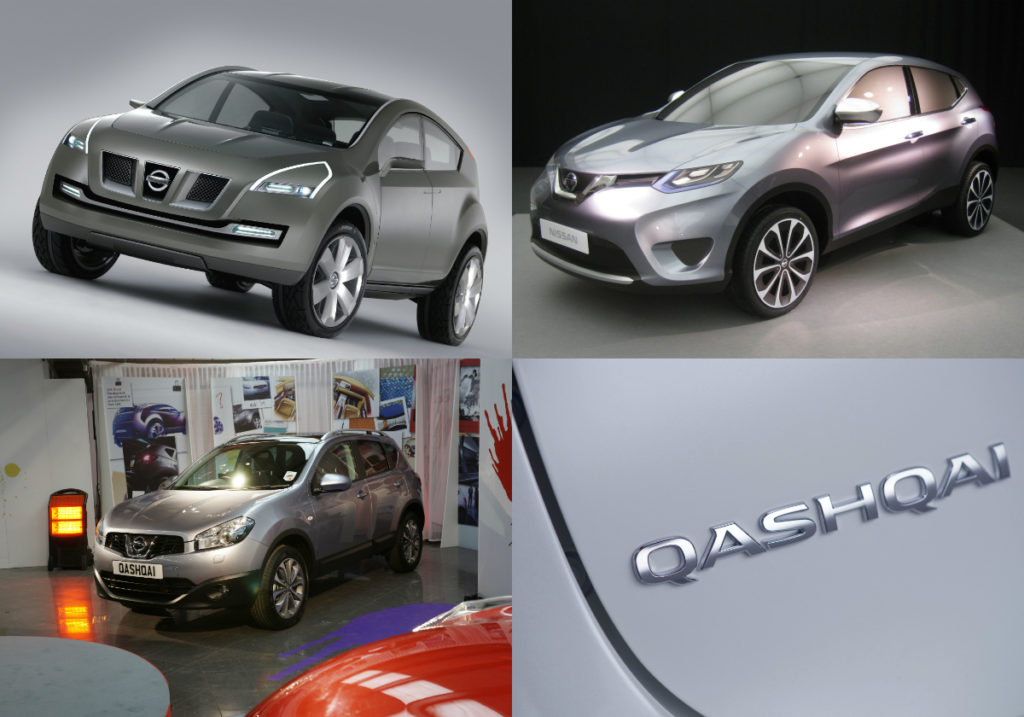 Back in 2002, sports utility vehicles (SUVs) were rising in popularity. Despite this, there were still considerable barriers to SUV ownership for many hatchback and saloon buyers, who were traditionally quite conservative in their car choice. Nissan customer clinics had highlighted that SUVs were considered too large for around-town manoeuvrability and general everyday useability, plus people didn’t like the poor fuel efficiency and lacklustre interior quality.

What followed was a period of research, focussed primarily on assessing the viability of creating a vehicle with the desirability, practicality and versatility of an SUV but with the size, driving dynamics and running costs of a family hatchback. The phrase coined internally to focus everyone’s thoughts was “urban nomad”.

Nissan design teams around the world were set the challenge of creating an exterior and an interior. As a result of a global collaboration, one proposal put forward by Nissan Design Europe (NDE) became the 2004 Qashqai concept car.

For the production model, the selected exterior came from Nissan’s Global Design Centre in Japan, while the interior was penned by Nissan Design America. Given the Qashqai was initially to be a car for European customers only, both elements were then transferred to NDE for further refinement, to make the designs to perfectly fit the needs of European customers. Similarly, with the car aimed mainly at European drivers, engineers at Nissan’s European Technical Centre (NTCE) in Cranfield, UK, were commissioned to develop an engineering framework.

The car was unveiled as a concept at Geneva Motor Show in March 2004. It was called Qashqai, a word derived from the name of an Iranian tribe and linked to the car’s positioning as an “urban nomad”. It was greeted with scepticism, with automotive media reluctant to accept there was a market for Nissan’s strange new SUV/hatchback hybrid.

Following the Geneva event, development work on the production car continued and the final design and engineering specification were locked. By this time, a high-level decision had been taken that the Qashqai would serve as a replacement for both the Almera in the C-segment and Primera in the D-segment. The Primera was a decent enough car, but had low sales compared with the segment’s volume players.

Customer demand was such that plans to build 120,000 units a year were quickly revised, with 160,000 made in the first year alone. Today, the plant has been working three shifts a day for almost six years to keep up with Qashqai orders.

The Qashqai went on sale in February 2007 and was a hit with customers from the very start. By the end of that year, more than 100,000 Qashqais had been sold in Europe. The biggest market was the UK, which had sold 18,000 of them.

By 2010, Nissan had sold a staggering 1.2 million Qashqais across Europe, and marked the occasion by launching an updated version with a range of design and technology enhancements.

The second-generation Qashqai was unveiled at an event in November 2013 and made its motor show debut at Geneva the following March. Almost 5cm longer than its predecessor, as well as being lower and wider, it features a far more sleek and athletic exterior design plus a higher-quality interior.

It was the perfect illustration of how Nissan has consistently innovated during the Qashqai’s lifecycle – the model maintained its original crossover DNA, elevated driving position and efficient running costs, but added more of what customers required from an everyday family car.

Key to its appeal was the range of new technologies on offer. This included Nissan’s Safety Shield systems, which incorporated Forward Emergency Braking, Driver Attention Alert and Traffic Sign Recognition.

Three new versions of the Qashqai in 10 years, coupled with clear and consistent positioning as the ultimate urban vehicle, have led to sustained sales growth. It’s a car which has defied the convention of product lifecycles, increasing sales by 79 percent since 2007. Today it remains the class leader with 10.5 percent market-segment share across Europe.

Unsurprisingly, it was not long before rival car manufacturers launched their own urban crossovers. Today, there are 21 direct competitors to the Qashqai.

Fast-forward through 10 years and Qashqai sales underpin Nissan’s commercial success across Europe. It has remained the most popular crossover because the model proposition has not changed, and that blend of SUV practicality and hatchback efficiency has made it the most successful European model in Nissan’s 83-year history.

At the end of 2016, the total number of Qashqais sold in Europe stands at 2.3 million. The car is currently on sale in 99 markets around the world, from Antigua to Australia via Algeria and Angola, and global sales have reached more than 3.3 million since 2007. 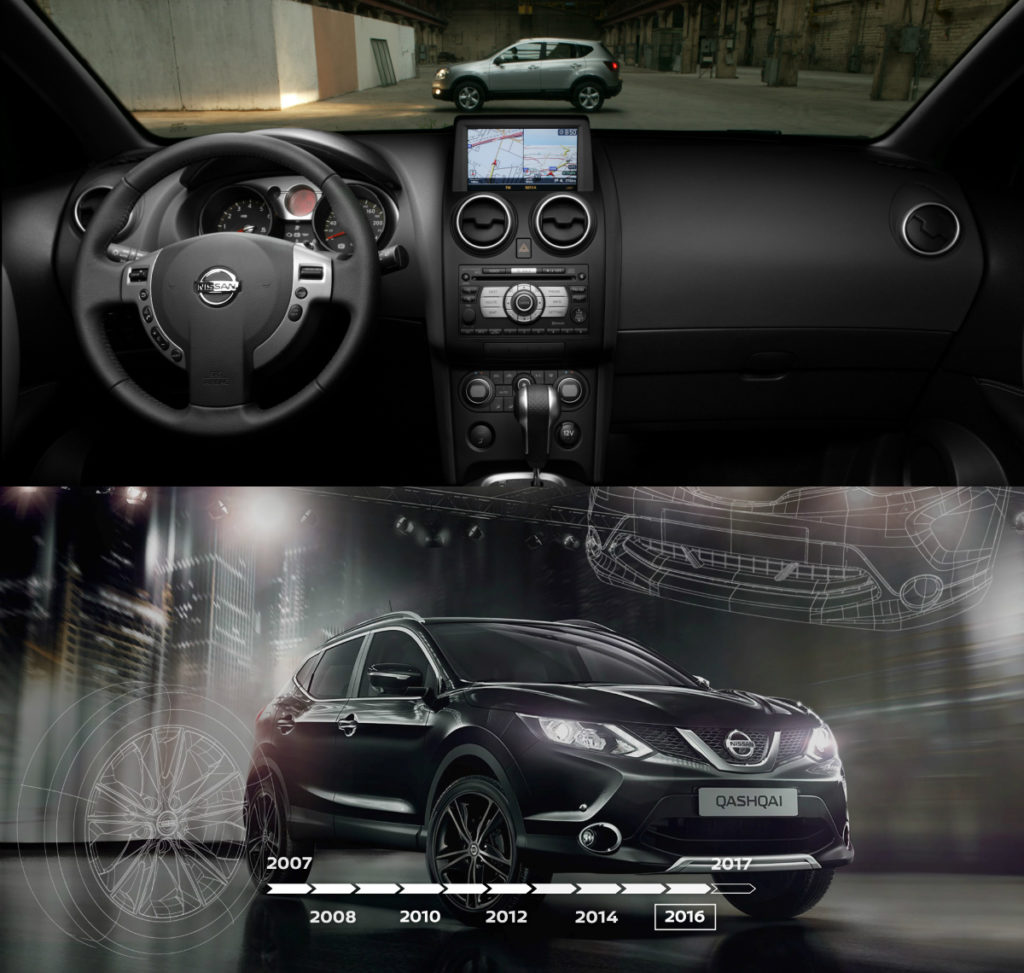