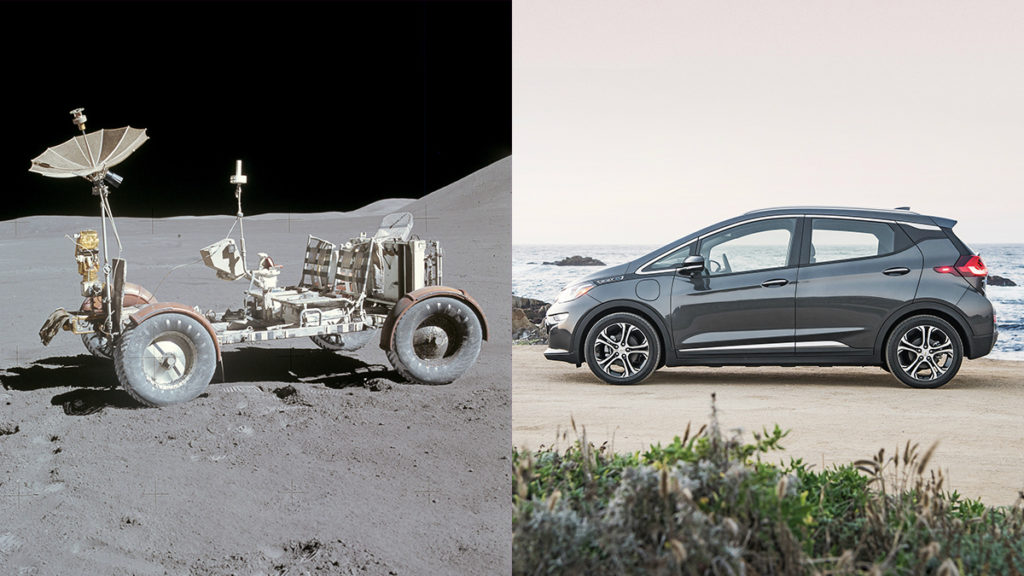 In July 1971, Apollo 15 astronauts explored the moon in the first electric-powered Lunar Rover, thanks to help from General Motors engineers. Fast-forward to the 2017 Chevrolet Bolt EV, and it’s clear once again that GM remains at the forefront of EV engineering.

With an EPA-estimated range of 383 kilometres on a single charge and costing a fraction of the Lunar Rover’s US$38 million price tag, the Bolt EV has made driving electric attainable for the Earth-bound.

Project chief engineer Ferenc Pavlics and his team thought outside the box to solve challenges for astronauts and future EV customers. Almost 50 years after the project, Pavlics still remembers the innovation and commitment required to build an electric vehicle with unprecedented performance.

“When our team began engineering for the Lunar Rover, there were so many unknowns, including varied terrain, extreme temperatures and the effect of reduced gravity,” said Pavlics, now retired. “We pushed the boundaries of automotive technology and worked hand in hand with the astronauts on the vehicle’s design.”

Pavlics sees a connective thread between his work then and Chevrolet’s contemporary electric vehicles. Today, Chevrolet EVs have the advantage of finding new roads on Earth, but the team brings the same commitment to engineering cars such as the award-winning Bolt EV.

The same innovative spirit that drove the company to engineer an electric vehicle for the moon lives on in the Bolt EV. Except today’s electric vehicle drivers don’t have to wear space suits. 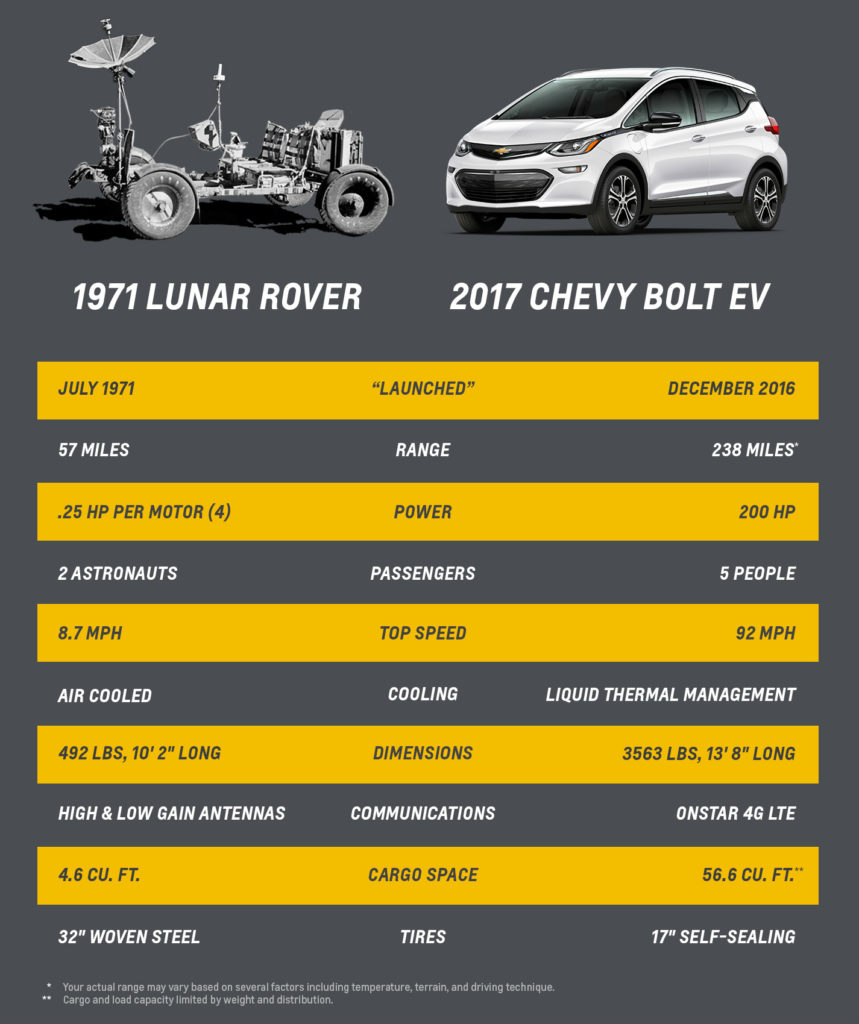 Chevy Bolt EV owners in the US drove a cumulative 7.35 million kilometres in four months.