Whenever anyone mentions Mini to me, two cars come to mind: the yellow one driven by Mr Bean, and the dark blue MINI in 2003’s The Italian Job.

If you’re confused by my use of “Mini” and “MINI”, here’s the explanation: Mini is the brand that existed from 1959 till it was taken over by BMW in 2000 and rebranded as MINI.

Most petrolheads I’ve spoken to see MINI as a premium brand with cars which are fun to drive, but nowhere as affordable as their ancestors. Hardcore Mini fans, on the other hand, have few polite words to say on this subject, since they feel that MINIs are not as wonderful as Minis.

It was always difficult for Mini lovers to convince me that they are right, for I had never driven a Mini till last year. Nevertheless, I cleared these arguments from my mind as I settled in behind the wheel of a 2016 MINI Cooper. 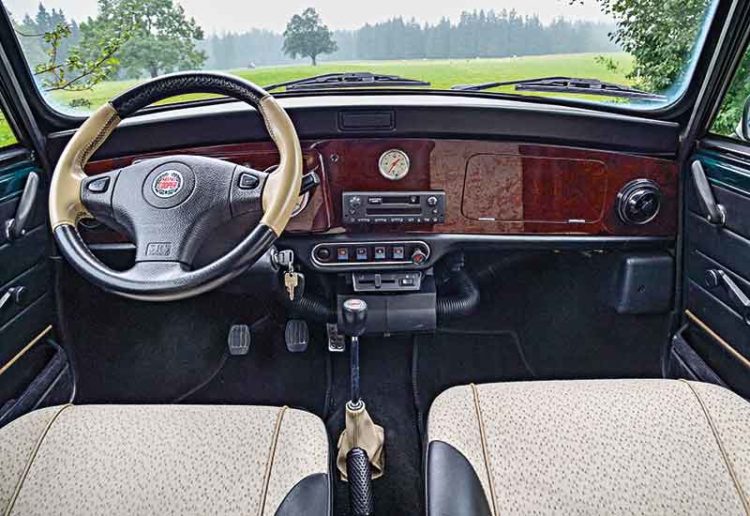 Having driven all three generations of the MINI hatchback, I immediately felt at home in the car, despite it being equipped with a 6-speed manual transmission instead of a 6-speed automatic.

The spot-on driving position also felt familiar. There was plenty of headroom, and the seats were wide enough to accommodate my well-fed frame.

Compared to the previous-gen MINI hatch, the current one is a lot more driver-friendly, with the speedometer and tachometer placed atop the steering column. To me, the previous “Big Ben” speedo parked in the middle of the dashboard is just annoying.

I also like the iDrive-based infotainment system. Controlled via a rotary knob, it’s a lot more intuitive than the little joystick found in the car’s predecessor.

As I set off, I was grateful for the more pliant ride compared to the previous model’s. None of my bones were jarred over poorer road surfaces, which I encountered frequently.

What I appreciated even more was how easy the gearbox was to operate. Shifts required little effort because both the throws and the clutch were light.

My progress in the three-door Cooper was equally effortless, thanks to the turbocharged 1.5-litre 3-cylinder beneath the bonnet. With 136bhp and a healthy 220Nm from just 1250rpm, the MINI felt very much like an eager puppy.

And showing the car a series of corners made it feel even more exuberant. I mostly kept to the second and third gears to ensure plenty of pulling power. The Cooper’s front end had plenty of grip, so I could cut my way through every road bend. 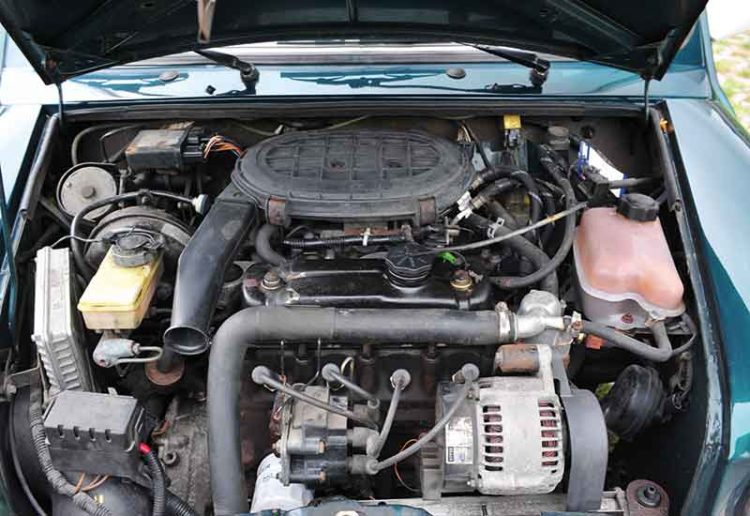 After zipping around in the 2016 MINI, I was only too excited to finally hop into the 1997 Mini. I reckoned the drive would be interesting, but I never expected it to be hilarious, too.

As I walked up to the Mini, the first thing that struck me was how small it was compared to its modern-day successor. In fact, the Mini looked adorably tiny and almost cartoonish.

But the moment I settled into the driver’s seat, I was surprised at how roomy the cabin actually was. Then, when I realised that I couldn’t adjust my seat, I knew this wasn’t a car that adapts to its driver. It’s the driver who must adapt to the car.

Next, I noticed the almost-horizontally angled steering wheel and the weird placement of the brake and throttle pedals.

Modern Cooper’s turbo 3-pot was effortless, while the old Cooper’s 4-pot required both patience and aggression from the writer.

Steering the Mini felt odd, but operating the pedals was downright tricky. With the brake pedal placed so close to the accelerator, and the accelerator right beside the floor protrusion, I had to turn my right heel towards the right to accelerate.

Getting the Mini up to speed took both aggression and patience. I had to be aggressive with the throttle, but patient in waiting for the power delivery, as the Mini’s naturally aspirated 1.3-litre 4-cylinder was not a motor that liked to be hurried.

All 63 of its British ponies had to be dragged out of their barn in order for any progress to be made.

Once they were out, those horses had to be harnessed by the vague 4-speed manual gearbox.
When I asked Andreas Lampka, MINI’s head of global product communications who was riding with me, what the gear layout was, he laughed and replied, “Just ‘stir’ the gearshift lever. They’re somewhere in there!” 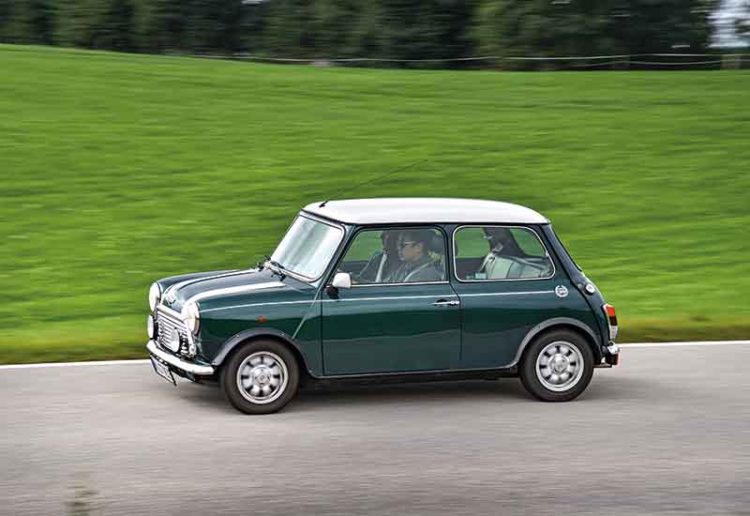 Indeed they were. Since I couldn’t feel them, I had to mentally picture an H-pattern and shove the gearlever into each point. I winced each time I released the clutch, but to my relief (and Andrea’s), I didn’t grind any gears.

At this point, my right foot was in an awkward position, my right hand was busy “stirring” the gearshift lever, while my left hand felt like it was turning a valve instead of a steering wheel.

I thought the drive couldn’t get any more challenging, until I discovered that I had to slam on the brakes to get the Mini to slow down. I wondered if the brake discs/drums were the size of espresso cup saucers.

But once I got used to these quirks, I found the Mini to be a very sweet drive.

Its tiny size allowed me to not only dive into corners, but chuck the car into them. And the performance was only limited by how fast I could move my arms/legs/feet while driving.

Even more amazing was how I managed to coax the Mini to 150km/h on the autobahn. Sure, the engine was roaring like a freight train and the wind noise was typhoon-like, but surprisingly, the Mini felt rock-solid at that speed.

As it turned out, my biggest problem was the lack of air-conditioning. Given everything I had to do, I had worked up a sweat just 15 minutes into the drive, despite the weather being a cool 10 deg C.

When I asked Andreas where the air-con controls were, he chuckled and proceeded to open the vents on the dashboard.

The chilly Munich air didn’t cool me down, so I could only imagine what it would be like to drive a classic Mini without air-con back in sunny Singapore.

Hardcore Mini fans are going to remain appalled at how much bigger, more complicated and more expensive modern MINIs are than the Minis of yesteryear.

But sooner or later, they’ll have to admit (albeit grudgingly) that BMW’s “Munich Job”, which transformed Mini into MINI, was not only well executed but also necessary.

If this “heist” had not taken place, the beloved British brand wouldn’t be where it is today. 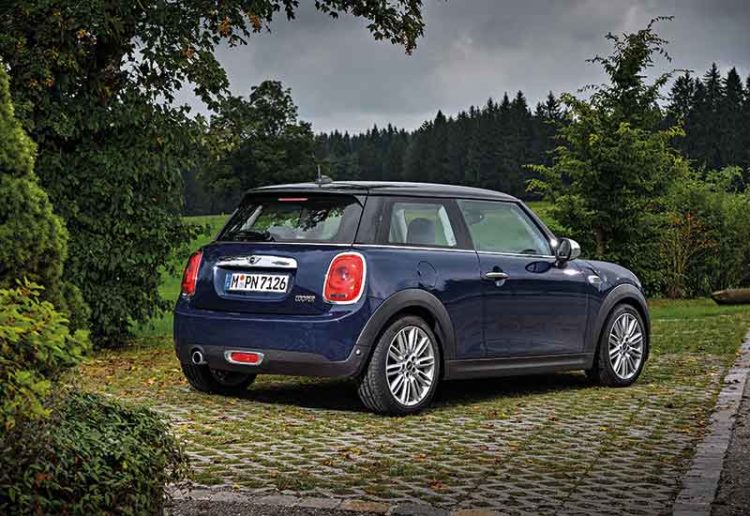 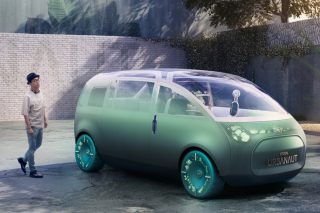 MINI Vision Urbanaut wants you to think about space

MINI Vision Urbanaut wants you to think about space