If you’ve seen cars being driven with their headlights off at night, you’re not alone. I, too, have lost count of how many motorists I’ve witnessed cruising around without realising that they’re endangering other road users.

Here are the five reasons why motorists drive around at night with their headlights switched off:

1) Well-lit roads. Our nicely illuminated roads seem to have made some drivers forgo turning on their headlights when driving at night. Unless a car is equipped with LED or HID headlamps, the beams cast by halogen bulbs aren’t always visible under the streetlights.

2) Illuminated instrument panels. Most modern cars have instrument panels that are illuminated when the engine is started, even if the headlamps are off. In newer vehicles, the headlight indicator is a small green symbol on the dashboard, which can be easy to miss. In contrast, most cars from two decades ago had dashboards that remained dark until the driver switched on the headlamps. This made it easy for motorists to tell whether their headlights were on or off.

3) Automatic headlights. This may sound contradictory, but automatic headlights are sometimes why drivers fail to switch on their headlamps. Knowing that the car has this function can make a driver complacent, especially if he/she is the type who turns off everything before leaving the vehicle in order to prevent unintended battery drainage. The next time said driver gets into their vehicle, they might forget about turning the headlight switch back to “Auto”.

5) Not turning the headlight knob/switch all the way. The first setting on most headlight knobs only switches on the small side lights, but since doing this also illuminates the instrument panel, some motorists might assume that the headlights are now on.

These reasons, however, are poor excuses for not switching on your car’s headlights, especially if it’s raining. Remember, safety is the first priority! 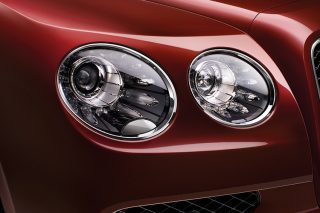