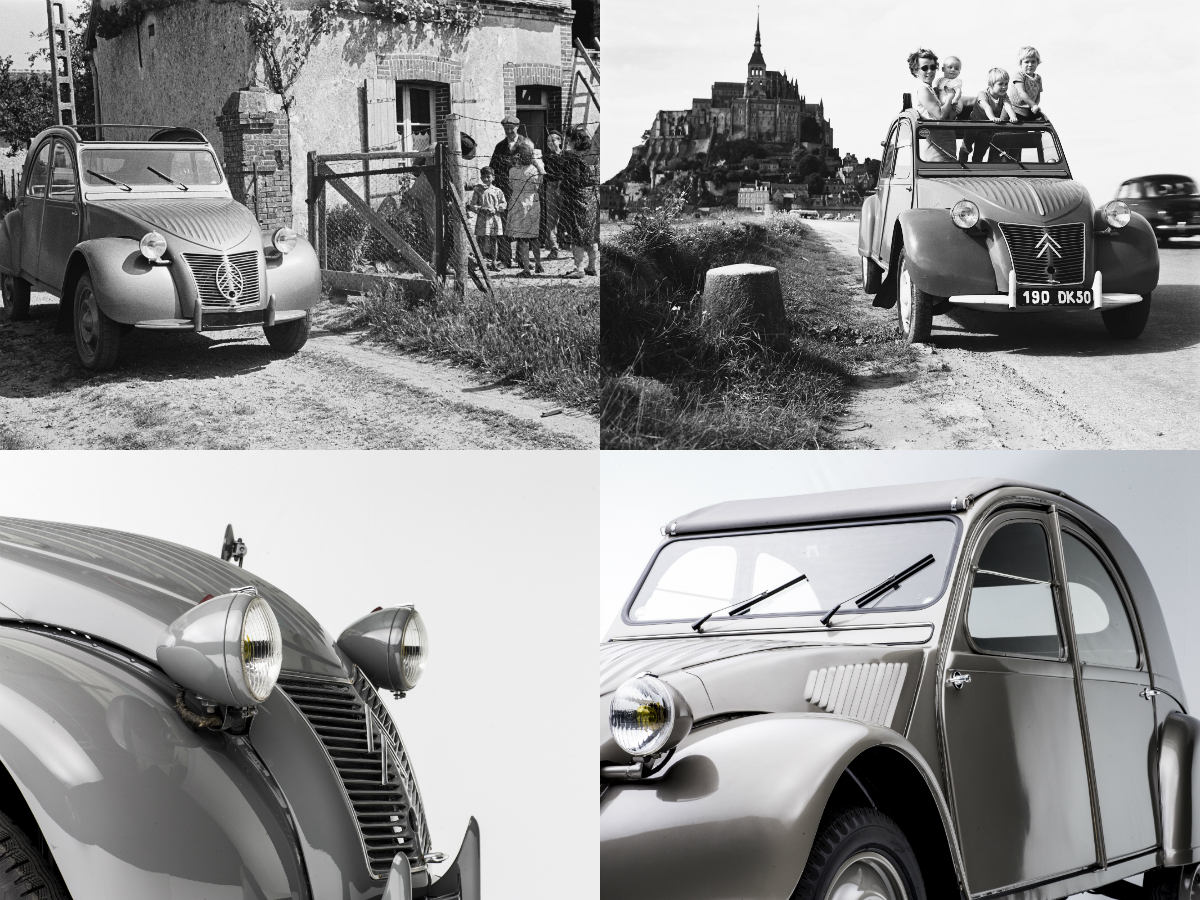 It was 70 years ago at the 1948 Paris Motor Show in the heart of France that the legendary 2CV, the most popular of Citroens, was unveiled for the first time.

At the 2018 Paris Motor Show, alongside its latest new models, Citroen gave pride of place to its legendary 2CV, displayed vertically against one of the walls of its stand. Because it was 70 years ago, at the 1948 Paris Motor Show, that the most popular of Citroens was unveiled for the first time!

At the 1948 Paris Motor Show, Citroen’s 2CV was unveiled in front of the President of the Republic Vincent Auriol and left the crowd speechless. While some folks made fun of its unique body shape, others saw in it all of the qualities which were still missing from many models of the time – simplicity, lightness, agility, comfort, versatility, etc.

From the first few days, the influx of orders proved the brand and its visionary designers right. Andre Lefebvre, in charge of the Citroen design office, indeed equipped the 2CV with a mass of ingenious technology for the era, such as front-wheel-drive, smooth long-travel suspension, air-cooled twin engine, etc.

In reality, it was even before the war, from 1936, that the TPV (Toute Petite Voiture – Very Small Car) project was born at Citroen. The aim was to make the motor vehicle a modern product, useful for work in the world of farming and accessible to the working classes, in an era when it was still considered as a luxury item.

Simplicity, frugality and ingenuity had therefore to be combined in the interests of an objective: “To carry four people and fifty kilos of potatoes or a keg, at the maximum speed of 60km/h”. The result: The first TPV weighed 370kg unladen and its cost came in at a third of that of the 11CV. It even only had one headlamp as the legislation of the time did not call for two!

In 1939, around 250 pre-series models were prepared for the Paris Motor Show, but it was cancelled due to the outbreak of war. The vehicles were deliberately destroyed or hidden. After World War II, Citroen took up the project again and so we had to wait until 1948 for the French automaker to unveil its 2CV at the Paris Motor Show.

Popular in the true sense of the word, Citroen’s 2CV subsequently became a real societal phenomenon – the car of farmers and vicars alike, of fathers and students alike, it had an exceptional career spanning 42 years, with over 5.1 million units sold (including the small vans) until 1990. Even today, the “Deuche” remains an icon of motor vehicle history and brings together many collectors throughout the world.