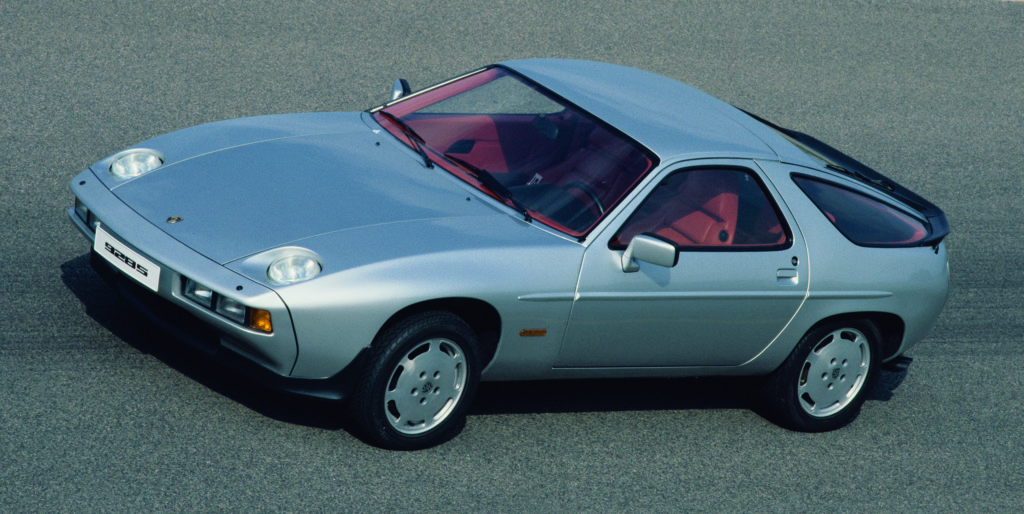 In the early 1970s, the Porsche and Piëch families had just withdrawn from the company. In the United States, Porsche’s biggest market at the time, legislators were discussing new crash-protection regulations. And the Porsche 911 was seen as obsolescent due to the stricter emissions and safety regulations on the horizon. The winds of change were in the air, and a few individuals at Porsche started to tackle these changes in a comprehensive manner.

Ernst Fuhrmann, the new chairman of the executive board, favoured a novel model concept – a radical renunciation of the rear-engine principle. He envisioned a sports car with the engine mounted in the front and the transmission in the rear, connected by something called a “fast shaft.” This distribution of the drive system components is known as a transaxle construction, and it was to be a defining feature of the Porsche 928.

The decision was daring, given Porsche’s tradition of rear-mounted engines, but “everyone was on board” when it was made, recalls Wolfhelm Gorissen, who directed the Porsche 928 project. Development started in February of 1972, and the engineers at the Weissach Development Centre broke new ground in every way.

The engine, derived from a water-cooled, 4.5-litre V8 racing assembly made of aluminum, became the first to appear in a European standard-production car. The engineers gave the chassis a completely new passive-steering, rear-wheel suspension called the “Weissach axle”. The car body was a combination of steel, aluminium, and plastic. And the polyurethane bumpers, yet another absolute novelty, were completely integrated into the body. They easily passed the newly introduced impact (pendulum) tests, which didn’t allow dents at impact speeds of up to 8km/h.

Bumpers hardly seem radical today but, at the time, they brought the engineers, designers and, of course, project director Gorissen to the brink of despair. It wasn’t just a matter of their complex, elastic mount. In particular, the paint job presented a challenge.

“At that time, we simply didn’t have a paint that could cover steel, aluminium and polyurethane equally well,” Gorissen recalls. “There were different shades wherever you looked.” The right paint for the job had yet to be invented – and it was, just in time for the series production.

While engineers were working on hundreds of little details in their quest to gain every possible centimetre and lose every possible kilogram, experts from the testing department were taking each successive prototype to its physical limits.

The nearly ideal 50:50 weight distribution between the front and rear axles, the large-volume V8 engine, and the sophisticated suspension created expectations of first-class performance, at least on paper. But the 928 actually outstripped all expectations.

Gorissen recalls those night-time test-drives in the Black Forest very clearly. “The car drove a full class better than the 911 of that time.”

The 928 was something different right from the start. Above all, it was positioned higher on the market – as a sporty touring car, or Porsche’s first Gran Turismo. The new car had four seats, although the two rear ones were not designed for long rides. It also felt extraordinarily spacious and had a capacious trunk. The car was considered large at the time, although it seems incredibly compact by today’s standards.

The 928 seemed to glide rather than roll on the road. Its V8 generated significantly less noise than the air-cooled engine of the 911. The vehicle handled much more agreeably and offered outstanding comfort: The air-conditioning system cooled the glove compartment; the height of the steering wheel and seats could be adjusted; and drivers could also adjust their pedal positions, footrest and gearshift. The windshield wipers had a separate tank with a dedicated dosage pump that sprayed a special cleaning agent onto the window from time to time to keep the glass free of streaks.

And finally, the car had a specially designed “Porsche cassette radio with excellent reception qualities and clear, user-friendly controls.”

The 928’s world debut at the Geneva Motor Show in March of 1977 was a sensation, and the public was thrilled.

But events turned out differently, as we now know, 40 years on, even though the Porsche 928 was the European Car of the Year in 1978, the first and only sports car to have received that honour; and even though it was continuously improved and upgraded. The 928 V8’s output increased from an initial 240hp to 350hp in the final evolutionary stage of the series (the 928 GTS released in 1991). Production of the 928 finally stopped in 1995, after a total of 61,056 vehicles had been built. 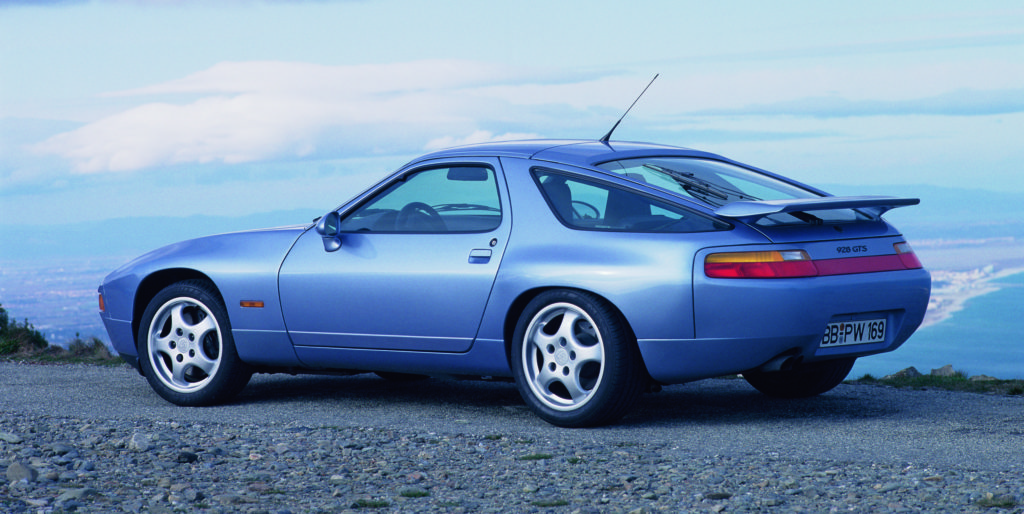 Read about the 5 reasons why petrolheads love the Porsche 911.