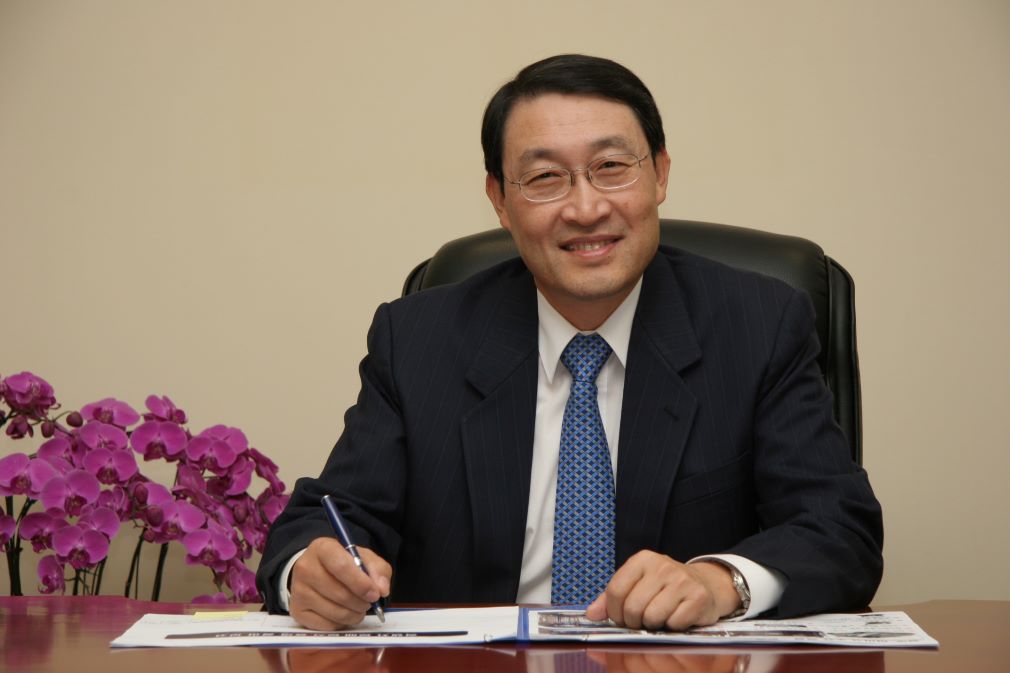 Most of us know that the internal combustion engine has been around for at least 100 years. We also know that although engines have become more powerful, they have also become more efficient compared to their forebears.

Now, what does it take to design and build an engine? For sure, the knowledge is certainly out there, for no single company holds the secret to making them.

But when your country’s automotive industry hasn’t taken off, creating your own engine isn’t so straightforward.

That was the task faced by Dr Hyun-Soon Lee, the former vice-chairman of research and development at Hyundai Motors. He started designing and building South Korea’s first automotive engine, the Hyundai Alpha, in 1984.

Dr Lee discusses the challenges he had to overcome in order to succeed in this endeavour, and talks about the future of the internal combustion engine.

WHAT MADE YOU DECIDE TO BECOME AN ENGINEER?

An engineer’s role is to help improve the lives of mankind by developing new products, tools and systems. Because I believed that the mechanical aspect is most crucial in this process, I decided to major in mechanical engineering.

It’s also because I’ve been enormously interested in personally creating various kinds of new things since I was young.

WHAT INSPIRED YOU TO DEVELOP HYUNDAI’S FIRST ENGINE?

When I decided to begin developing an engine in 1984, South Korea’s engine technology was extremely backward.

Not just Hyundai, but every automobile company in South Korea was using engine technologies from developed countries like the United States, Japan and Germany.

At the time, South Korea was so uncompetitive that we couldn’t export automobiles to the developed countries. Back then, we had to import competitive engines from the developed markets because South Korea’s domestic market was very small. An export-driven economy was the only way for the country to become competitive.

WHAT WERE THE OBSTACLES YOU FACED IN CREATING THE ENGINE?

Cutting-edge technologies were required to export automobiles to the global market and to win the competition against other automobile companies.

In those days, we assessed that it wasn’t easy to acquire a competitive advantage with the carburettor technology which every automobile engine was using.

We decided to develop an engine using the multi-point fuel injection (MPI) technology which hadn’t yet been commercialised, but there were countless trials and errors due to our component suppliers’ high-handedness and lack of experience.

As it was a high-performing engine designed to be mounted on front-engine, front-wheel-drive vehicles, we put in a lot of effort to minimise the length of the engine, and because of that problems with engine cooling occurred several times in the development process.

To resolve each of these problems, we conducted countless tests and measurements that corresponded with actual vehicle conditions.

For instance, we carried out summer tests over several months in the Death Valley in the United States where it is the hottest place on earth in summer, winter tests in Minnesota where it is the coldest in winter, and high-altitude tests in the Alps.

HAD YOU BEGUN CONSIDERING ALTERNATIVE FUELS THEN?

There wasn’t much demand for alternative fuels in 1984, although the LPG system had been developed to meet the needs of the South Korean market.

HOW DID YOU FEEL WHEN THE ALPHA ENGINE WAS READY FOR PRODUCTION?

When the Alpha engine which I had designed arrived at the pre-production stage, I was so grateful to colleagues who had worked together to overcome the countless setbacks and failures in the last five years.

I felt a huge sense of achievement as I had finally developed state-of-the-art engine technology with which South Korea, too, could compete confidently and outrival other competitors in the global automobile market.

It was also of great significance to exact a gratifying revenge against Mitsubishi, which had obstructed us numerous times in the engine development process, and opposing forces within Hyundai Motors.

WHAT WAS THE NEXT GOAL YOU SET FOR YOURSELF?

After overcoming various difficulties and successfully developing the Alpha engine, my next goal was to develop the world’s best engines.

I decided to design the world’s best engines in every aspect – engine performance, fuel efficiency, weight, size, price competitiveness, ease of production – so I designed and developed numerous engines that matched these requirements and the engines were awarded Wards 10 Best Engines multiple times.

And in 2003, we achieved the remarkable feat of providing Mitsubishi and Chrysler the design and production technologies of the Hyundai Theta World engine under our technical partnership with DaimlerChrysler.

ELECTRIFICATION IS BEING EMBRACED BY CARMAKERS. IS THERE STILL A FUTURE FOR THE INTERNAL COMBUSTION ENGINE?

Electric vehicles are a big thing in developed countries like the United States, South Korea, Japan and in Europe.

But the commercialisation of electric vehicles remains a remote possibility in developing and underdeveloped countries that do not possess charging infrastructure.

Many countries which are unable to afford subsidies for electric vehicles will likely take a long time to commercialise electric vehicles. And it looks like internal combustion engines will continue to be required for hybrid or plug-in hybrid vehicles.

IS THERE ANY ENGINEERING MARVEL OR DEVELOPMENT THAT FASCINATES YOU?

The automobile engine technology that interests me most is hydrogen fuel electrical technology.

It creates an entirely pollution-free engine, and, if well developed, the engine could travel up to 700-800km on a single charge.

Hydrogen supply remains a problem, but I think that it’ll work if the supply is boosted using by-product hydrogen or natural gas reforming. However, the high cost of these vehicles remains a problem to be tackled.

These days, young engineers are very afraid of taking risks, and they seem to lack the resolve to overcome failures when they fail. Nowadays I tell young engineers to set high goals and to consistently work hard to achieve them.

I tell them that even if they fail, they can become successful engineers if they are able to create a success that is far bigger than the failure, with grit and the spirit to embrace challenges.

I think that creativity, a spirit to embrace challenges, passion and grit are very important fundamentals of an engineer, and that is what I tell young engineers.

IF THERE’S ONE THING YOU WANT YOUNGER ENGINEERS TO LEARN, WHAT WOULD IT BE?

Not only must future engineers acquire specialised knowledge in a particular field, they are also required to be competent in various peripheral technologies.

In other words, they require the perspectives of engineers who work with convergent technologies.

The English version of Dr Lee’s autobiography, Buckle Down: How I invented South Korea’s first automobile engine, is published by Singapore translation publisher Harriett Press. The book is now available in Kinokuniya and Times bookstores. This interview was translated by Hannah Pang.