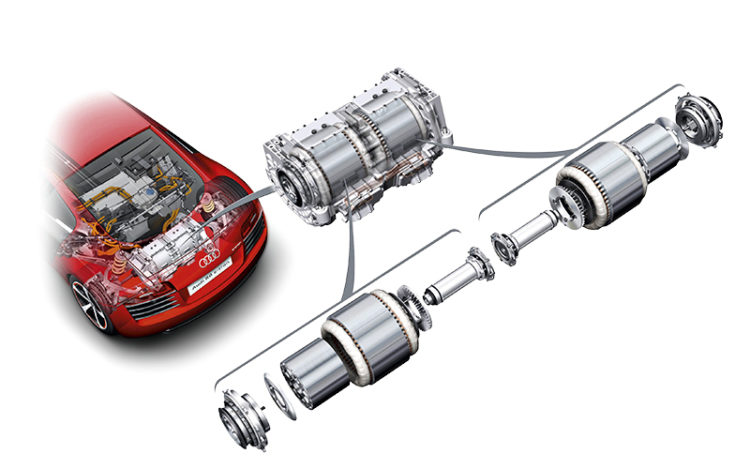 Even though the CNG (compressed natural gas) car has already died of “unnatural” causes in Singapore, refinement of the technology continues apace in Germany. The latest success is Audi’s A3 g-tron, a Sportback (i.e. five-door hatchback) designed from the ground up to incorporate gas propulsion, so there’s minimum compromise to cabin and cargo space. It can also run on regular unleaded petrol.

Two cylindrical tanks located underneath the boot floor store the CNG. As gas is a compressible matter, it is “squeezed” to 200bar (200 times atmospheric pressure) inside the tanks in order to minimise its storage volume. Made from composite materials (polyamide matrix, carbon fibre and glass fibre-reinforced plastic), the tanks are strong enough to handle the massive pressure and yet they weigh less than a third that of an equivalent metal container.

The “gas-oline” engine in this case is yet another version of Audi’s ubiquitous 1.4 TFSI (also known as TSI in VW cars). Here in the g-tron, the engine has been mildly modified for gas combustion and slightly detuned. With 109bhp, it is the least powerful of the 1.4-litre Audi/VW motors, but also the most fuel-efficient. 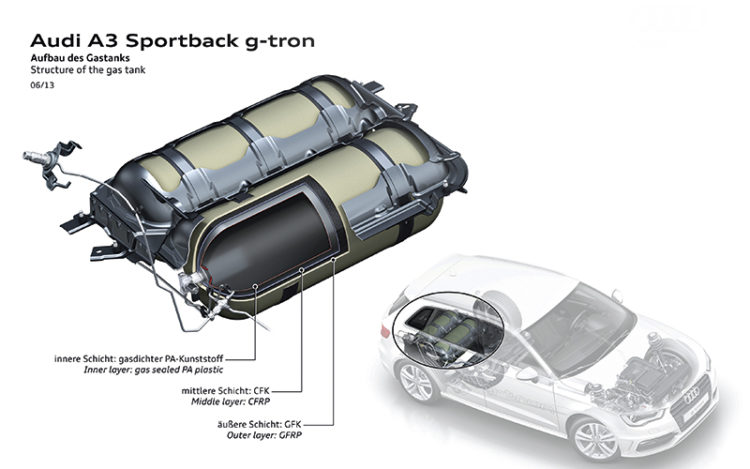 By default, the engine starts off on petrol power and switches to CNG when the engine is sufficiently warm. The changeover is imperceptible, even when it is activated manually by the driver. The acceleration is only average, completing the 0-100km/h run in just under 11 seconds. But the 1.4 TFSI is a turbocharged engine that develops a respectable 200Nm of torque. Hence, the g-tron feels more than adequate in urban driving, with spirited mid-range pick-up.

According to Audi, the A3 g-tron can run for 400 kilometres on CNG, then automatically switch to petrol for another 900 kilometres. That is an astonishing 1,300 kilometres between fill-ups on the NEDC (New European Driving Cycle) – enough for two round trips from Singapore to Kuala Lumpur. The car’s CO2 rating is a really low 95 grams per kilometre, which would qualify for the maximum CEVS rebate of $20,000.

If the A3 g-tron is great for the gas meter man going from house to house, the R8 e-tron would be perfect for billionaire Tony Stark and his Iron Man persona. Good for 215 kilometres on a full charge, Audi’s flagship electric vehicle (EV) has a much shorter range than the CNG-powered Sportback, but is far more sophisticated and complicated. And unlike the A3 g-tron, which is an adaptation of the regular A3, the R8 e-tron only resembles the regular R8 externally – everything else underneath and in detail is irregular automotive innovation. 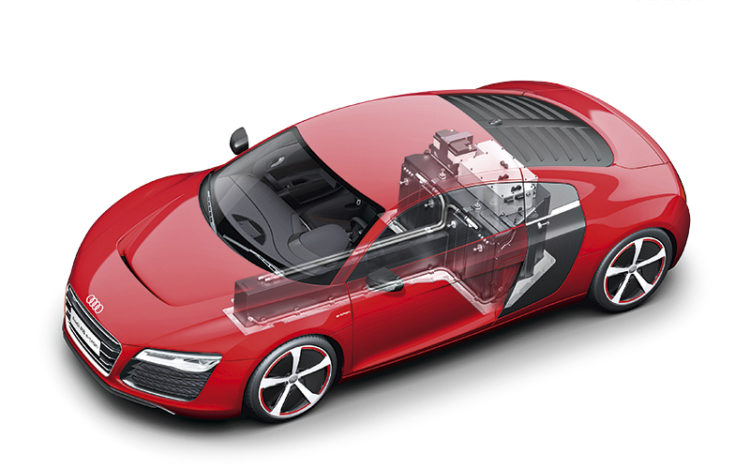 This is a high-tech, street-legal electric supercar that suits Iron Man to a T (for “Tony” Stark).

Audi’s exotic electric sports car was first unveiled in 2009 as the “e-tron”, a prototype with the promise of going on sale within four years. But since then, there’s been a change in Audi’s EV game plan, and only 10 newly produced R8 e-trons have been registered for road use. This fleet is meant purely for internal research and development, and none will be available for purchase by wealthy supercar collectors (such as Tony Stark).

It looks like a cross between the 2009 e-tron concept and today’s “98 RON” R8s, but the R8 e-tron actually has little in common with them. The whole car is bespoke – body, chassis, suspension and powertrain. Only the “R8” name is shared.

Unsurprisingly, Audi Space Frame (ASF) technology has been applied to this special number, but with some variation. The main ASF skeleton is built up in the usual manner, i.e. with aluminium extrusion beams joined by aluminium castings to form the main structure. But unlike the A8’s ASF, whose body panels and in-fills are pressed/formed aluminium sheets, the R8 e-tron’s are made from even lighter CFRP (carbon fibre reinforced plastic). Audi calls this new body construction MSF, or Multimaterial Space Frame. 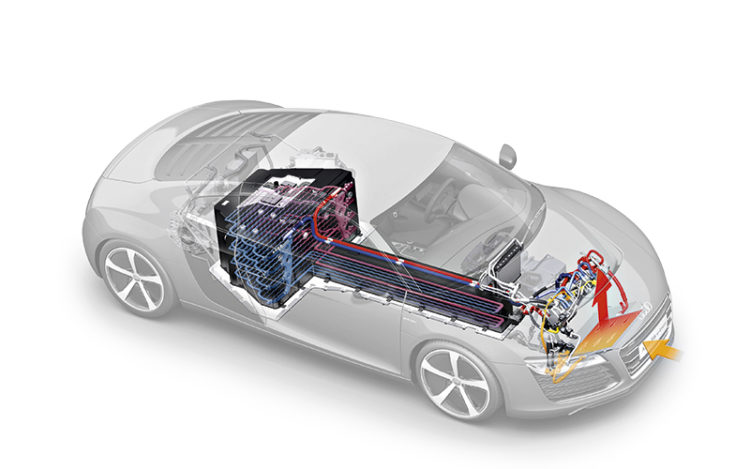 There’s a dedicated cooling system for the high-voltage battery pack placed “together with” the driver.

In the interest of maximising the (theoretical) driving range, lightweight construction is a major consideration for any EV. While enlarging the battery cluster will increase its combined charge-capacity, batteries are also high-density components that consume energy in moving their own mass. Therefore, beyond that critical battery size for any given body weight, adding batteries will basically lead to a reduction in range.

The electric R8’s liquid-cooled battery pack is made from 530 lithium-ion cells assembled in a T-shaped housing that is 2.3m long, 1.35m wide and 71cm high. It weighs 580kg in total and makes up 32.6 per cent of the car’s kerb weight.

The double-wishbone suspension arms at each corner are made from forged aluminium castings. The bigger surprise is that the suspension coil springs are not made from steel or any type of metal, but from glass fibre-reinforced plastic (GFRP). The biggest surprise is that the exquisitely finished, aluminium anti-roll bar in the front is sheathed in shiny carbon fibre. The brake discs are, of course, carbon-ceramic and mounted on titanium alloy (with high strength-to-weight) centre hubs. 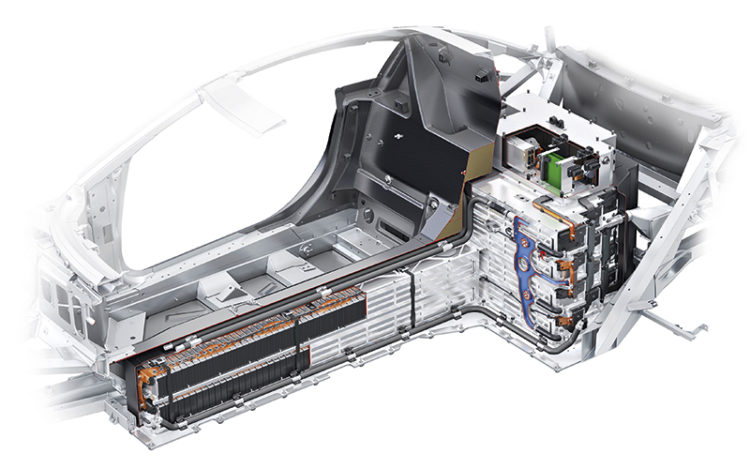 The vehicle’s most interesting feature, naturally, is its electrical drivetrain. Quattro four-wheel-drive is absent here, so for the first time in a powerful Audi, only two wheels are driven. Each rear wheel has its own 140kW electric motor located longitudinally in the centre of the axle line, and they aren’t mechanically linked.

Independently computer-controlled, each motor can deliver the necessary amounts of torque (up to 410Nm instantly) to each wheel depending on the grip and dynamic behaviour of the car. The rear brakes are electro-mechanical (whereas the front brakes are standard hydraulic affairs), and claimed to be quicker and far more accurate in their modulation compared to conventional brakes. Neatly packaged models such as the A3 g-tron can increase the public’s take-up of CNG cars.

At the heart of the R8 e-tron’s handling capability is something called e-vectoring. Unlike the typical ESP (electronic stability programme), which selectively brakes wheels to “kill” a skid, e-vectoring has the added capability to apply torque. No ESP, whether with or without a limited slip differential, can ever inject torque to any driven wheel. With e-vectoring, the R8 e-tron’s electric brakes and “digital” drive motors take vehicular control to a whole new level.

Through high-speed twists and turns, e-vectoring works a treat. In a straight line, the car zaps to 100km/h in 4.2 seconds and hits an electronically limited top speed of 200km/h. The R8 e-tron has even set a lap record on the punishing Nurburgring – to be exact, 8 minutes and 9.099 seconds, the current benchmark for so-called “production electric vehicles”.

Such stellar performance should be electrifying enough for Iron Man and his friends, we reckon.