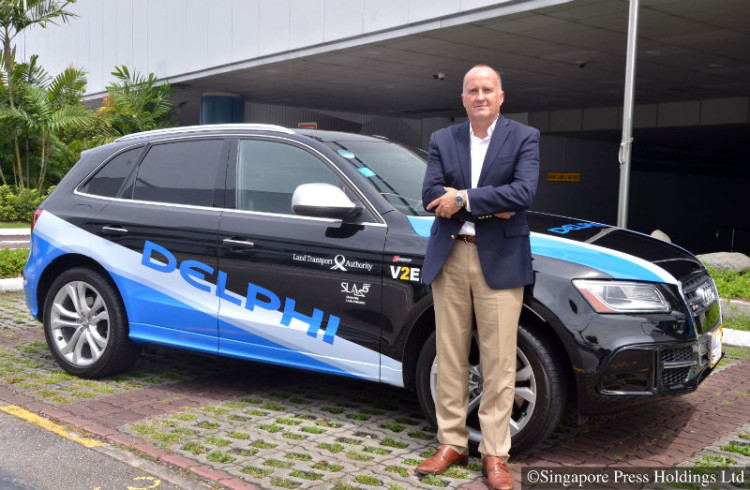 Despite recent accidents involving driverless cars in the United States, two companies involved in developing such vehicles here said they are generally safe to use.

Questions over the safety of such self-driving vehicles arose earlier this year.

In May, the driver of a Tesla Model S in Florida died in a crash while the car was in autopilot mode. And in March, a Google self-driving car hit a bus in California.

Still, nuTonomy, which expects to have a fleet of 75 autonomous cars operating in certain parts of Singapore by 2018, said its vehicles are currently able to handle “80 percent” of all traffic conditions here.

The start-up has been testing its self-driving Mitsubishi i-MiEV on a 6km-long stretch of road at business park one-north since April this year.

The vehicle has remained accident-free since then, driving in various conditions including through rain and at night. It has also managed to handle unpredictable elements such as motorcycles swerving in and out of traffic, without human intervention.

“In 2017, we want to expand to other areas to test our cars and prove we can provide a safe and reliable service,” said nuTonomy co-founder and chief technology officer Emilio Frazzoli, adding that the firm was currently in discussions with LTA regarding this.

Speeds are currently kept to about 30km/h, but the cars are expected to travel at about 50km/h when made available to the public.

Dr Frazzoli said that nuTonomy’s cars are programmed to drive defensively, and would slow down or even stop when they encounter difficult situations.

Both nuTonomy and Delphi have outfitted their vehicles with a range of devices that give them a far wider range of vision than the average motorist, include numerous cameras and sensors for radar and lidar (light detection and ranging), which measures distance by illuminating a target with a laser light.

These allow the cars to detect vehicles, pedestrians and other obstacles ahead of them, around corners and even behind them.

In the light of this, Delphi services vice-president Glen W. De Vos said he expects the firm’s cars to be able to take on rush-hour traffic in Singapore’s Central Business District.

nuTonomy said that for safety reasons, it will have a driver inside its vehicles when it begins commercial services.

“Eventually, we will have a remotely located safety driver who can give commands to the car,” said nuTonomy chief operating officer Doug Parker, adding that this “driver” would be able to monitor the car’s sensors and cameras .

LTA regulations require autonomous vehicles that are being tested to have safety features, including a “complete manual override” that would allow a driver to take full control of the vehicle.

However, Mr De Vos said that Delphi hopes that by 2022 – when it expects to have 40 to 50 vehicles operating here – that its cars will be controlled remotely and do away with features such as the car’s steering wheel.

They will, however, have emergency stop buttons that passengers can activate if need be.

Passengers will be able to pay their fares using their credit cards or through mobile wallet applications such as Apple Pay, said nuTonomy.

It added that fares could be much cheaper than those of regular taxis because there is no driver.

“When you take a cab or Uber, 40 to 50 percent of the cost goes to compensating the time and effort of the driver,” said Dr Frazzoli.

He added that his company was looking at a number of payment options, including a subscription- based model for regular users.

Also being considered is a ride-sharing option, which allows commuters to share vehicles with other users and could drive prices down even further.

Mr De Vos acknowledged that it would take some time for people to get used to driverless cars, but said they would quickly learn to enjoy the experience.

He said. “Once you’ve started using it, you’ll think, why would I ever go back to driving if I don’t have to?”