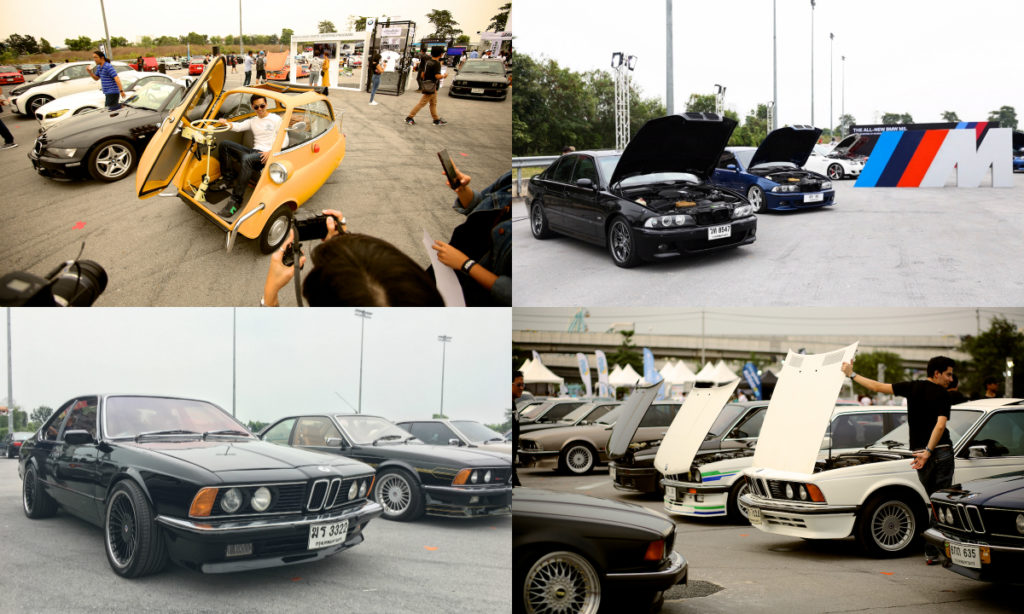 Thailand has as many BMWs on the road as Singapore – about 45,000. In February, some 400 of Thailand’s most interesting BMW cars were at the country’s biggest (and second) annual event for Thai fans of the German car brand – Bimmer Meet 2.

With Bangkok’s blazingly hot sun missing in action that Saturday, the weather was unusually cool. Even cooler was the variety of Bimmers at the event venue, an open-air carpark at Wonder World Fun Park Ramintra.

The location was a defunct amusement park, but the vehicles kept the visitors amused from afternoon till evening as they checked out the Bimmers in different shapes, sizes and colours; of all ages and eras; with or without modifications, accessories and add-ons. 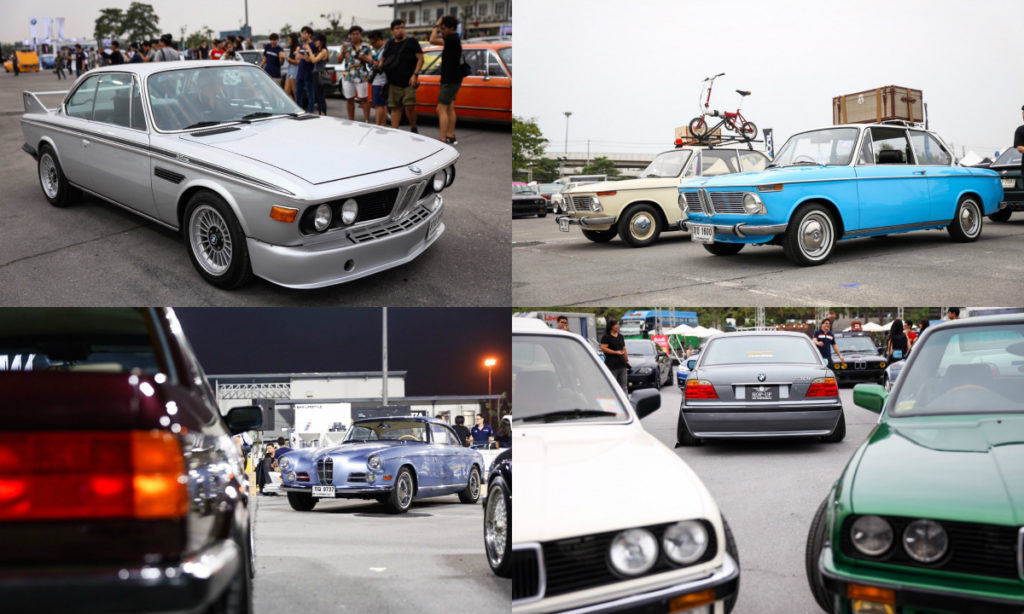 Food trucks kept the attendees fuelled, while product booths and a racing simulator kept them occupied. BMW Thailand set up its own outdoor hangout and stocked it with good beer, great pizza and petrolheads’ lifestyle merchandise. Of course, the company also displayed a mini motor show of nice BMWs, including an M4 Coupe “on ice” and an X3 amidst “Martian rocks”.

Seemingly every notable BMW, from the antique Isetta to the futuristic i8, was represented on the patch of Thai tarmac about the size of a football field. Every single one of them was squeaky clean and recently polished.

All the key Bimmer numbers were present, including the original 02 Series of 1600s and 2002s, all six generations of the seminal 3 Series, a handful of Z3 and Z4 roadsters (plus a solitary Z4 M Coupe), a school of “sharknose” 6 Series coupes and a group of 7 Series limousines. 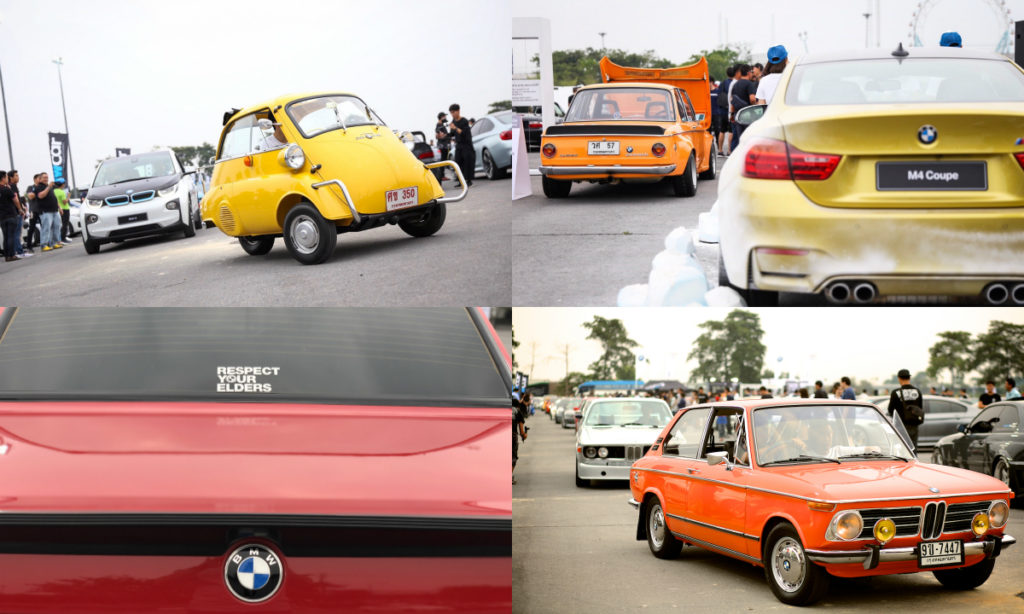 One of the limos looked totally standard, like it just drove in from a serious Singha business meeting, while another was slammed down and shod with deep-dish, negative-camber wheels, looking like it just danced in from a Bangkok hip-hop disco.

BMW’s M cars were out in force, with a bevy of beefy M3s from the first model to the latest and a bunch of M5s, including the newest 600hp edition housed inside a big “sneak peek” box. There were also a few Alpinas, including a terrific 2002ti, to round off the high-performance section of the event.

Rarities made the event a Bimmer-spotter’s temporary Thai paradise – a 3.0 CSL “Batmobile”, an M1 motorsport machine, an i3 electric hatchback and the little three-wheeled Isetta mentioned earlier. Rare, too, was the sight of a marching band leading a parade of historical and modern Bimmers to end the event.

Read about our drive-and-ride 500km road trip from Bangkok to Khao Yai.