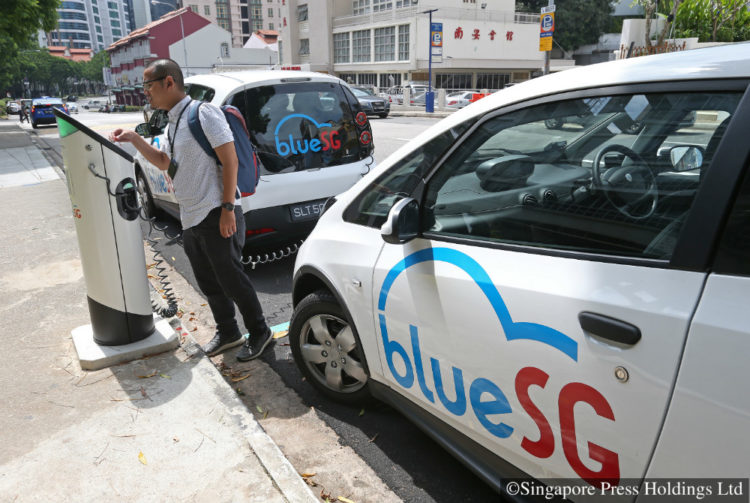 Yesterday morning, I planned to rent and drive one of BlueSG’s electric cars from my home in Punggol – where there are two charging locations – to Toa Payoh, where there is one location a short walk from Singapore Press Holdings’ News Centre.

But when I opened the app, I found both Punggol locations did not have any cars available. The nearest BlueSG location, in Sengkang, also had no cars.

I headed towards Pasir Ris to find one of the small, white battery-powered hatchbacks.

After locating the car, I struggled initially to unplug it from the charging station, and managed to do so with the help of a passer-by.

Driving the car was simple, as it was like being at the wheel of a petrol-driven vehicle. To go faster, however, I had to put a lot of pressure on the accelerator, which was not comfortable. Rarely could I reach speeds beyond 70km/h. 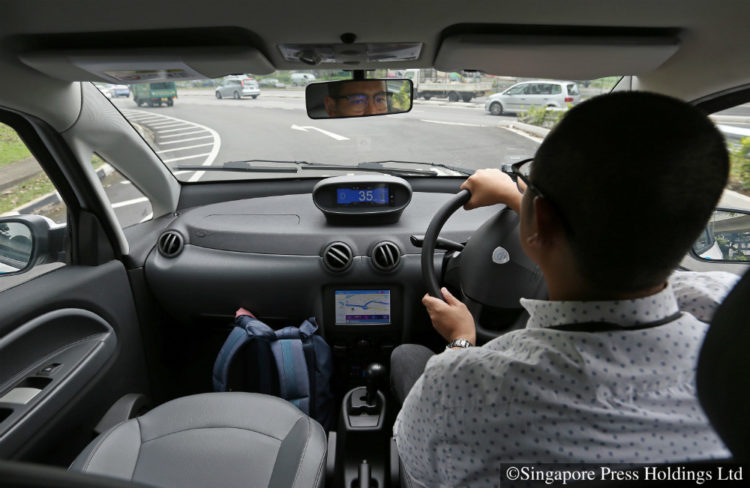 Straits Times journalist Ahmad Zhaki Abdullah driving the electric car, which is like being at the wheel of a petrol-driven one.

This is deliberate, a BlueSG spokesman told me later, saying it is a safety feature to curb speeding and prevent accidents.

The slower speed, traffic and getting used to handling the car resulted in the journey from Pasir Ris to Toa Payoh taking 54 minutes, instead of the usual 20 minutes.

The cost also rose to $27, far more than the taxi fare for the same distance. This makes it a less attractive option during morning rush hours.

It was also not convenient to have to walk 10 minutes from the nearest charging site in Toa Payoh Lorong 2 to the office, especially when a cab would drop me off right at the lobby of News Centre.

Also, as more cars and charging stations become available, renting one will be convenient as well. 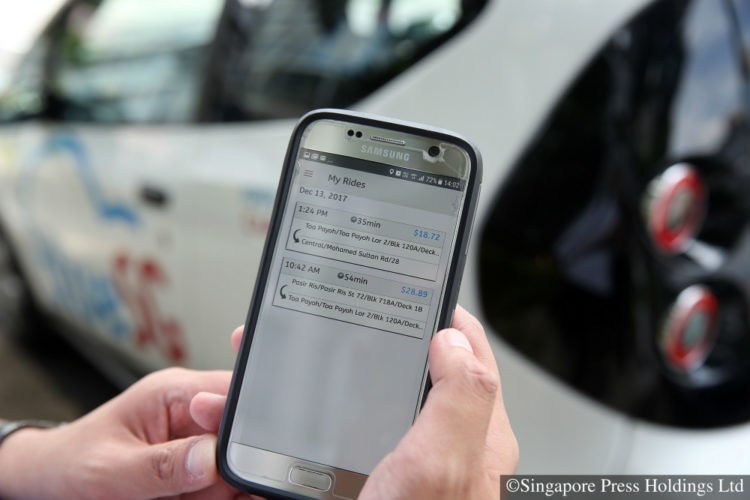 The app of BlueSG electronic car-sharing scheme showing costs of the journeys.