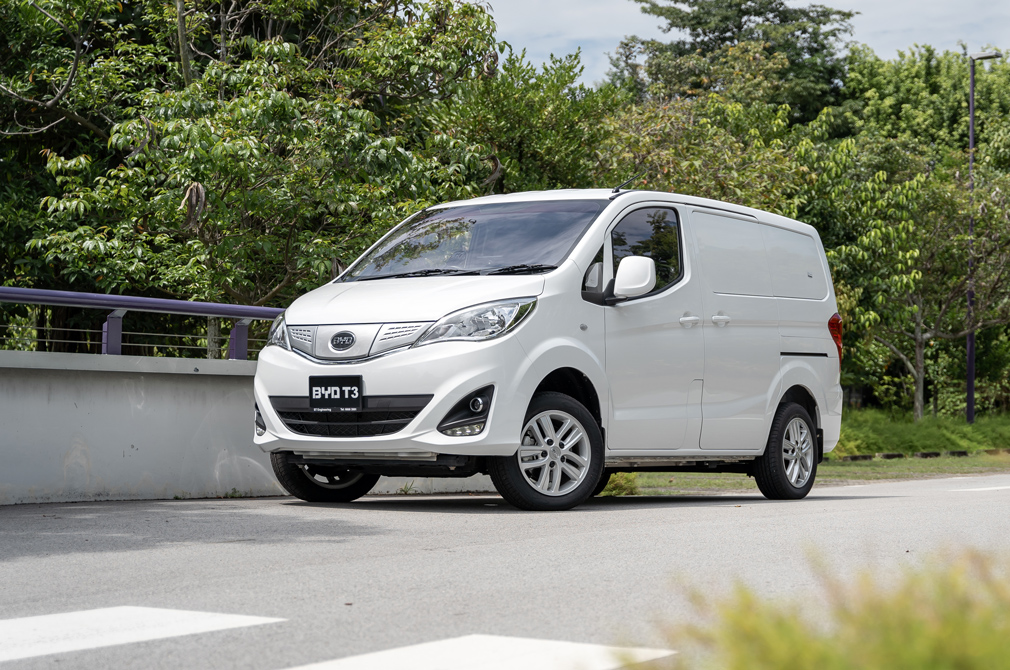 Panel vans are crucial to industry and commerce.

Sure, we need cargo planes, ships, trailers and lorries. But if you think about it, commercial vans bring goods to shops, and increasingly, our homes.

For all the cargo they can haul, trailers and lorries are limited by their size. Not every building has a wide loading/unloading bay to accommodate them.

So, it is the commercial van that does much of these “final mile” transport duties. They are utilised by many SMEs. But many of the commercial vans available today are no longer ideal for companies who wish to practice sustainability. 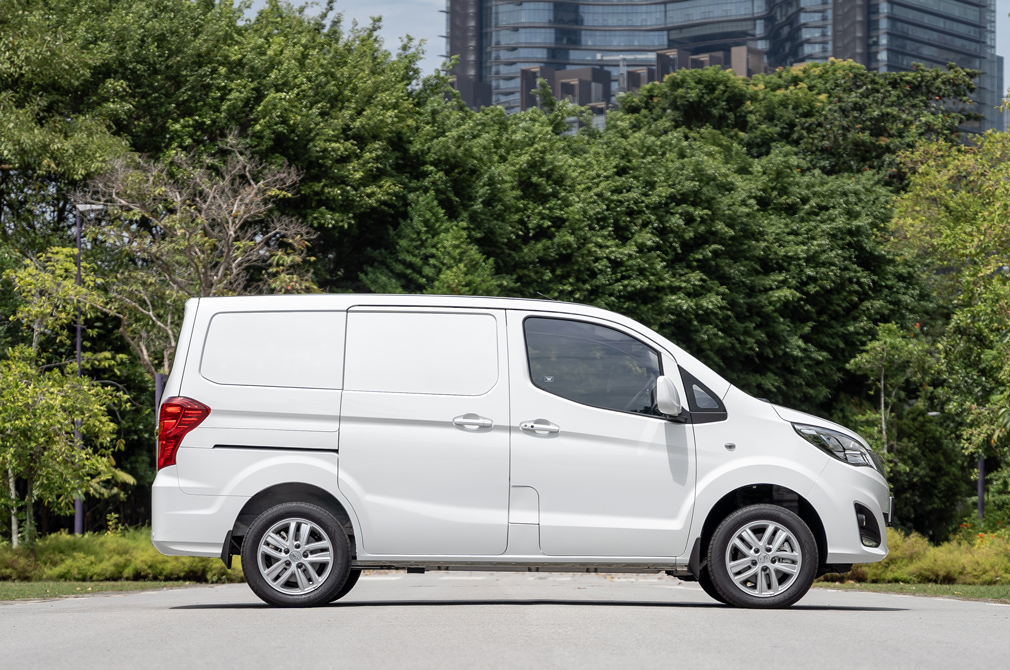 Electric vehicles (EVs) have been touted as the future of land transport. They are silent, emissions-free and offer instantaneous performance.

These powerful traits are found in a commercial van like the BYD T3.

Because commercial vans spend more time on the road than private cars, their emissions-free nature is even more imperative.

Conventional vans, with their turbo-diesel engines are known to emit harmful particles – especially when they haven’t been properly maintained.

In addition, diesel-powered vans create noise pollution. In residential areas, the rattling and roaring (not to mention the harmful emissions) lower the quality of life for residents.

But with a van like the BYD T3, you don’t have to worry about all these.

And if a company’s fleet consisted entirely of electric vans, they would contribute to cleaner air and quieter neighbourhoods. They would help create a better environment. 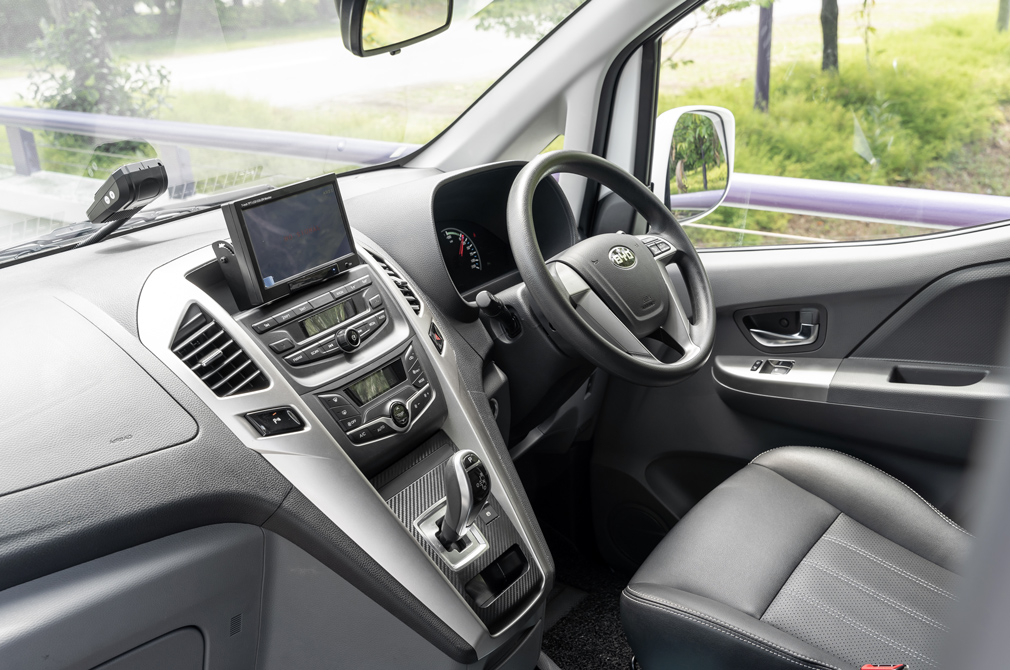 An electric van like the BYD T3 will be a boon to business over time.

Firstly, maintenance costs will be greatly reduced. Because an electric motor does not require any fluids, it does not require oil changes. That means it also doesn’t need any components, such as oil filters.

And electric motors are durable. In fact, an electric motor is likely to last longer than the vehicle’s service life. It will probably never need to be replaced.

Secondly, servicing an electric van is a lot simpler than servicing a diesel one, which means costs and downtime are reduced. On average, an electric vehicle’s maintenance costs are only a third of a vehicle with an internal combustion motor.

Now multiply that by the number of vans in a fleet. Over time, the cost savings will grow substantially.

Maintenance aside, the ease of maintenance will also result in less downtime. More time spent on the road means more business and greater revenue as well. 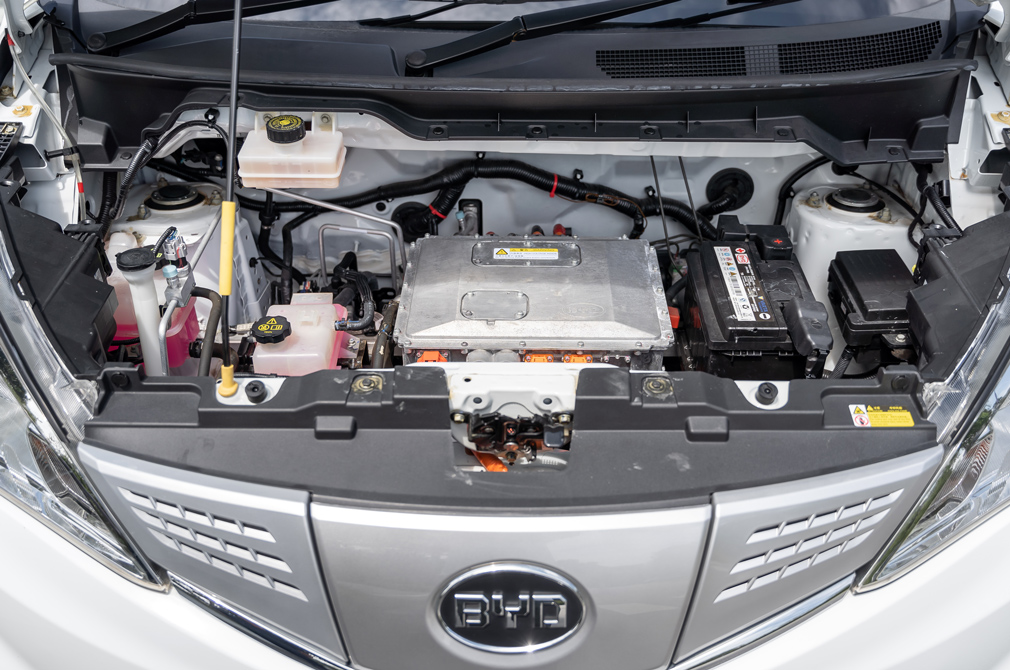 The electric motor produces an instantaneous 94hp and 180Nm.

The BYD T3’s electric motor delivers 94hp (70kW) and 180Nm of torque. But the key thing here isn’t these figures. It’s the fact that these outputs are produced instantly.

Unlike a diesel engine which still has to rev to produce power, an electric motor’s outputs are always delivered immediately.

That’s really important, considering that the BYD T3 has 3800 litres of cargo room and a maximum payload of 720kg. 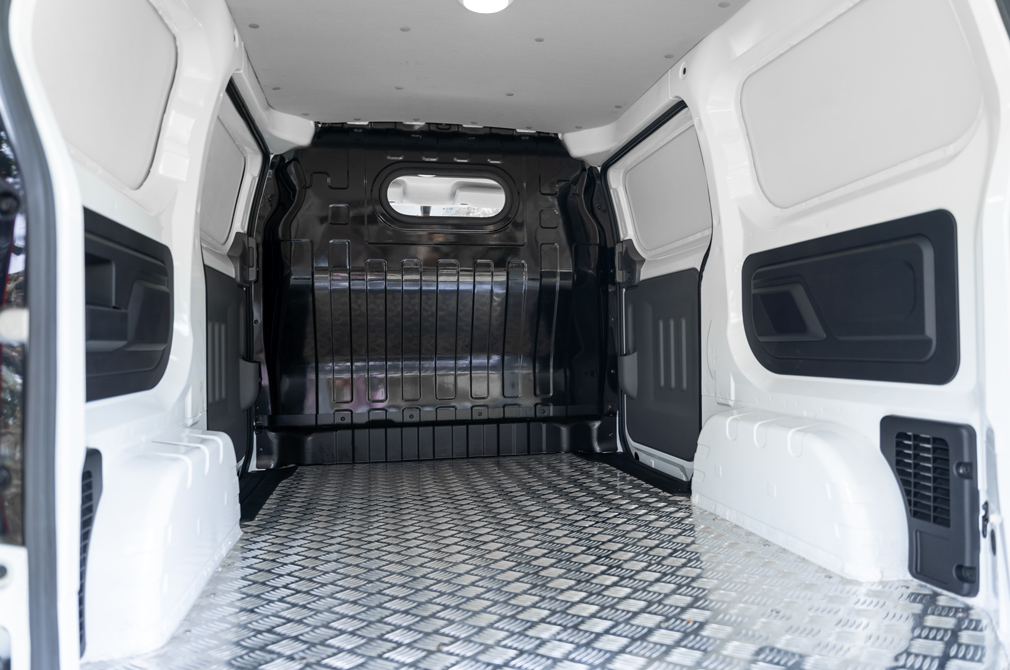 So, instead of a noisy, roaring diesel motor that may even produce black smoke, the BYD T3 will go about its job quickly and silently.

The driver (and the cargo) will appreciate the smooth drive, too. Electric drivetrains feature single-speed gearboxes. Acceleration is smooth and strong.

There’s no struggle to get the BYD T3 up to speed, and there’s less stress on the driver since he/she does not have to shift gears.

Before it has to be plugged in, the BYD T3 will deliver up to 300km of range.

With a 7.4kW AC charger, the BYD T3 will be recharged in about 8.5 hours. Plug it in at the end of a workday and it’ll be ready to roll again the following morning.

The BYD T3, on the other hand, only costs approximately $0.03 cents per km. That’s over 60% less than a regular diesel van! 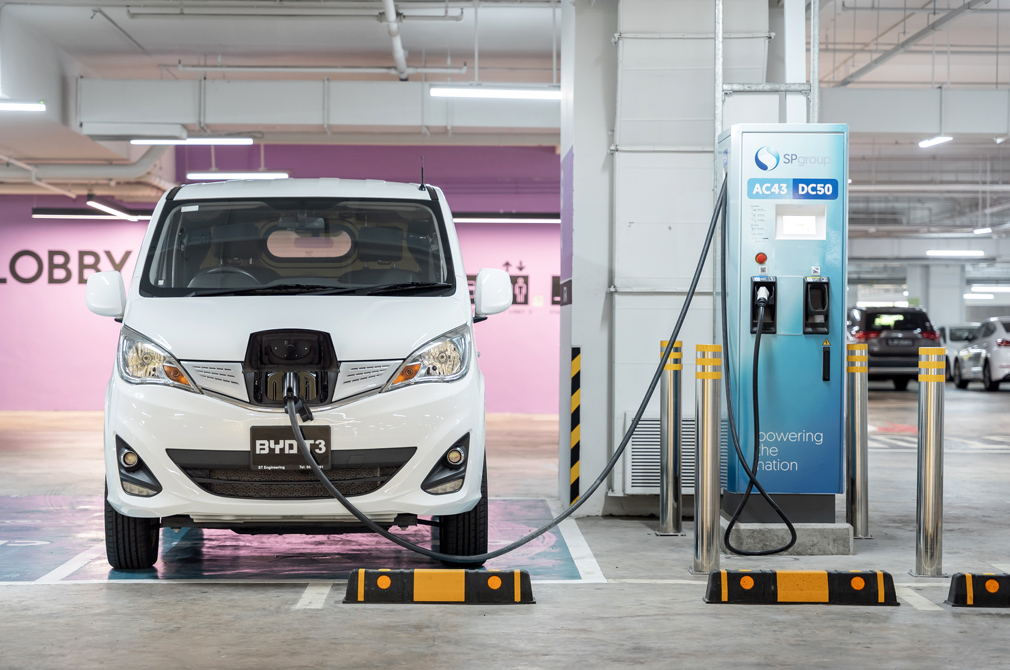 The drive for a cleaner environment is in full swing. In fact, Singapore is aiming to phase out vehicles with internal combustion engines by 2040.

And at $95,500, the BYD T3 is relatively affordable to begin with. When you consider its high-tech drivetrain, and advanced batteries which have numerous safety systems, this van truly offers fantastic value.

For the business owner seeking greater sustainability – both for the environment and his/her business, the BYD T3 is an investment for the future. 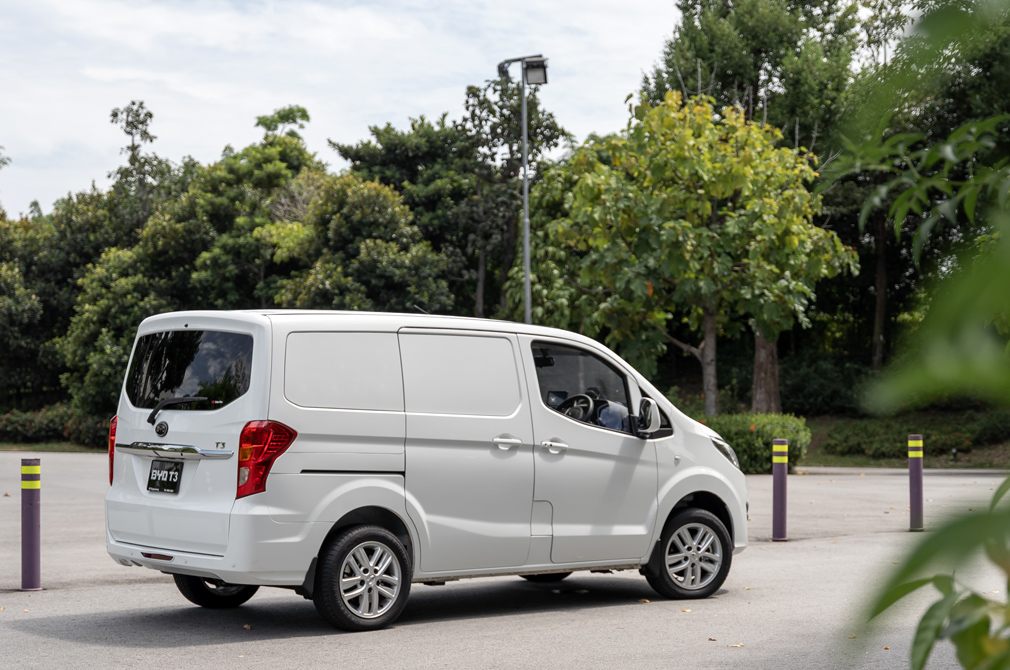