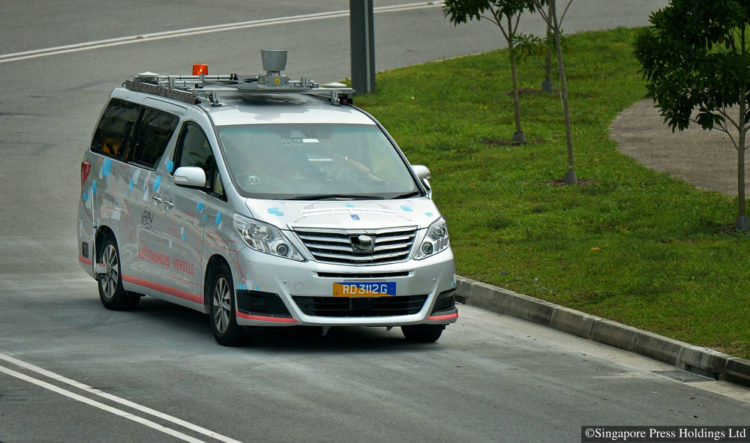 Smart, self-driving vehicles may have been the stuff of science fiction in the 1980s, such as in the TV show Knight Rider, but they are now on the road to becoming an everyday reality.

Around the world, tech firms and automakers are in a race to make driverless technology safer and more intelligent, so that their autonomous vehicles (AVs) can function as well, or even better, than their human-driven counterparts.

In Singapore, the AV revolution is being hailed as the next wave in public transportation, with driverless taxis and buses expected to start making an impact here within the next five years.

From late 2020, commuters could find themselves riding on one of two 40-seater self-driving buses to get around their HDB estate.

This is the target outcome of a partnership between the Land Transport Authority (LTA) and ST Kinetics, announced just last month, to jointly develop and trial the autonomous buses.

Companies nuTonomy and Delphi Automotive Systems are also working with the LTA to launch self-driving taxi services on a large scale soon.

With research and business interests in the US and Singapore, nuTonomy plans to have a limited commercial service by next year, with up to 75 vehicles available in selected areas, and services rolled out islandwide by 2020.

Transport Minister Khaw Boon Wan said in January that the Government expects self-driving technology to be mature enough for “widespread deployment” in 10 to 15 years’ time.

Autonomous vehicles have the potential to transform public transport, Mr Khaw said in a written parliamentary reply when asked by MP Fatimah Lateef in January for an update on their impact.

Giving an example, Mr Khaw said: “Self-driving pods or shuttles can be deployed at the neighbourhood level to further improve the first and last mile of a public transport journey.

“Commuters can summon these vehicles using their smartphones, and the vehicles will take them in air-conditioned comfort from their doorsteps to the train station,” he said, adding that such driverless vehicles will be useful for the elderly, families with kids, and the less mobile.

The future looks bright. But is the mass adoption of self-driving vehicles a pipe dream, or will it become reality?