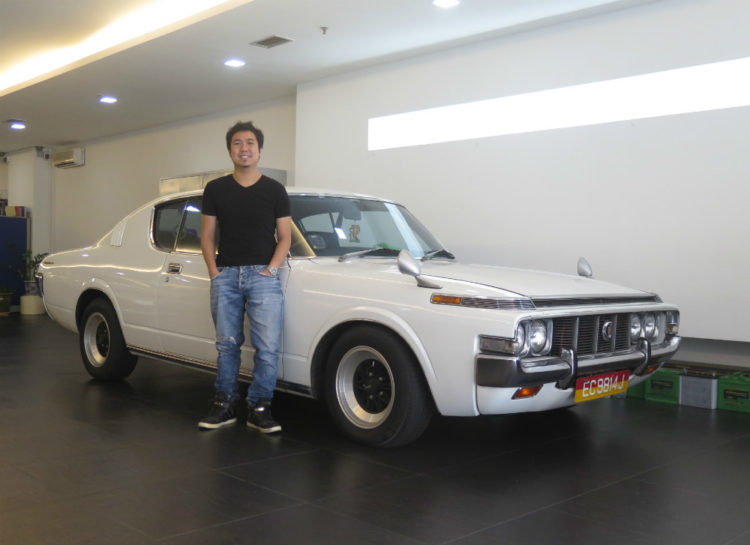 Mr Mark Poh’s 1972 Toyota Crown Coupe is registered under the Classic Vehicle Scheme and can be driven only 28 days a year.

Like many men, Mr Mark Poh loves cars. But unlike most of his peers, the 35-year-old owner of a rental car company does not fancy modern rides.

He prefers classic cars and he has a rare one – a white 1972 Toyota Crown Coupe, powered by a 2-litre engine with a three-speed automatic transmission.

He says: “I believe mine is the only one left in Singapore, but I cannot confirm this.”

His love of older cars started when he began his university studies in Australia in 2003. “I wanted a large car with an equally large engine and I saw a 1979 Chrysler Valiant for sale at just A$1000. I bought it that same day,” he recounts.

However, he had to sell the car, reluctantly though, after just 11/2 years as his parents felt that the Valiant “wasn’t safe”. They bought him a new Subaru Liberty.

When Mr Poh returned from Australia in 2006, he did not look for a car to buy as he could use the family’s Mazda 6 saloon.

Three years later, his brother alerted him to an advertisement on online car portal sgCarMart. A 1983 Toyota AE86, a rear-wheel-drive two-door, had been put up for sale.

“I contacted the owner to arrange for a viewing and bought the car on the spot,” Mr Poh says. “It was an iconic car. I loved its shape and its reputation as one of the best rear-wheel-drive coupes in its day.”

He owned it for two years before selling it. “Unfortunately, the car was also popular with the LTA (Land Transport Authority) enforcement officers. It had an aftermarket exhaust which wasn’t legal, and I was caught with it twice in six months – by the same officer,” he says. 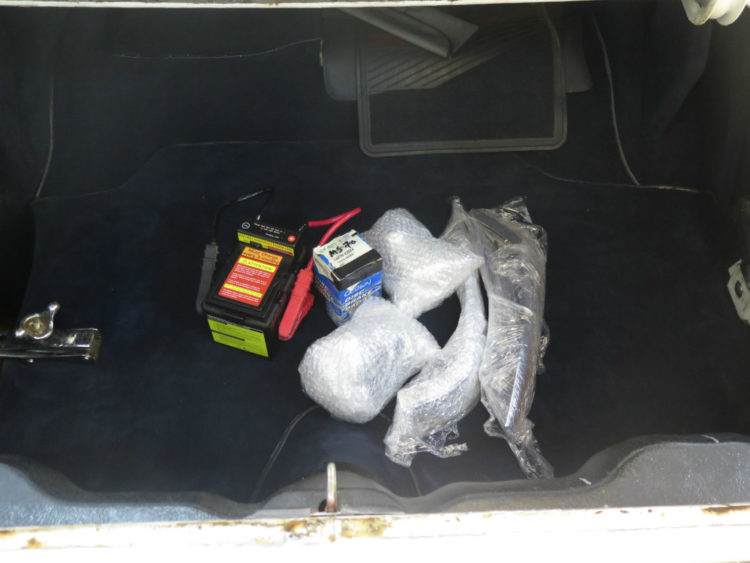 In the boot: An emergency power pack and spare parts.

But soon after he sold the car, he spotted a Toyota Crown Coupe, owned by a man who ran a motor workshop across the road from his rental showroom.

Mr Poh contacted him immediately and, to his delight, found that the car was for sale.

“I wanted it so badly that I didn’t even test-drive it,” he says. “I paid about $25,000 and was prepared to spend a lot more if the car had serious issues. Thankfully, it was in very good condition.”

He says it had an “old Japanese car smell”, which was unique because no other type of car had it and which he finds “quite pleasing”.

The Crown Coupe is registered under the Classic Vehicle Scheme and can be driven only 28 days a year. “I drive it around only 10 days a year. Honestly, it doesn’t handle very well,” Mr Poh says.

Despite being stationary most of the time, it attracts plenty of attention. “People often enter my showroom to view and touch the car, and take photos of it without asking for permission,” he says.

“In fact, it has happened so often that I now park it further inside so that it is partially hidden from prying eyes.”

Mr Poh says he loves the car and has no plans to sell it. Sometimes, he would drive it to car enthusiast gatherings.

“It’s so that I can show it to other like-minded people and chat with them about classic cars.”