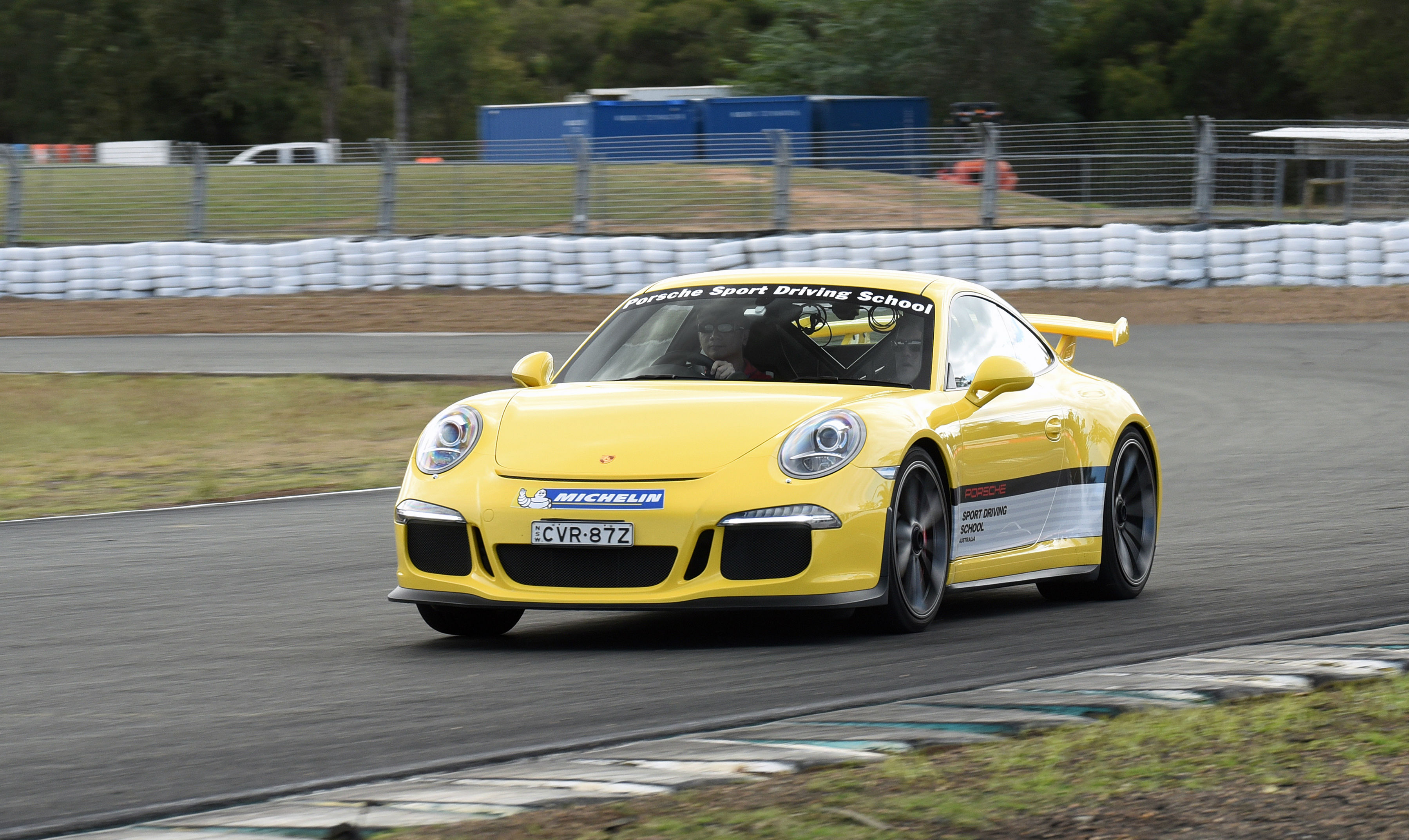 After three days of intensive driving in various Porsches, I had three certs to my name, one for each level I completed in Australia’s Porsche Sport Driving School (PSDS) – Precision, Precision Plus and Performance.

It was easier than my GCE A-level exam, but harder than my Class 3 driving test in 1993. Much harder, and much faster, too.

There were fast cars aplenty, every one a terrific teaching tool for the students. In fact, the entire Porsche model range was represented and ready to play – the newly launched 718 Boxster and Boxster S, the previous Cayman and Cayman S, a fantastic variety of 911s, the Macan and Cayenne SUVs, plus the Panamera.

The instructors were as fast as the cars. They included active racing drivers in Australia’s V8 Supercars championship and Porsche Cup pilot Craig Baird, who has notched up over 100 race wins in 911s. I’ve never even won a slot car race.

So I felt like a slow student during the theory and practice sessions, but I managed to get up to speed behind the wheel as I progressed through the three training levels together with the other Singaporeans in my group of seven.

One of them was Daniel Lim, 39, a bank executive who drives a Boxster S roadster in Singapore. The first-timer at the school signed up for four levels at one go, with the fourth being the PSDS Master course in motor racing, using hardcore 911 GT3s at Queensland Raceway.

“I wanted to learn more about the proper driving techniques,” he quipped as he looked at the others practising their oversteer recovery on the skid pan.

Another first-timer at PSDS was businessman Eng Aik Meng, 46, who owns a Cayman coupe and has a Macan S sport utility vehicle on order.

“I joined Stuttgart Auto on one of their driveaways to Malaysia last year and found it very enjoyable. During the road trip, I began to appreciate my car more – what it could do, what it’s capable of. To understand my vehicle better and also to improve my own skills, I decided to join the Porsche Sport Driving School,” he said.

Despite all the German accelerative power available on location, the first exercise for me was about stopping power, with the help of ABS (anti-lock brakes).

Then the driving activities went up a notch in velocity and difficulty, with a gymkhana on wet tarmac and the so-called Roadtour.

The latter wasn’t a Sunday cruise for Gold Coast tourists, but a high-speed blast for enthusiasts in the Cayman S, 718 Boxster S, 911 Carrera S and 4S on the two-lane internal roads of Mount Cotton Training Centre.

There were cones to mark the braking points, “gates” before sharp bends and apexes to aim for. But there were also many trees right beside the asphalt and just a few crash barriers. There was the occasional kangaroo, too!

Tomas Mezera, the school’s sagely chief instructor, advised: “Remember, tension is your biggest enemy on that road track. And we tense up when we’re outside our comfort zone. Sweaty palms, holding on to the steering, white knuckles coming out. You need to realise then, ‘hang on a minute, I’m a little uncomfortable, I need to slow down’. Because if you’re spearing backwards, it’s too late to realise you’re going above your comfort zone.”

Going faster than usual in a bunch of speedy Porsches, but at a fast pace I’m comfortable with – okay, I got it. 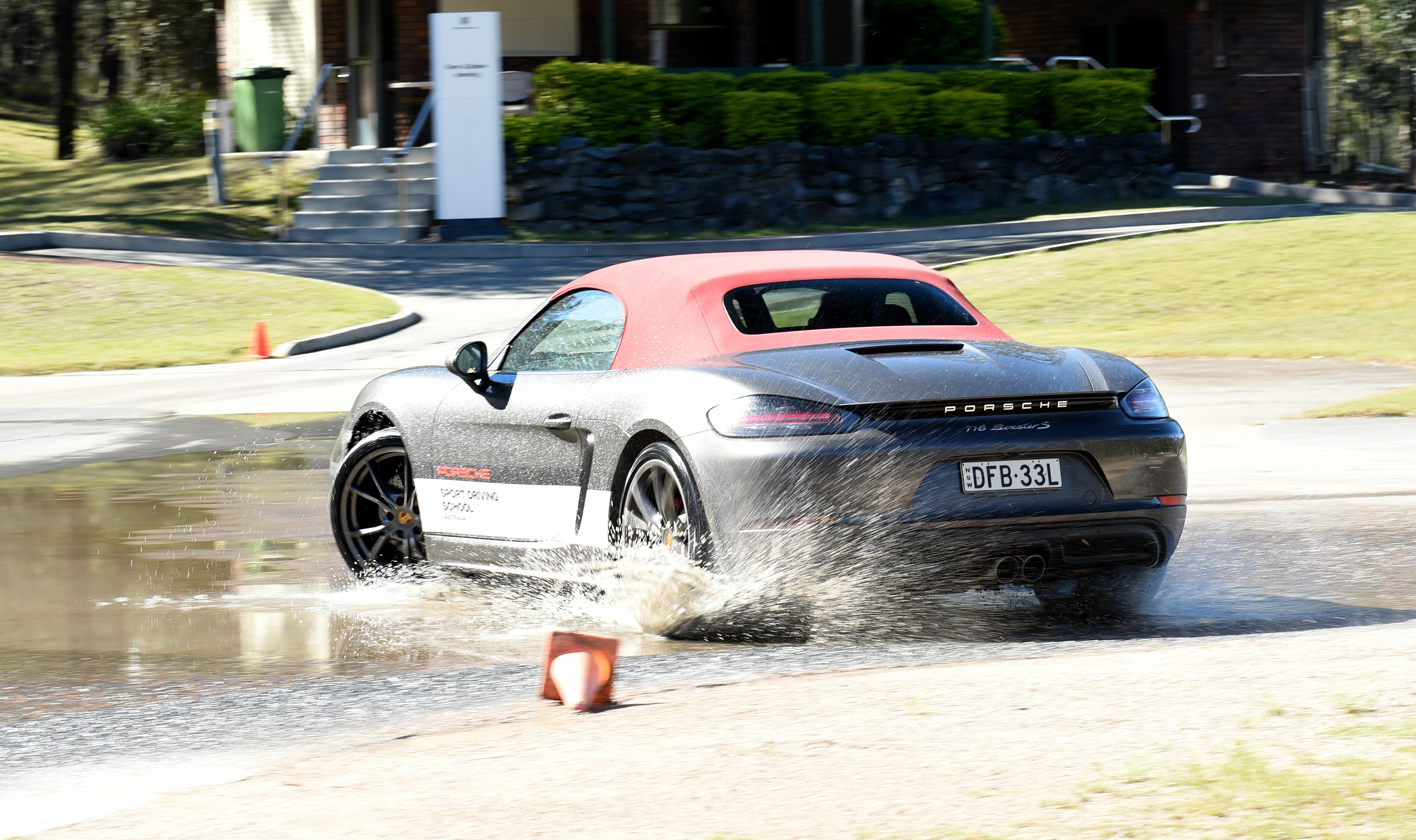 The second day’s driving exercises were similar to the first day’s, but trickier.

One new exercise was to provoke the stability control system into action and let it stabilise the skidding Porsche – which it did, no problem. Another new exercise was the Roadtour, but in the opposite direction and with an additional Porsche model, the 911 Turbo Cabriolet.

The powerful 540hp machine was quite a handful for this underpowered driver, but I remembered Tomas’ words of driving wisdom and didn’t go above my comfort zone. So I experienced far more speed and grip than sweaty palms and white knuckles.

The third day’s level 3 training was conducted at Queensland Raceway, about 45 minutes’ drive from Mount Cotton. We drove the various Porsches in a convoy to the motor racing circuit, where participants and cars alike were put through their paces – rapidly.

Engines were worked hard and disc brakes were hammered. Slaloms were negotiated and cornering lines were corrected. Full-blown track sessions followed, using the same cars that brought the group to the venue.

The highlight of the day was driving the 911 GT3, Porsche’s street-legal racing machine. The yellow car bellowed with mechanical rage and handled the track with absolute aplomb.

It was fast, furious and fabulous. I was less fast, not furious at all and hardly fabulous. But I’ve never felt more confident in a German sports car.

Stuttgart Auto organises a trip to Mount Cotton Porsche Sport Driving School every year, and the next one is tentatively scheduled for mid-2017. You don’t need to be a Porsche owner to sign up for this. Levels 1 and 2 cost about $1500 each, and level 3 costs about $1800 – all are estimated rates that exclude airfare and accommodation. 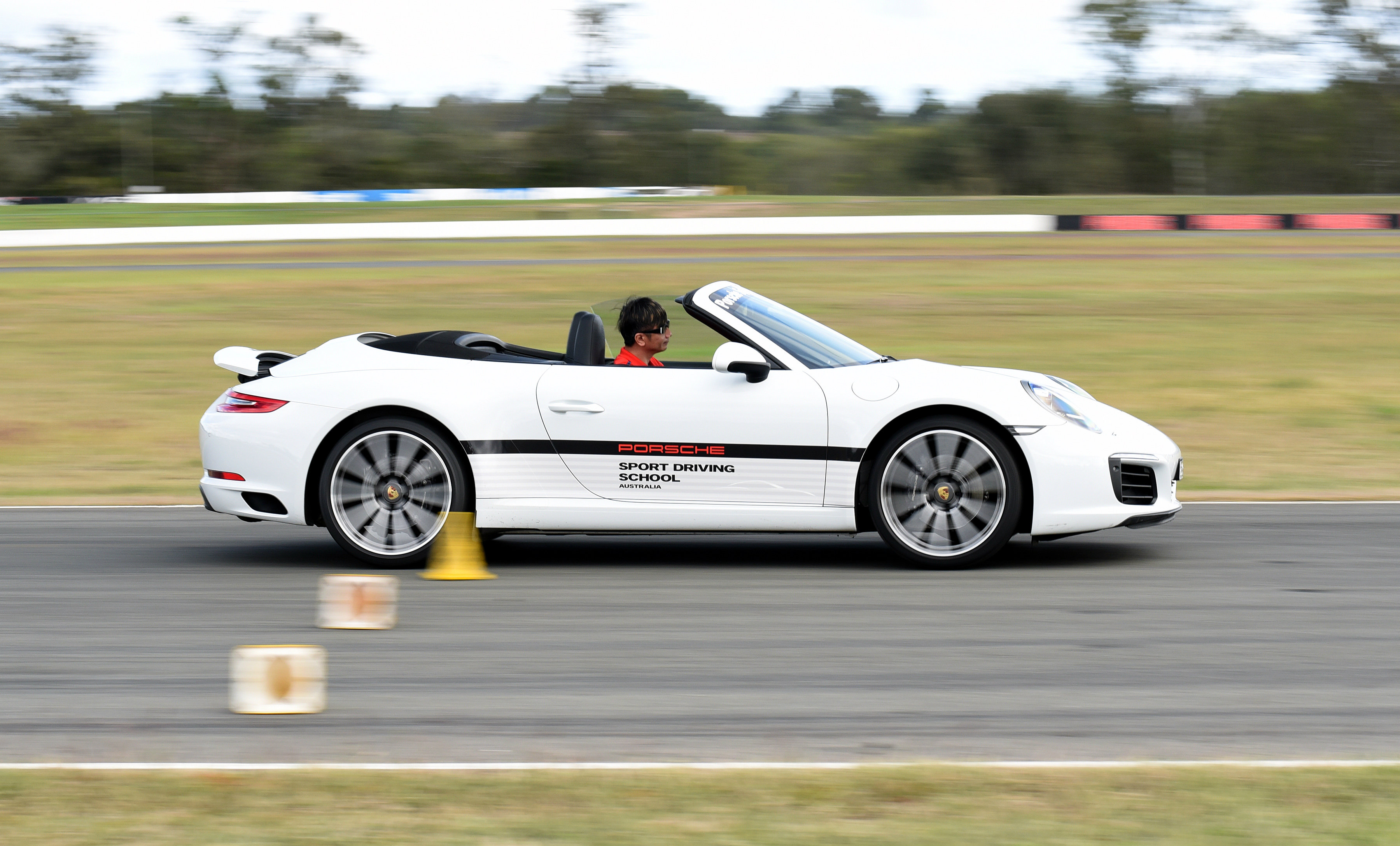