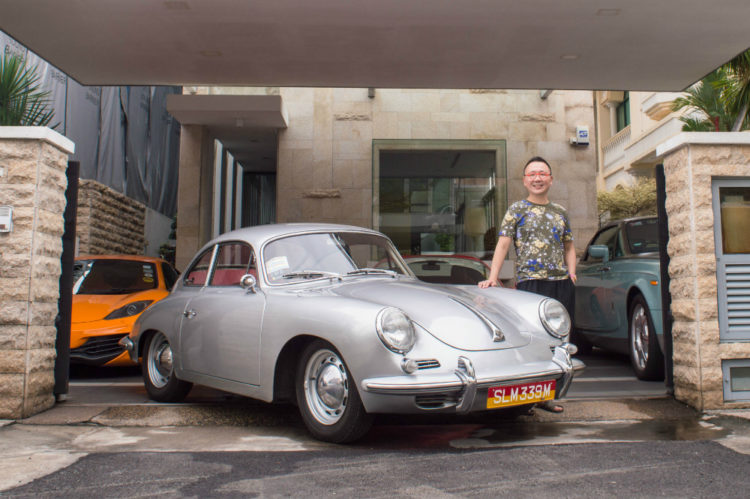 It is outside his home in the east of Singapore and almost everyone – driver and pedestrian alike – slows down for a second look at the silver classic.

The 356 is the very first Porsche car and the direct ancestor of today’s 911.

He has quite a collection of wheels, including a Ferrari 458 Spyder and a Rolls-Royce Phantom Drophead Coupe. But the 56-year-old Porsche is the 48-year-old’s favourite.

“I would drive it every day if I could,” he says. “But the classic car registration restricts me to just 45 days of driving a year.”

That and the fact that the car does not have air-conditioning.

To get it imported into Singapore, he got an agent to assist him with the paperwork.

“I had to get certification from Porsche to prove the car is an original Porsche – to satisfy the Land Transport Authority,” he says, noting that some old cars do not have chassis numbers on them.

He had not even started up the car once “until it arrived in Singapore”, he adds. “What a relief when it did.”

He has little knowledge of the car’s past.

“Nobody knows about its history, only that the previous owner was also a doctor.” 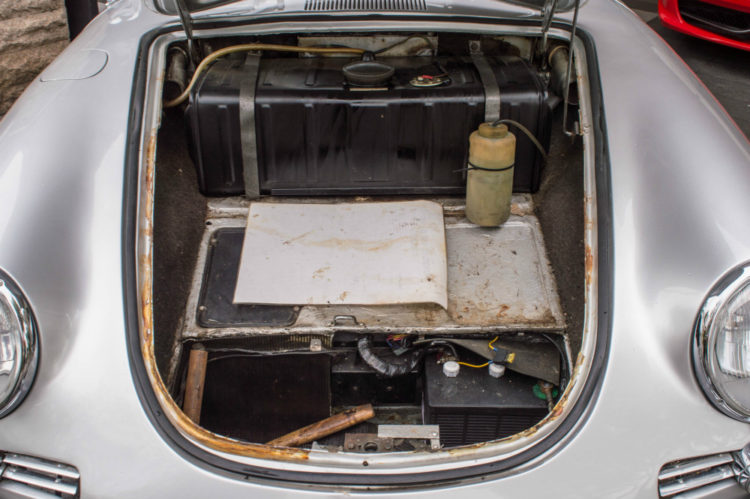 Like most old cars, the Porsche required some work. For one thing, it idled erratically when it first landed.

“I had to source parts from all over the world,” Dr Chan recalls. “The engine has been rebuilt with new seals and carburettors, which I managed to source from the US. The brakes, bushes and clutch have also been replaced.”

He invites me to take the passenger seat.

“You cannot just set off like in a modern car or you will run into problems,” he says.

He takes his time to let the car warm up, tenderly caressing the accelerator to build up revs.

We set off for a drive around Kallang and the car seems at home in the light traffic.

“Cars were more special back then,” Dr Chan says. “The smell of the fuel, the wind in your hair, the way you have to tickle the throttle.”

“There is no traction control and in wet weather, you can feel the weight shift and the tail starts to come out,” he says, referring to Porsche’s one-time reputation for making rear-engined cars with a tendency to spin.

“But if you treat it with respect, it is a fast and enjoyable car.”

Married with no children, the petrolhead has a parting shot: “People think classic cars always break down. But if you rebuild them well, they can be reliable like any other car.”

Dr Chan admits that owning a classic can be an expensive hobby – he bought the Porsche for about $500,000 – even if many appreciate in value over time.

“That’s irrelevant though. I will never sell mine,” he declares with a smile.