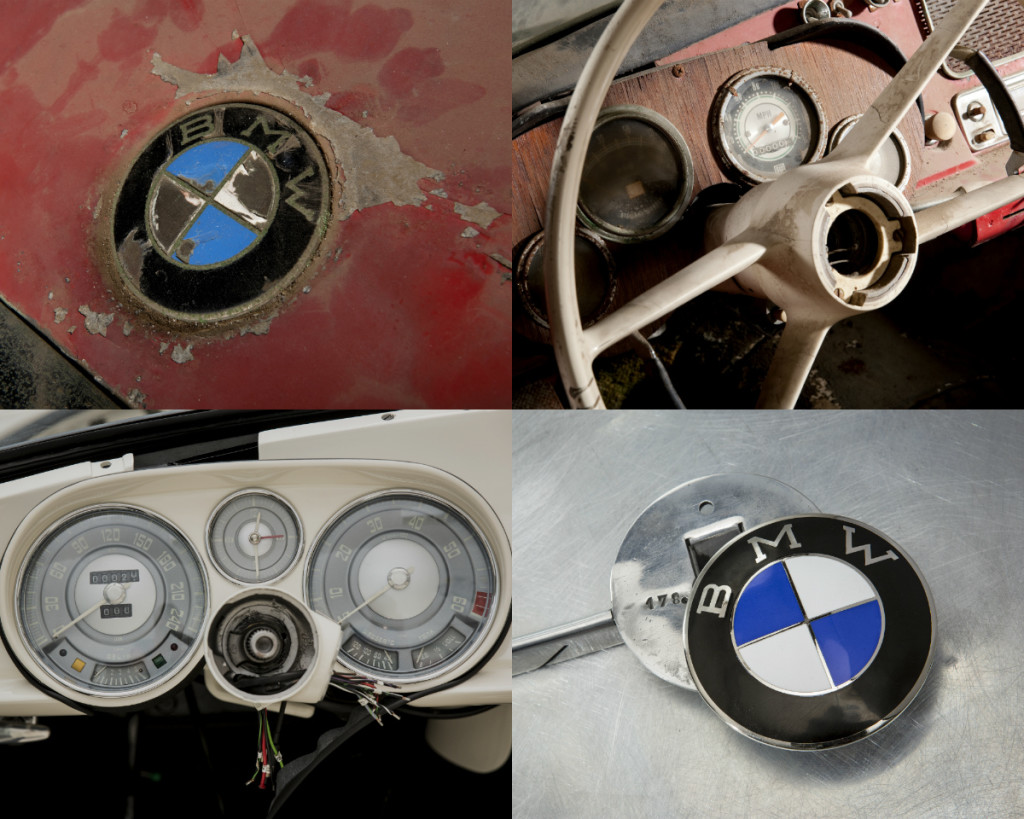 This is one of the most spectacular classic-car discoveries of recent times. The BMW 507 (granddaddy of the Z4) was driven by US musician Elvis Presley, famous already at that time as the King of Rock ‘n’ Roll, while he was doing his military service in Germany. After that it disappeared for nearly 50 years and was believed to have been lost before returning to the limelight.

After almost two years of exacting restoration work, BMW Group Classic proudly brought Elvis’ 507, with chassis number 70079, back to life. It now looks and feels exactly as it was when soldier Elvis Presley took delivery of the car on 20 December 1958 – with paintwork finished in Feather White, the 150bhp V8 aluminium engine under the bonnet, centre-lock rims, black-and-white interior and a Becker Mexico radio.

The condition of the two-seater when discovered was a cause for concern. Although the original body parts and other components were virtually all present and intact, the roadster had lost its engine and gearbox. The rear axle was a “replacement part” of unknown origin, rust was eating away the floor assembly, the seats were worn and there was no instrument panel.

However, the fascination of a rare and beguilingly beautiful automobile outweighed all the inadequacies and deficiencies, augmented by the memory of Elvis Presley and his greatest hits. While the roadster came back to Munich under the slogan of Return To Sender, the solution was undoubtedly It’s Now Or Never. 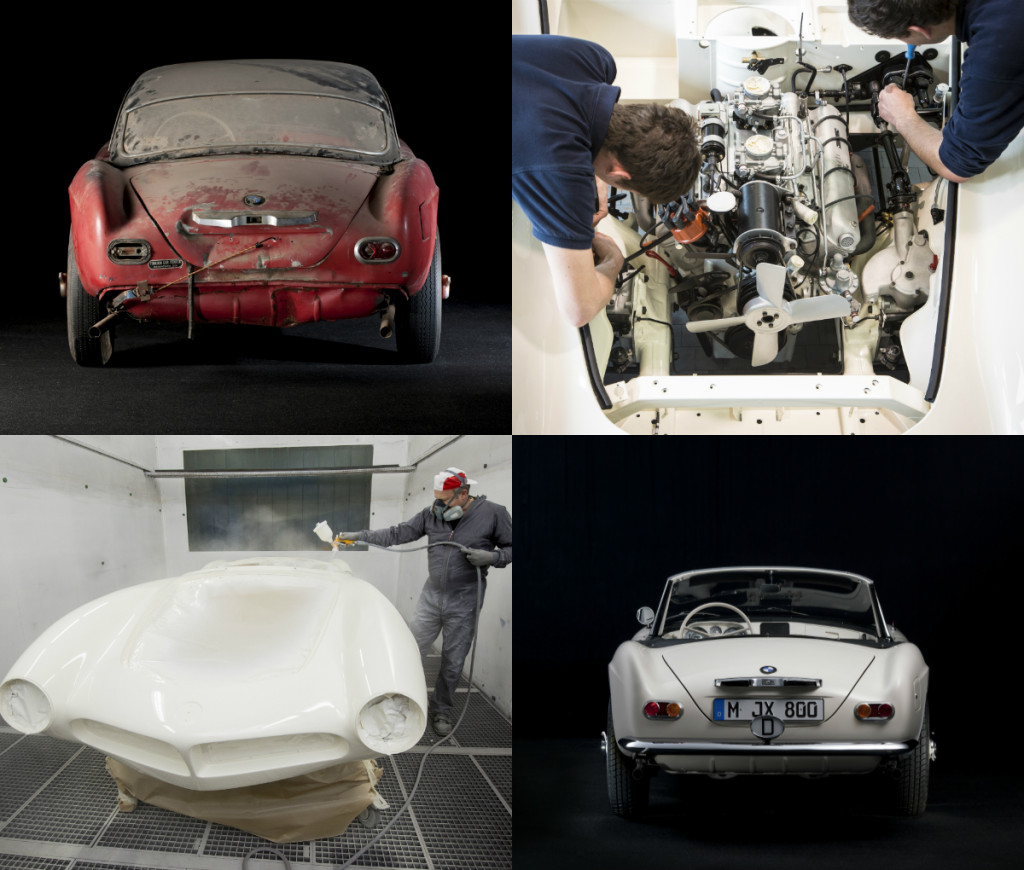 BMW Group Classic succeeded in restoring the automobile with in-house experts and external specialists joining forces to carry out the work. The result defined new benchmarks for the restoration of a BMW 507.

Looking back on the process, the story of Elvis’ BMW 507 and its restoration is pure rock ‘n’ roll – as captivating as the swinging hips of the King, equally energy-sapping, an emotional roller-coaster, and full of surprising twists and turns.

Elvis’ 507 story started with a dealer in Frankfurt in the autumn of 1958. The young US GI was 23 at the time, and he came along and took it out on a test drive. The King was immediately impressed by it and decided to buy the car.

Photos taken at the time show that export licence plates had already been fitted to the BMW 507. Later on, it was given a registration from the US military that changed every year. This was part of the reason why subsequent identification of the vehicle proved to be complicated. The experts from the BMW Group Classic Archives were only absolutely certain about its provenance when they came across the insurance proposal from December 1958 which contained the chassis number 70079, alongside registration of the keeper of the vehicle as Elvis Aaron Presley.

Elvis used the 507 to drive between his home in Bad Nauheim and the US Army Base in Friedberg. His female fans always kept a close eye on him and he was often mobbed by them. The paintwork of the roadster was frequently daubed with messages of love painted in lipstick. These signs of adoration were by no means unusual for a rock star, but they were an embarrassment to Presley as a young US soldier. A new livery in red for the vehicle solved the problem.

In March 1960, Elvis Presley ended his military service in Germany. Back on American freeways, he must have abandoned sheer driving pleasure in an open-top BMW, because a few months later he traded in the red roadster bearing chassis number 70079 with a Chrysler dealer in New York. 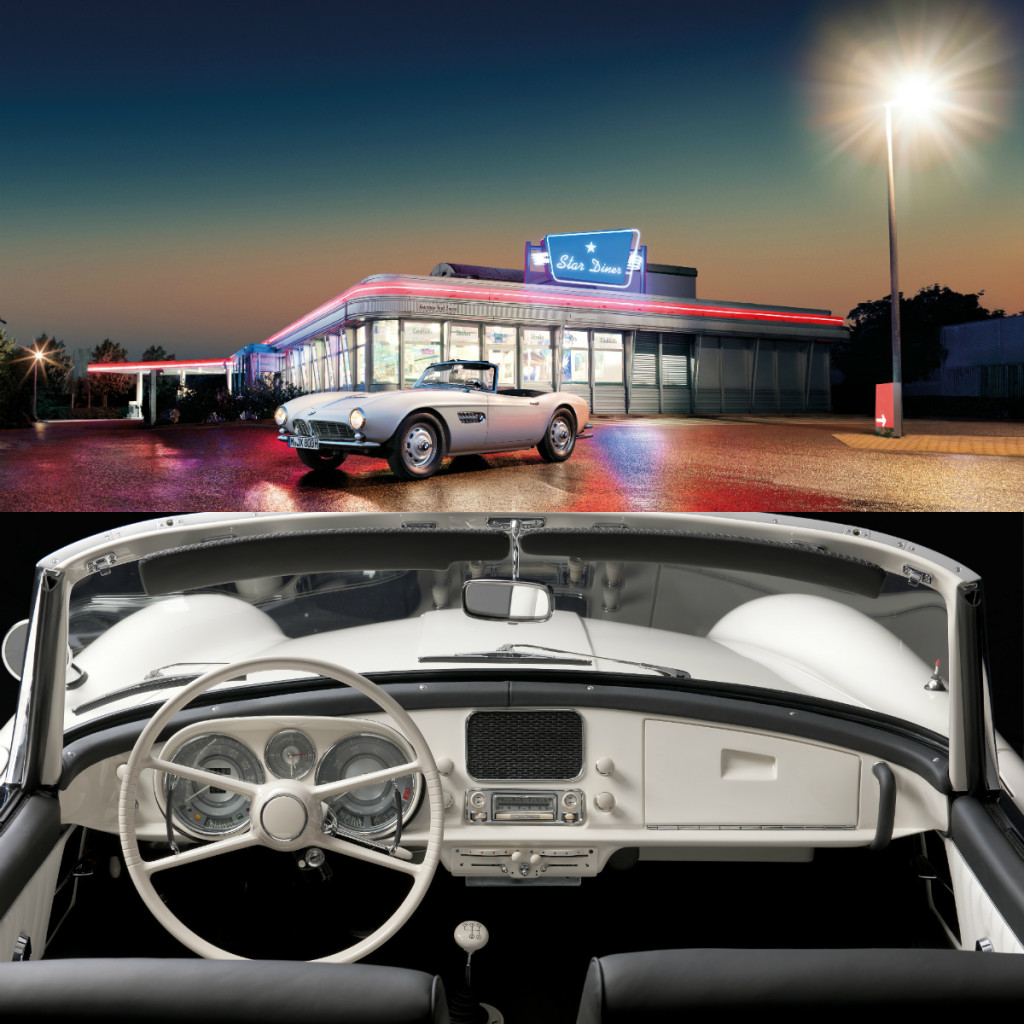