Engine oil: Why does it turn black over time? | Torque
Loading posts... 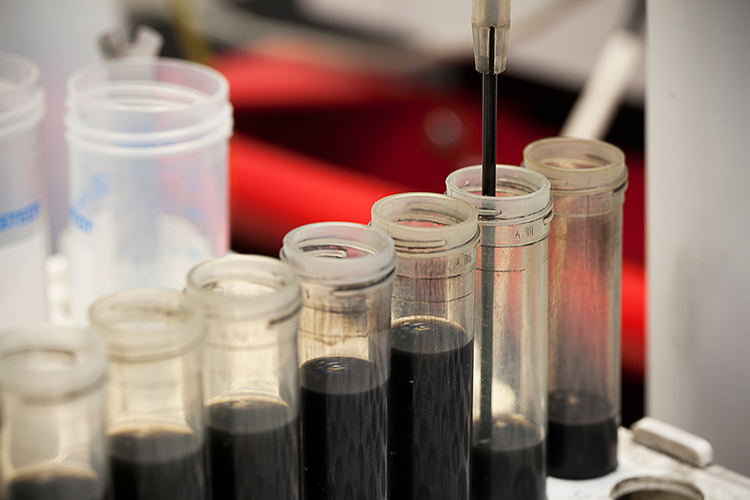 Used engine oil being studied in a lab.

When new engine oil is poured into your motor during an oil change, it is gold in colour.

However, not even a week later, when you check the oil level via the dipstick, the colour has gotten darker.

Why does engine oil turn black over time anyway?

Engine rattling: Why did it happen after my oil change?

YES, IT HAS GOTTEN DIRTY!

Engine oil turns black because it gets filthy.

If you check the dipstick and it is still gold, you should be worried.

This is because the oil is not doing its job of suspending nasty particles, such as carbon and other contaminants.

These harmful elements are then trapped in the oil filter, where they can no longer harm your motor.

HOW CAN IT GET DIRTY SO SOON?

There are a lot of things that pollute our engines.

Engine oil turns black because of dirty air, carbon buildup and other residues.

Even if air pollution levels were very low, the oil wouldn’t remain a golden hue for long.

As long as you are using a good quality engine oil and changing it and the oil filter regularly, it is totally okay.

IF ENGINE OIL TURNS BLACK, SHOULD I CHANGE IT?

There is no need to change your engine oil just because its colour has darkened.

Car manufacturers have a recommended maintenance regimen based on distance and driving conditions.

They also recommend the type of oil used in light of climate conditions.

HOW ABOUT OIL ADDITIVES? SHOULD I ADD SOME?

Most engine oil manufacturers do not recommend this.

Engine oils are formulated with additives to help enhance their detergency characteristics, among other things.

In fact, the addition of third-party additives may harm your car.

Unless you formulated the engine oil, you don’t know what effect oil additives may have.

Engine oil turns black for a good reason – don’t worry about it.