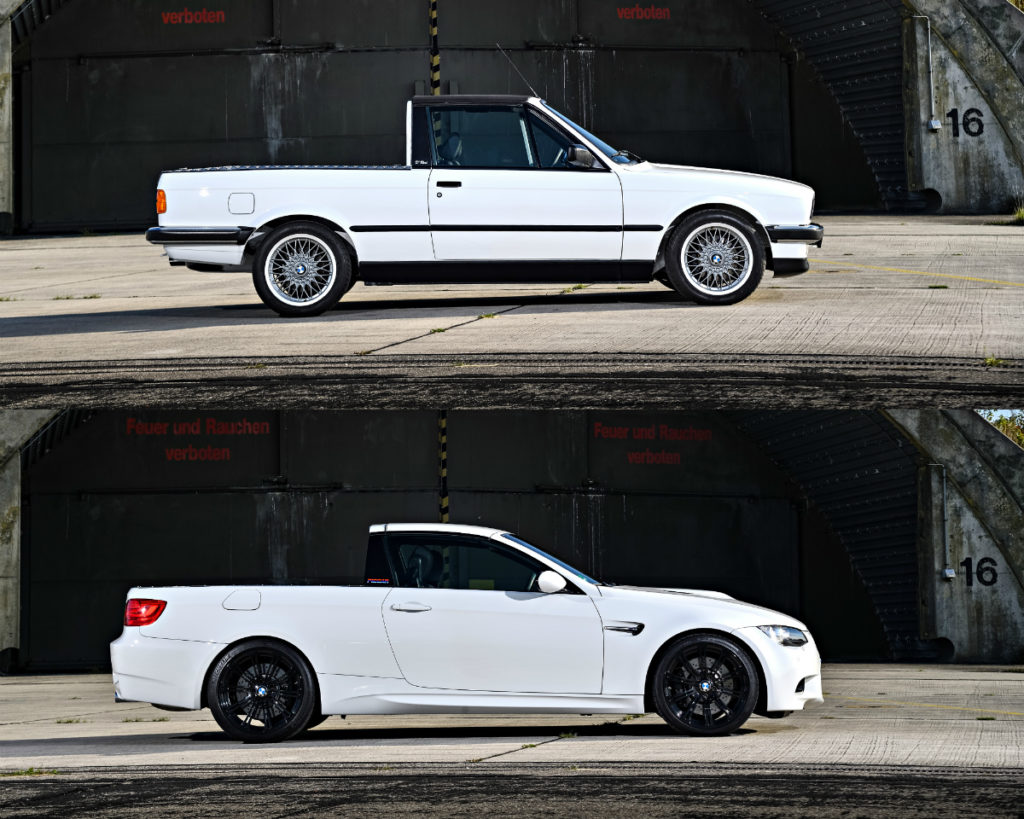 When BMW brought out the first generation of the M3, it wasn’t just customers who were enthralled by its exceptional dynamic abilities. It also caused quite a stir within the BMW Motorsport department responsible for its development, who saw it as the perfect means of transporting work equipment and parts around the premises of what is now BMW M Division in Garching, near Munich. The only problem was that goods transport didn’t figure very highly on the list of the first BMW M3’s many talents.

It didn’t take long to remedy the situation – the body of a 3 Series Convertible was transformed into a M3 Pickup. It did not sport the original M3’s boldly flared fenders, as it was equipped with the narrower body of its regular, volume-produced sibling. At first, it was powered by the engine fitted in the so-called “Italian M3”, which had a reduced 2-litre displacement due to tax regulations there and an output of 192bhp. Later, the engine was swopped for the original 2.3-litre 200bhp 4-cylinder.

The M3 Pickup prototype went about its work around the factory premises reliably for over 26 years before finally being retired four years ago.

The idea behind the 1996 M3 Compact was to present younger customers with an entry point into the world of BMW M cars. If it had gone into production, the M3 motor’s power would in all likelihood have been lowered somewhat. In the prototype, however, it was allowed to unleash its full 321bhp, which made easy work of propelling a lightweight car that tipped the scales at just 1300kg.

The M3 Touring prototype likewise materialised because a production model was under consideration. The M3 Compact was made available to journalists for testing in order to both project an image and sound out customer interest, but the M3 Touring served entirely in-house purposes. It allowed the company’s M engineers to show that it was possible to integrate an M3 Touring into the ongoing production of the standard 3 Series Touring with very little difficulty. Once it had passed through the assembly line, the M3 Touring required only minimal manual follow-up work to fit the M-specific add-on parts and interior details.

Once the first-gen M3 Pickup described above eventually started to show the first serious signs of wear after around a quarter of a century of service, it was time for a successor. As with the original, those responsible for its creation again opted for a convertible body due to the existing strengthening elements. Unlike its predecessor, however, the one-off M3 prototype meant as a workshop transporter had also been licensed for road use. 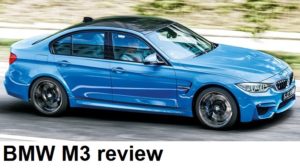 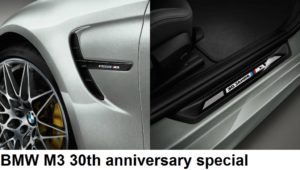