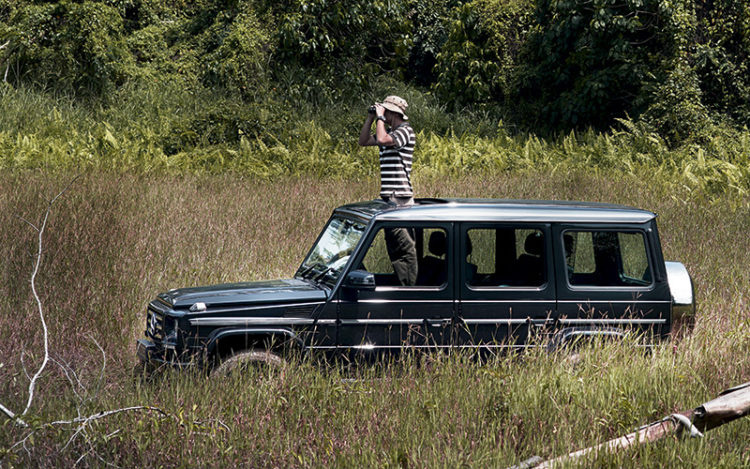 Being a military buff since I was young (perhaps influenced by my elder brother who was an army regular), I was glad to be posted to an armour unit during my National Service. But to my disappointment, parked in the camp’s vehicle shed were primitive M113 infantry “taxis” and ancient AMX-13 light tanks. They are hardy combatants with admirable careers and more than a few medals under their respective ammo belts, but they’ve had more “COE renewals” than any armour officer cares to remember.

Another “veteran” in the SAF is the Land Rover Defender 110, simply called Land Rover by everybody in the army, across all ranks and vocations, from “LOBOs” to commandos. These military Landies go everywhere and do everything with the men in green – medevac motor, cargo carrier, water transporter, rations wagon, general-purpose “Corolla”. 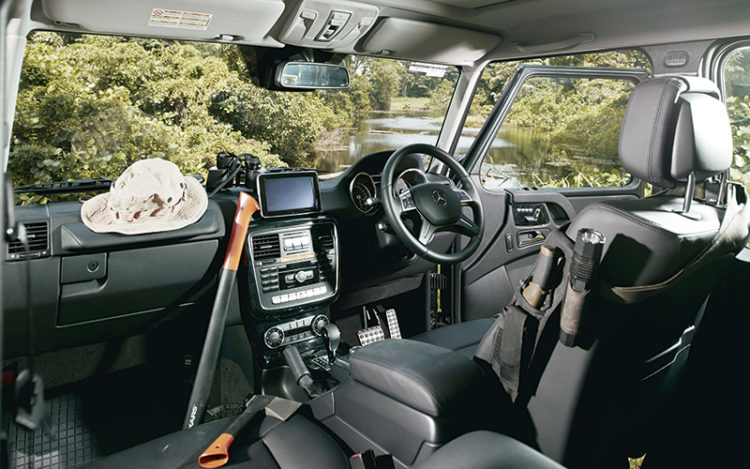 Quartermaster has supplied the necessary equipment, but the armskote sergeant is missing in action (he might be in the canteen or cookhouse).

The Land Rover is not only ubiquitous in our armed forces, it’s universal, too – as long as a soldier is authorised to drive it, he can, whether he’s an enlistee, specialist, encik or commissioned officer.

If the Land Rover is the army’s little lorry, the W461 Gelandewagen (or G-wagen for short) would be the army’s luxury car. After all, it’s a Mercedes-Benz, albeit built in Austria, and it has a canvas soft-top, so it qualifies as a convertible. This military machine even pulls rank, so to speak – it’s usually a colonel or a general behind the wheel. 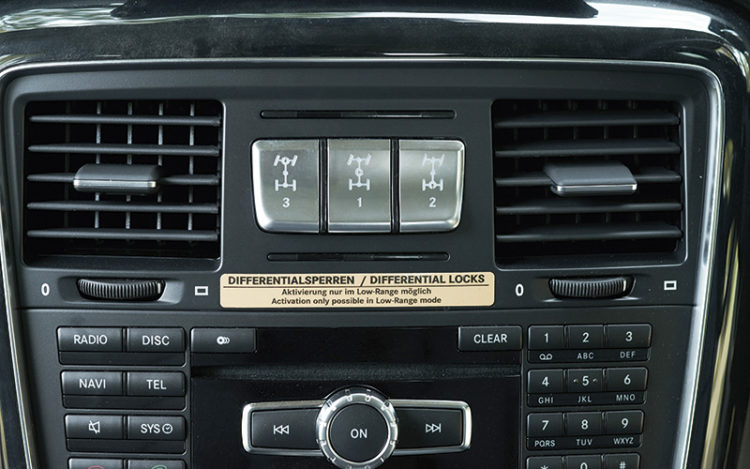 As a lowly corporal in reservist, the closest I can get to the officers’ mess is when I dine with Colonel Sanders or write about General Motors. Then, Daimler passes me the keys to a new G350 and I’m immediately promoted to platoon commander. It’s a one-man platoon, yes, but the tristar general-on-Geolandars has to fall in and report to me.

It’s no ordinary trooper – more like special forces, in black fatigues. And the most special force at the G350’s disposal is the 540 Newton-metres of torque from a 3-litre V6 BlueTec turbo-diesel, coupled with a 7-speed automatic and every 4×4 trick in the book. The drivetrain gives this Bavarian battle tank good firepower and great mobility. Offering protection is solid steel “armour” plating – tastefully trimmed with chrome, in case the car gets mobilised for a classy function. 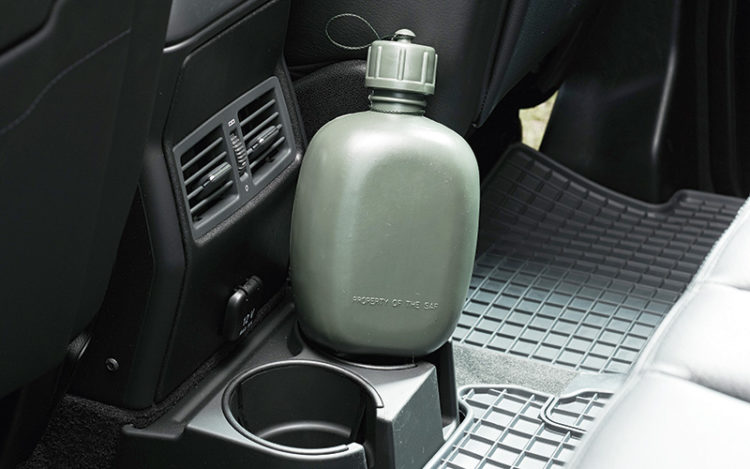 Making a molehill out of a mountain with the G-Class is thirsty work.

Inside the sturdy turret, modern Mercedes conveniences are juxtaposed with retro paramilitary inconveniences such as elbow-to-elbow seating, poor stowage (for small arms and long arms alike), difficult boarding-and-debussing (even without a field pack on the back), distracting reflections on the glass inside, and “fish tank” windows (easier for reconnaissance and the aiming of weapons/smartphones, but harder to maintain the passengers’ privacy).

There’s leather upholstery for the steering wheel, seats and dash-top, but the seats are rock-hard and the plastics are even harder. This “jeep” is obviously prepared for the rigours of military life and the vigour of an outdoorsy civilian lifestyle. Bring on the boots, cargo pants and Swiss Army knives. There’s even an electric sunroof for stargazing (or maybe anti-aircraft-gun shooting), and sunvisor mirrors for ladies putting on cosmetics (or maybe mercenaries putting on camouflage face paint). 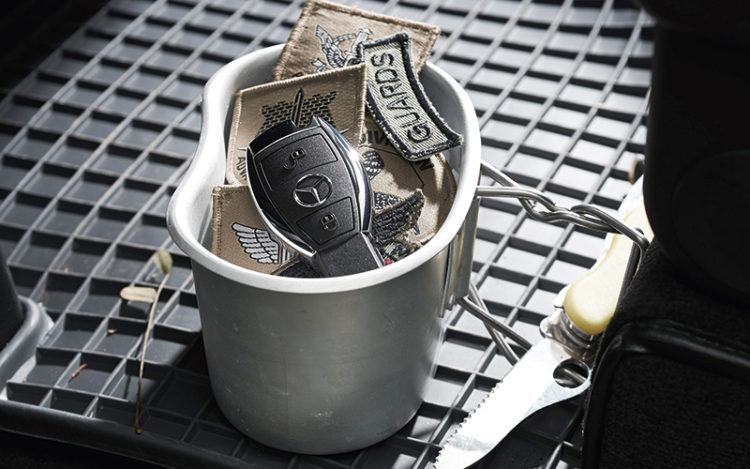 This combat-trained “armoured car” can handle both jungle warfare and urban assaults.

The G350’s standard sat-nav system and built-in digital compass help campers and guerillas alike to find their way to the proverbial middle of nowhere. Once there, they have a Harmon Kardon hi-fi set to broadcast patriotic songs, which are probably more entertaining than Morse code or NATO phonetics.

Back in civilisation, the G350 is clearly no ML350 in terms of comfort and handling. The steering is sluggish and rubbery, the body roll in corners is almost comical, and the ride is rudimentary. But the G350 has a decent turn of speed, and it dominates traffic like an armoured personnel carrier. Taxis, lorries, dump trucks, public buses and S-Classes scramble out of the G-Wagen’s warpath, without a single “warning shot” fired from its horn or a blast of high-beam xenon from its headlights. 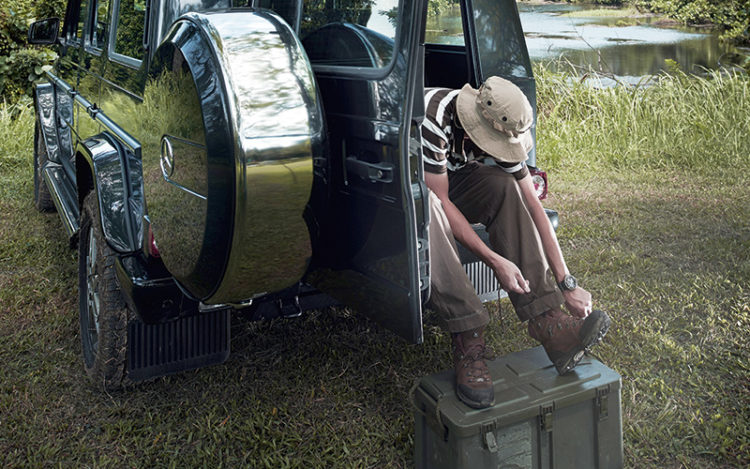 Being “operationally ready” on the road is easy with the G-Wagen. Now that this field exercise is over, the German tristar general can return to the barracks and await the next call of duty.