Going on a diesel diet was tougher than expected | Torque
Loading posts...
0 Physical fitness has never been one of my strong suits. All this changed a few months ago, when an older colleague warned me that I needed to shape up – and not just because I’m in my early thirties. Excess flab adds stress to joints, which will cause me considerable pain later in life.

Frightened by this possibility, I began going for thrice-weekly, 40-minute runs. Averaging close to five kilometres per run, these workouts gave me more energy and made my clothes fit ever so slightly better. But it didn’t take long for laziness to creep back into my lifestyle. Using work as an excuse, the exercising soon stopped. Perhaps out of concern for my health (or quite possibly a desire to make me suffer), my editor sent me on a two-day “fatty boot camp” to put me back on the right track. 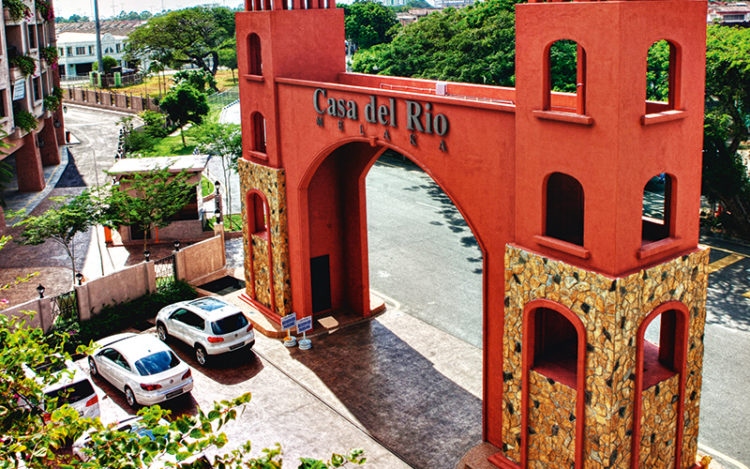 This “boot camp” was actually a two-day drive from Singapore to Malacca in one of Volkswagen’s TDI (turbo-diesel) cars. While the drive itself had nothing to do with working out and keeping fit, the fuel economy challenge and cross-country cycling activity that the organiser had in store for us certainly did. 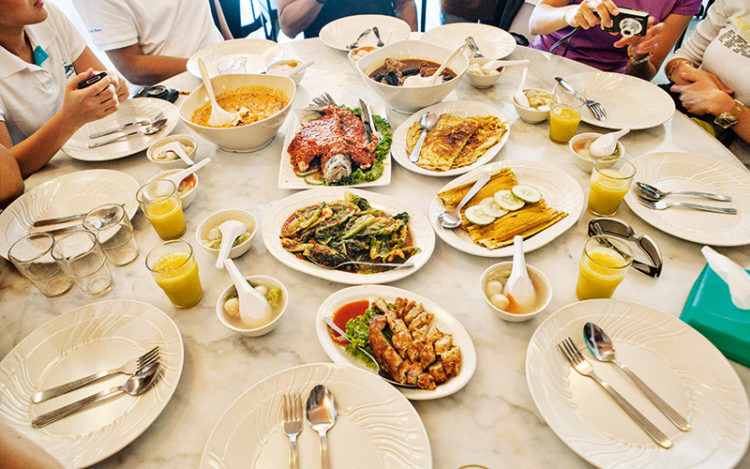 The strenuous afternoon ahead was a good excuse to fill my tummy.

Attempting to consume the least amount of fuel on a 250km drive from here to Malacca City should be a breeze, especially because we would be driving diesel-powered cars, which are more fuel-efficient than their petrol counterparts. 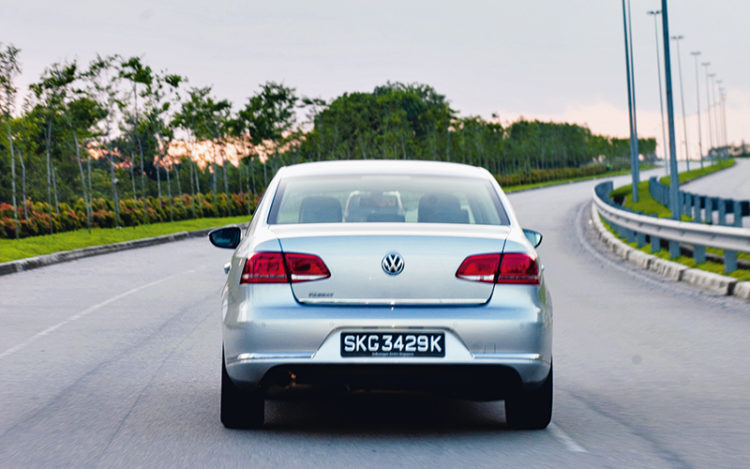 Attaining the lowest consumption figure, however, is always easier said than done. Apart from adopting a gentler driving technique, one also has to be more alert, for anticipating traffic conditions helps one maintain a smooth driving pattern. Weight, of course, is also a factor. The heavier a car (and its occupants), the more fuel it uses.

In our case, we were driving the Volkswagen Sharan 2.0 TDI. Because its boxy shape was never going to be as aerodynamic as the Passat and CC saloons driven by the other teams, my photographer and I could only hope that the team in the Touran would also be hampered by its square body, while the journos in the Touareg would be undone by its all-wheel drive and 3-litre V6 engine. 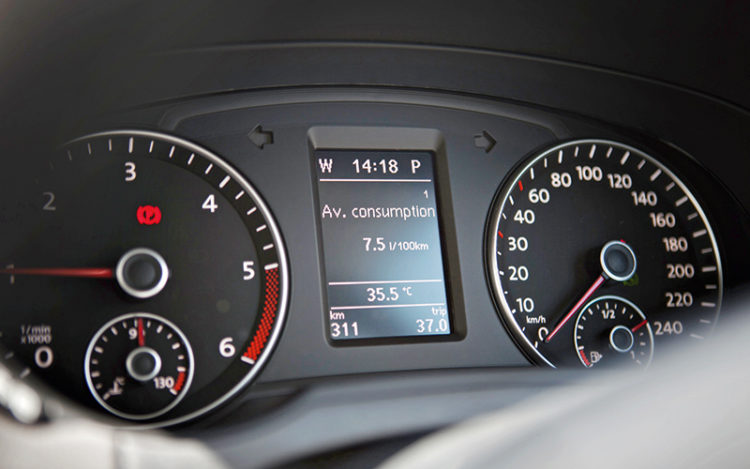 On Malaysia’s North-South Highway, I put all my efforts to work. I dabbed the accelerator instead of stabbing it, while trying to “draft” behind other cars in the convoy to reduce air resistance. At this point, the Sharan’s trip computer displayed 11.4km/L – a long way off from the claimed figure of 16.9km/L. But no matter what I did, the lowest figure I managed was 13.3km/L. Whether I went slower than the 110km/h speed limit or faster made no difference. Nevertheless, I remained confident that we wouldn’t clock the worst consumption. 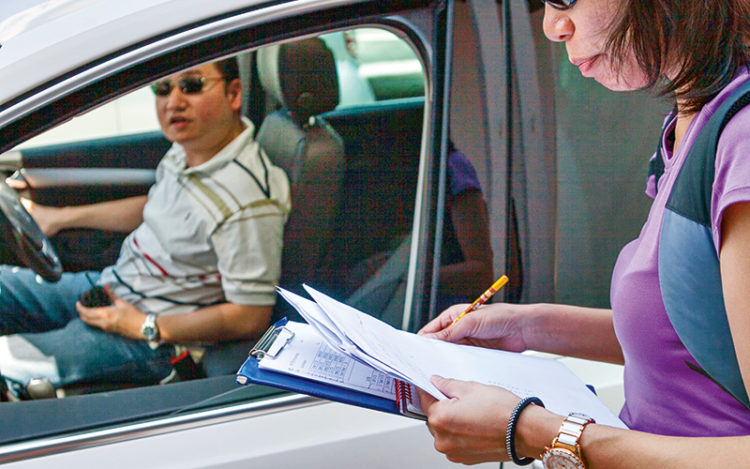 Lying to the marshals about my fuel consumption was pointless, because they’d check the car’s trip computer.

After a lunch stop at a Peranakan restaurant, it was time for the cycling adventure. All my thoughts with regard to a relaxed ride through the outskirts of town were erased, however, during the hour-long van ride to our starting point. The journey was the beginning of my “sweat session”, for the van’s air-con wasn’t working.

The torture began in earnest from the moment I got on the mountain bike. Under the merciless heat of the afternoon sun, my legs felt like jelly after three kilometres. As I dismounted to push the bike over a particularly narrow path, the heat exhaustion rose like an invisible wave and smashed into me. 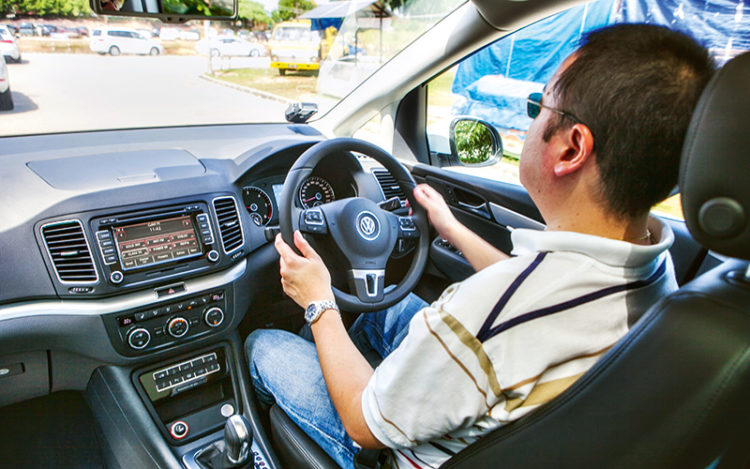 I began to see stars… My vision went blurry… and I mumbled incoherently. The next thing I remember was coming to my senses while sitting beside some bushes. Then I heard the best news yet from one of our guides – I was to be given a ride on their small motorcycle. I’d finally be rid of that bicycle!

This “upgrade” didn’t last long, though. We soon caught up to a fellow journo who had also fallen behind the rest of the group. Would I be willing to let him have a turn on the motorcycle? 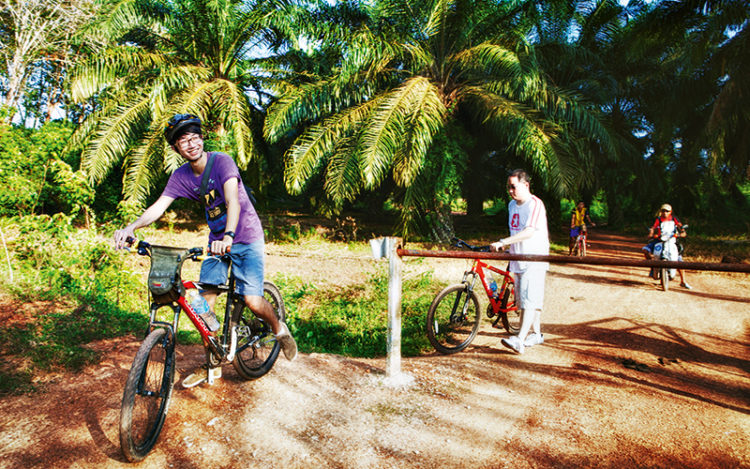 Just as I nodded, one of the guides mischievously pointed out that I could get back on my bicycle, which they had been riding behind us all this time. “Why are you tormenting me?” I groaned. All I received in reply were evil grunts and sadistic laughter.

Like a soldier of the Imperial Japanese army from World War II, I willed myself to continue riding through the palm oil and rubber plantations. Two hours and 10 kilometres later, I arrived at the end point – dead last and dead tired. 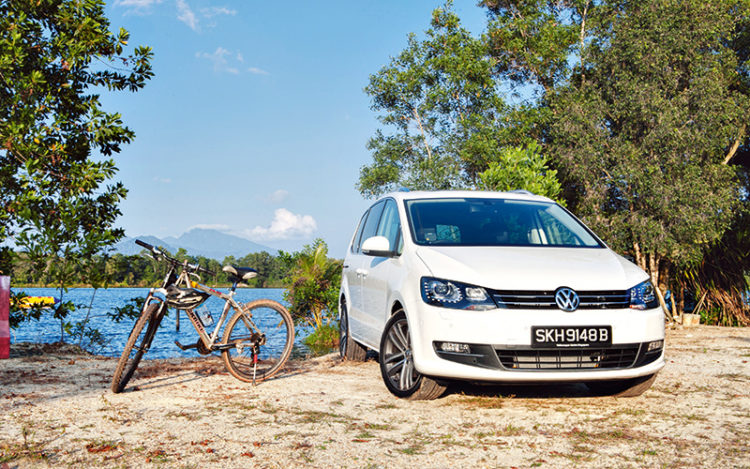 A week’s worth of exercise was condensed into an afternoon of cyling.

I realised that to get in shape, I’d have to operate like a diesel engine, which needs less fuel than a petrol unit to deliver similar or greater levels of performance. In human terms, I need to consume less food while becoming even more active.

Later at dinner, the results of the fuel economy challenge were revealed. Our team not only lost, but also registered the lowest fuel efficiency – our performance was even worse than the guys in the big 4×4 Touareg. 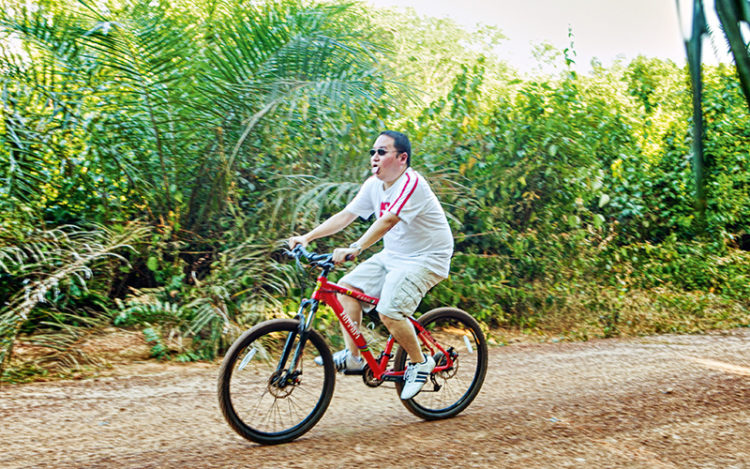 The sunglasses couldn’t hide my exhaustion, no matter how snazzy they looked.

As consolation, my photographer and I were each given a tray of 10 eggs, to remind us that pretending there’s an egg placed between your foot and the accelerator is one of the best techniques of lowering fuel consumption. Well, it was better than literally having egg on our faces!

This article was first published in the March 2013 issue of Torque.