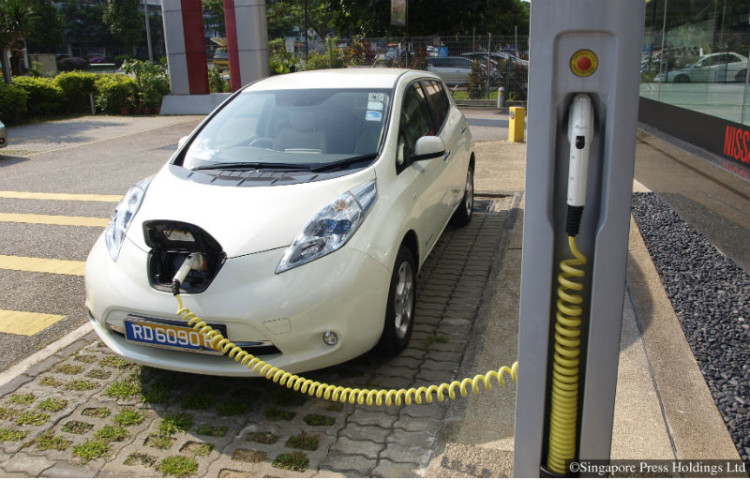 Before we start asking what the Government can do to encourage the use of electric vehicles (EVs), we should ask if it should.

The answer is not a clear “yes”, because there are still issues to be tackled before we welcome the electric cavalry with open arms.

But it is leaning towards “yes” because of two main reasons.

Firstly, electric cars are more efficient than combustion-engine vehicles. Generally, they are able to convert 90 percent of energy used into motion, compared to less than 40 percent for fuel-driven cars.

Secondly, they have zero tailpipe emission. So, even if they are charged by electricity produced by fossil fuel power stations, they do not poison the air. If we use them, we move pollution from high-density areas – where people tend to live, work and play – to far-flung industrial areas.

Singapore makes most of its electricity from natural gas, which is a cleaner fuel than the diesel and petrol used by the vast majority of vehicles here. Hence, even if a large proportion of cars here are electrified, it will still result in cleaner air overall.

Ideally, it is best if we generate our power from renewable or nuclear sources. But even if we don’t, we are likely to end up with fewer pollutants and less CO2 released into the air – more crucially, the air in high-population areas.

The equation becomes a little stilted when batteries degrade over time. As we have seen in our phones, laptops and notepads, batteries rarely retain their charge as well as they did when new.

It is likely to be the same for EVs. And we are already seeing signs of this worrying degradation, which will result in a drop in efficiency and an increase in carbon footprint.

Warranties by manufacturers or battery-swopping programmes are no good. Batteries are resources, and if you have to replace them because they become spent or degraded sooner than expected, you are going to end up consuming more resources – which is extremely costly financially and environmentally.

Taking all this into consideration, Singapore’s measured approach to handing out subsidies for EVs is understandable.

Most electric cars here qualify for a $30,000 rebate on the Additional Registration Fee (ARF, or the main car tax). That’s not enough, say EV proponents.

Well, the Government could raise this to $60,000, but even that would not be enough to offset the inherently higher cost of an EV.

So, what will be enough? $100,000? $150,000? Clearly, such hefty grants will be socially unacceptable, especially in a country where nearly 60 percent of households do not own cars.

Instead of going that way, perhaps policymakers can consider tweaking the road tax structure, which currently penalises many EVs. A car like the BMW i3 is slapped with a road tax that is equivalent to a 2.4-litre petrol car, and a Tesla Model S attracts a levy that is more than 2 1/2 times that of an equally powerful Porsche 911 Carrera S.

Non-monetary incentives could be rolled out too. Today, a number of commercial buildings provide priority parking for EVs.

If public parking sites can offer the same, it will go some way towards promoting EV conversion because it is often the small things that make people feel good.

In any case, until EVs become substantially more efficient in a life cycle comparison than the most efficient combustion-engined car, doling out bigger carrots for them will not be kosher.