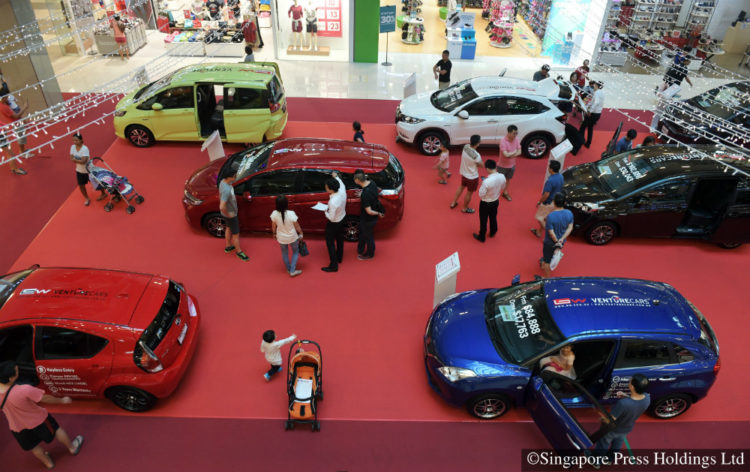 There are more hybrid cars here now, in part because motorists are attracted by the low fuel consumption and high rebates on the cost of these vehicles.

The numbers suggest private-hire car services Uber and Grab may have also fuelled this increase.

According to statistics from the Land Transport Authority, there were 10,848 petrol-electric hybrid cars on Singapore roads as of January this year. This is an increase of about 70 percent from 2015, when there were 6371 such cars.

The increase corresponds with the change in the maximum rebate given under the Carbon Emissions-based Vehicle Scheme (CEVS), which is aimed at encouraging motorists to switch to low carbon emission vehicles.

In July 2015, the maximum rebate was revised from $20,000 to $30,000. The amount is offset against the car’s additional registration fee, a tax imposed upon the registration of a vehicle.

There is little difference in the selling price of a hybrid model and its petrol-based counterpart. For instance, a hybrid Honda Vezel is about $2000 more after the rebate.

“They’ve become so popular that we’ve stopped bringing in the petrol versions of certain models,” he said, adding that many buyers were attracted by the CEVS rebate.

Private-hire car services, which almost doubled the rental car population from 29,369 in 2015 to 53,589 this year, also feature hybrids as part of their fleets. Grab offers the Toyota Prius, while Lion City Rental, owned by rival Uber, rents the Honda Vezel hybrid and the Prius.

But they should also take into account the energy and materials used to produce car components such as batteries, when considering the environmental impact of such vehicles, he added.

Independent financial analyst Morten Strange, 64, renewed the certificate of entitlement (COE) for his 2006 Toyota Prius for another five years and said he would buy another hybrid once it expires.

Mr Strange praised the regenerative braking feature found in many hybrids. When the brakes are applied, the electric motor acts as a generator to recover kinetic energy, which is then stored in the batteries.

He said: “This makes them perfect for city driving, where there are a lot of traffic junctions.”