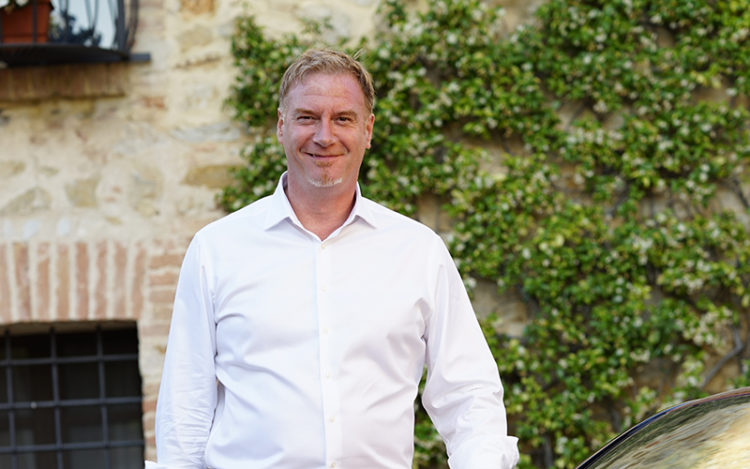 Designing the long-awaited successor to the Aston Martin DB9 was a monumental task, for the modelhas been the brand’s standard-bearer since its launch in 2003.

For most people, the DB9’s sensuous shape and elegant lines are what come to mind (after James Bond) when Aston Martin is mentioned.

Marek Reichman is confident that petrolheads will say the same about the DB9’s successor, the DB11, which was unveiled last year.

The DB11, however, isn’t the first Aston Martin that Marek has penned.

After the 51-year-old joined the carmaker in 2005, he was responsible for designing models such as the Rapide S saloon, V12 Vantage S and Vulcan, a track-only sports car.

Marek’s career in automotive design began in 1991 at Rover Cars. In 1995, he moved to BMW Designworks, where he worked on the design language for the third-gen Range Rover. Four years later, Marek moved to Ford, where he was the chief designer for the Ford and Mercury brands.

Marek sits down with Torque to discuss the new DB11 and Aston Martin’s upcoming mid-engine supercar (codenamed AM-RB 001), and to tell us about what inspires him as a designer.

What were the challenges you faced with the DB11’s design?
The challenge is the fact that it’s an all-new car. We’re working on a new platform and new proportions.
You have to develop all of these within a budget and a time frame. There are new technologies and safety regulations to be embedded within the car, too.

Were there materials you wished you could have used in the DB11?
I guess if you were to look at exotic materials, it would’ve been great to have used more carbon fibre. But the price point of the car makes that prohibitive. So we are using mostly aluminium pressings and a composite for some materials as well.

In many ways, I am using the materials that I always wanted to. For instance, we managed to put a real aluminium grille in the DB11 while still passing pedestrian safety legislation.

What inspired the DB11’s design?
A lot of my inspiration comes from nature, beauty, form and function. I’m obsessed with proportion because beauty comes from having a fantastic proportion.

The more we study nature and art, the more we realise that nature follows the same proportion principle. I am also inspired by architecture.

What’s on your mood board?
It changes weekly. I bring back information from my overseas trips, be it photos or colours that I saw in a magazine. It could be something I read about online as well. I have my favourites, such as Ross Lovegrove and Norman Foster. In fact, I have several Norman Foster furniture pieces in my office.

Is there a particular product whose design you love?
I love Storck bicycles. They have amazing carbon fibre technology. The beauty and design of each component are incredible. If I could put anything on my wall, it would be a Storck bicycle. A bicycle is about efficiency, and I love the idea of efficient engineering and form.

Which side had more input with the AM-RB 001 – Aston Martin or Red Bull?
It’s 50-50. We each have more say when it comes to one’s area of expertise.

So, anything about the car with colour is from Aston Martin, which Adrian Newey (from Red Bull) would have signed off on. The underside, all the carbon fibre and exposed bits, is led by Adrian Newey and signed off by me.

Interestingly, Adrian has wanted to design a road car since he was six.

What’s it like working with Adrian Newey?
It’s challenging, but in a positive way. There’s no stone left unturned, there are no excuses or reasons to say “no”. You’re always asking “why”, “why not” and “what if”. It’s always about trying to get a result that has no compromises.

What engine will power the AM-RB 001?
I won’t mention the supplier, but it will be a naturally aspirated V12 with an 11,000rpm redline. Total output will be almost 1000bhp, and there will be a lot of innovation with regard to inlet and exhaust porting.

Was the decision to use natural aspiration down to the car’s packaging?
Yes. Plus, we’re celebrating great V12 engines. Perhaps this might be the last of the great V12s.

You’ve worked with different brands. Among all the cars you’ve designed before, which ones are your favourites?
The first one would have to be the third-gen Range Rover. Then there’s the Rolls-Royce Phantom. I like to think that Rolls-Royce is where it is now because of the foundation I helped create.

If you could design a  non-automotive product, what would it be?
It would be a motorcycle. The natural evolution of a bicycle is a motorcycle. Motorcycles are incredible in terms of their efficiency and their ability to do long distances, especially on a touring model.