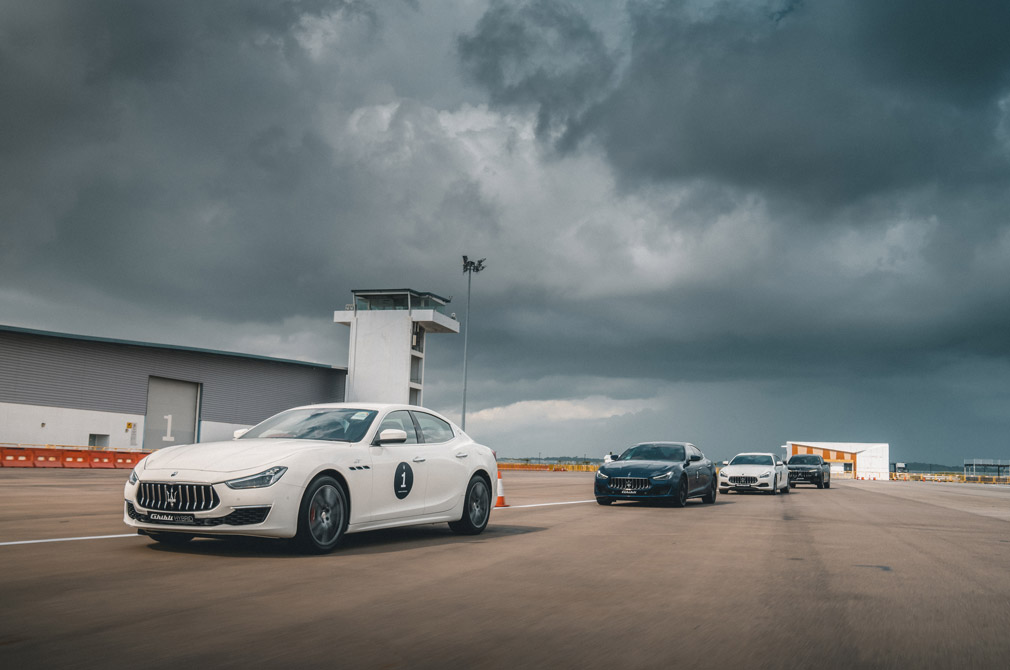 It has been almost two years. Two claustrophobic years of this piddling virus you might have heard of.

To see the open expanse of space fringed by the sea leading up to the distant horizon is like an infusion of pure vitality into the soul.

I have arrived early, and so am taking the liberty of pausing in the middle of Changi Exhibition Centre’s sprawling expanse of tarmac, drinking it all in, filling my eyes and my lungs with the liberation of space.

I am here to blast around a makeshift track, shorn of the city’s throttling speed limits and need for social responsibility. Walking into the function room, I am instantly greeted by a looping video of David Beckham.

Not in his football cleats and jersey, but in slacks and a bewilderingly colourful shirt, mooching around an urban landscape. You just know, however, that underneath all that coiffured handsomeness is still the sinew of a thoroughbred athlete. 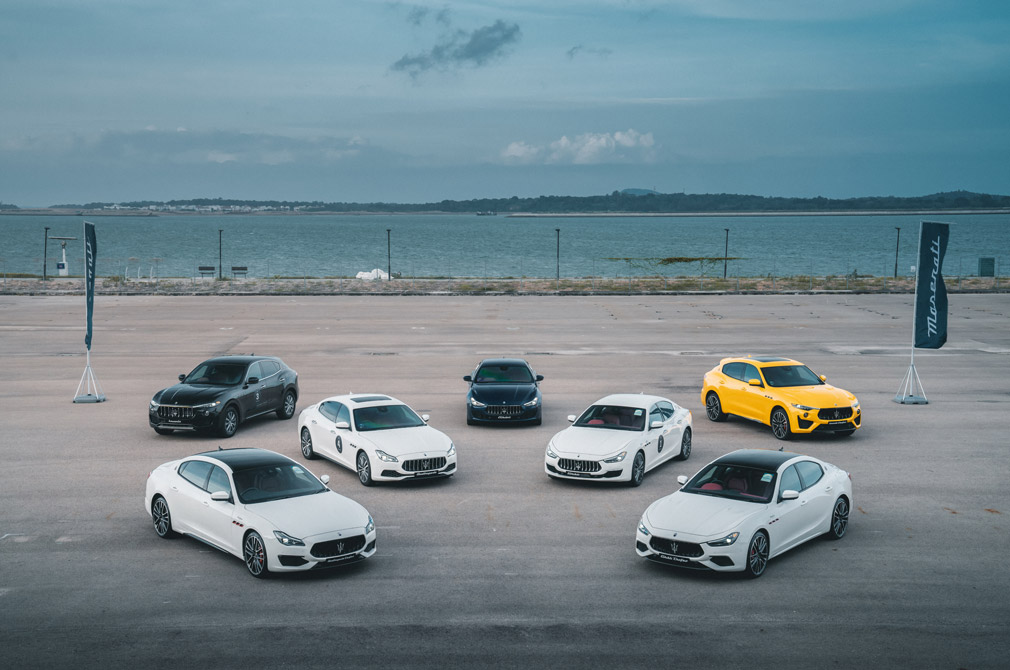 The cars I will be driving today are examples from Maserati’s current range of sporting luxury cars, amongst which are two large executive sedans and a hulking SUV. The recently departed GranTurismo and yet-to-arrive MC20 supercar are not present.

I begin my hot laps in a full-sized limo – a V6-powered Quattroporte – with Sean Hudspeth in the other seat. The 27-year-old Singaporean is no mere passenger, though.

Sean is a winner on the European racing circuit, which includes the Italian GT Sprint and Endurance Championships, and historic 6 Hours of Rome. His words of guidance and advice carry the weight of true authority.

He tells me to aim for the apex while casting my eyes to the one beyond it. Permission is given to brake while turning in (rather than to only slow down while arrow-straight), wielding the car’s balance and weight transfer in a symphony of fun and control. 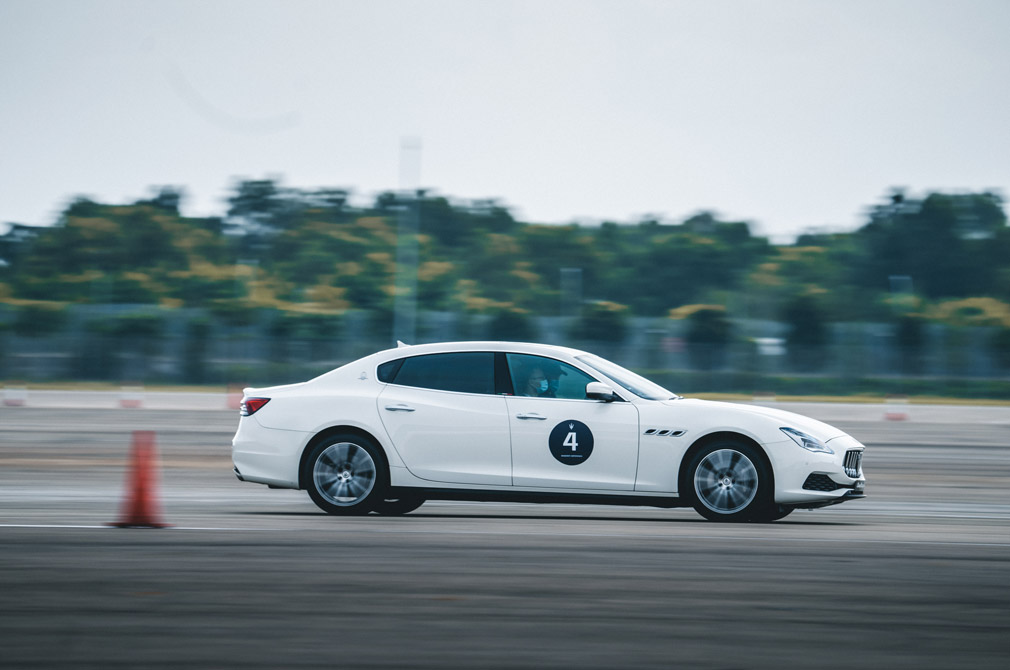 My first lap is a tentative one, barely teasing the edges of understeer and evoking the merest chirps from the tyres. By the second lap, I had the courage to dial in more sizeable inputs, the car’s progressive management of its substantial mass having earned my trust.

Braking as late as I dare, I wrench the steering wheel hard to the left, aiming for the apex, which the limo tenaciously manages to clip the edge of.

Mashing the throttle while winding off the lock coaxes the rear to step out slightly, with a flash of opposite lock ushering the big Maser back in a straight line.

Being on track – apart from being emancipating for a person and machine – is also instructive. Here, you can touch the car’s limits and hold it there longer than you can possibly on a public road.

In so doing, the shadow zones where less talented chassis can hide are harshly illuminated.

What a track reveals are fundamentals that make a car exploitable, enjoyable, and safe on a road. Or it may reveal pretensions to sportiness that degenerate into indiscipline and wallowing. I stepped away from the Quattroporte impressed, convinced of its genuine underlying ability.

The limo’s exploits were a succession of fluid, coherent, and texturally satisfying movements, despite the fairly titanic proportions and body motions involved. Like Romelu Lukaku, the Quattroporte has really good feet for a big man. 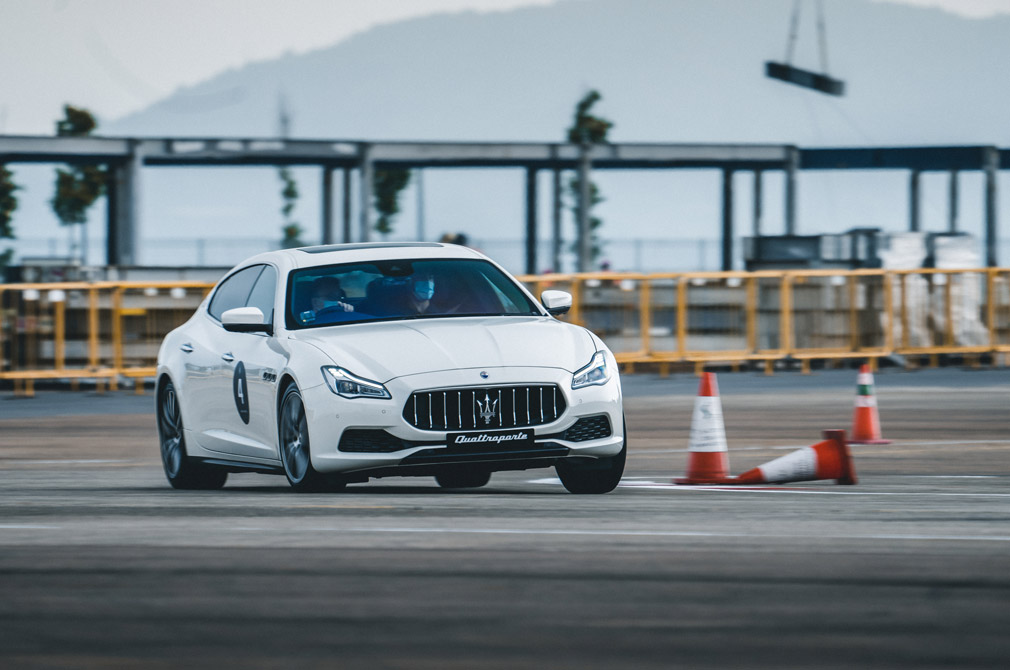 Next up were the Quattroporte’s little sisters – the Ghibli V6 and Ghibli Hybrid variants. The proportions are instantly familiar, as are the cars’ innate sense of balance.

Being shorter and lighter, they bring a noticeable advantage in agility.

Yet I ended up mildly hankering for the larger limo’s more pronounced body movements and greater arcs painted by its rear wheels on its longer wheelbase when taking attitude.

Who said bigger and heavier is necessarily less fun? If in step with the control inputs and expectations, these sensations can be just as rewarding.

The biggest dynamic challenge, in theory, was saved for last. Taking the helm of the Levante V6, I peer over the bonnet from my elevated vantage point as a I bury the throttle and aim for the first corner.

SUVs have come a long way, and, through technology and sophisticated damping, they have mostly achieved a level of composure and competence previously thought impossible.

What still eludes them is the authentic feeling of true interaction. Of playfully managing the longitudinal dimension as much as having the vertical dealt with for you by computers.

Maserati’s Levante and Aston Martin’s DBX are the only cars in my memory that manage to scratch that itch. 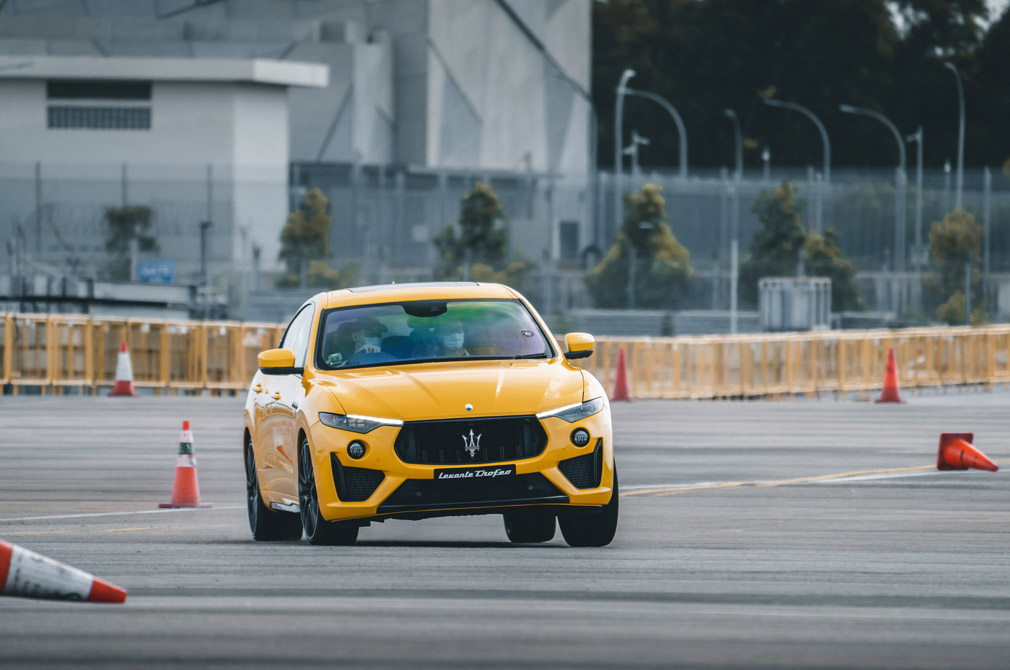 So it proves. The Levante pours, if not quite slices, its way through the course. It is and feels large and heavy, no doubt. Yet lesser SUVs would lose all coherence in motion, surrendering to physics as a passive passenger as the car hurtles helpless through the transition.

Not so here. There is body movement, yes.

This experience merely confirms my sincere opinion garnered on the road that the Levante is my favourite high-end performance SUV. 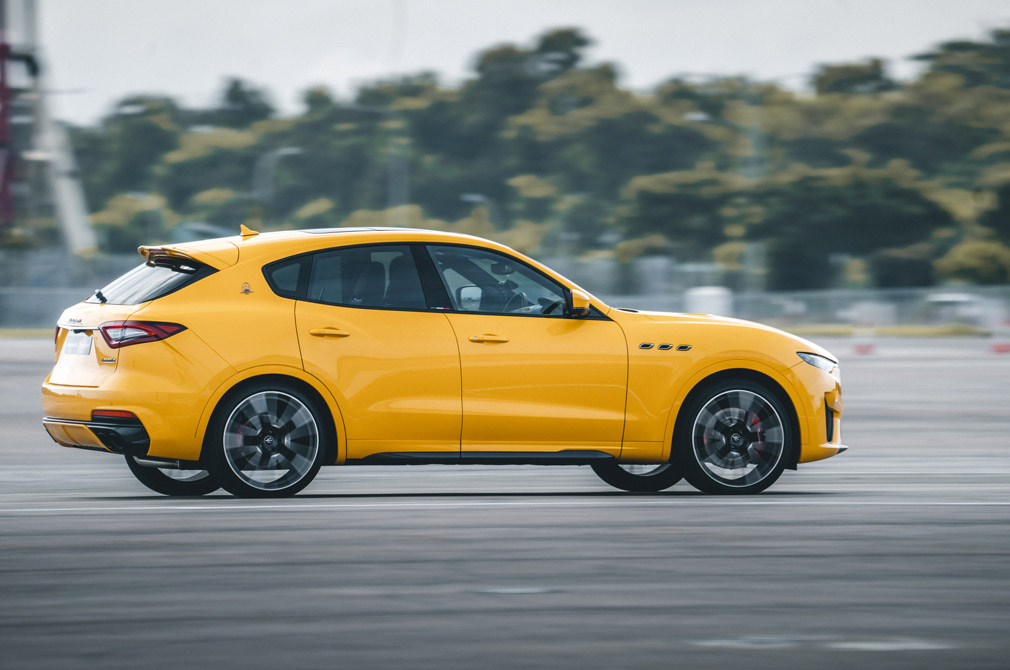 It is time for the Levante Trofeo, with its Ferrari V8 heart. This time, Sean takes the wheel. It is all my eyes could do to flit from the windscreen to the flurry of Sean’s limb activity, executed in a mesmerizing dance of car control.

When it is not my turn and I am outside the car, the incandescent thunder of the V8 in full song keeps me happy for a full week after.

It has been an exhilarating morning at the track for me.

I am, however, even happier for the cars. It always warms the cockles of one’s heart to see stallions like these allowed to gallop unleashed. 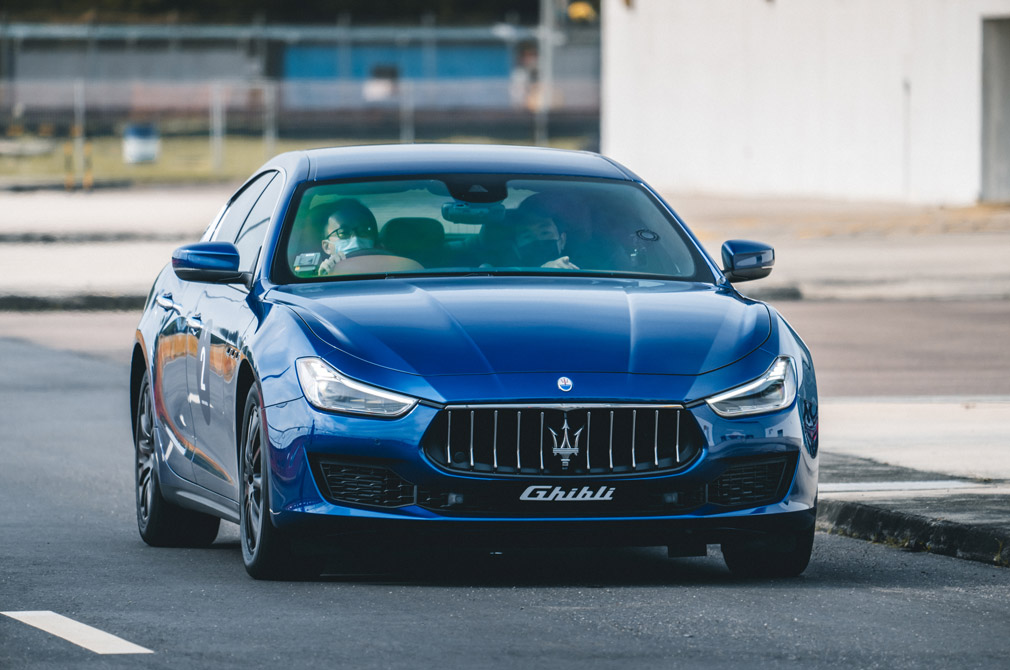 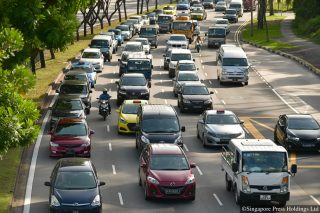