The Mazda 6 is a stylish and refined athlete | Torque
Loading posts... 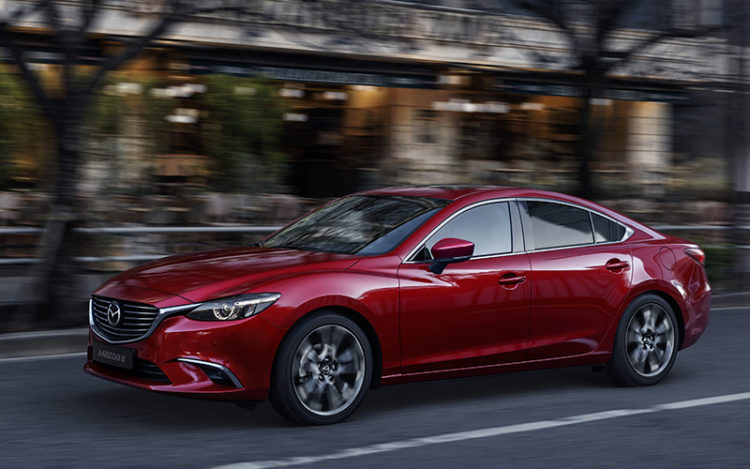 The Mazda 6 is renowned for being one of the sportiest executive saloons available today.

You don’t gain that reputation overnight. And it also doesn’t happen by chance. Mazda engineers have spent countless hours painstakingly honing this model to ensure that it meets their philosophy of Jinba-ittai, which means “horse and rider are one”.

If you want to find out what KODO – Soul of Motion means, simply walk up to the Mazda 6. Viewed head on, the car exhibits a steely and determined gaze. As you move around it, you’ll see the flared front fenders, which give way to a sleek profile. Even from the rear, the Mazda 6 looks like it is poised and ready to jump into action.

Mazda always says that driver satisfaction is their driving force, and the interior of the Mazda 6 is a testament to this.

Thanks to Mazda’s optimised Human-Machine Interface, the cockpit is both intuitive and functional. Settle into the driver’s seat and you’ll find that the driving position is spot on, as all controls fall naturally into your hands. The steering wheel offers an assured grip, and the various buttons and their functions are clearly labelled.

Mazda’s infotainment system, MZD CONNECT, lets you access, tweak and control your on-board infotainment. Choosing from a variety of audio sources and navigating to your destinations can be done with a few turns of the control dial.

Getting to your destination in the Mazda 6 is where the fun is. The Mazda 6’s athleticism is down to its SKYACTIV-VEHICLE DYNAMICS. In a nutshell, this refers to the car’s engine and transmission working harmoniously with the body and suspension. 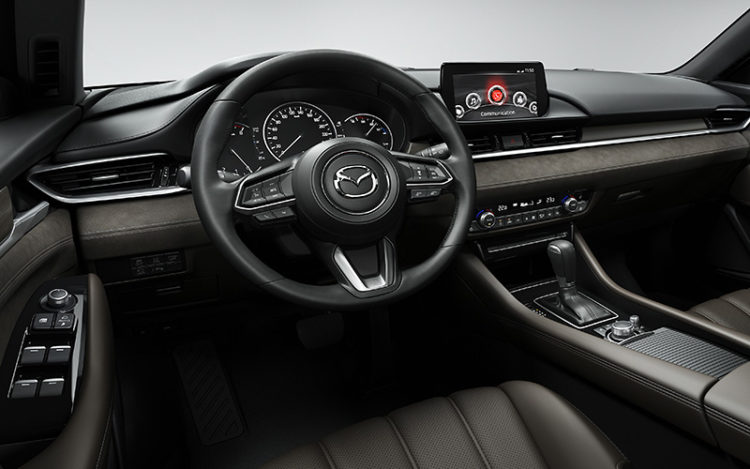 Naturally, the more potent 2.5-litre is the petrolhead’s choice. It sprints from zero to 100km/h in 8.2 seconds while only consuming 7.1 litres of petrol per 100km.

Figures are great, but as they say, the proof is in the pudding. From the moment you drive off in the Mazda 6, you’ll feel not just the responsiveness of its powertrain, but its keenness, too. The engine loves being revved, and the 6-speed automatic gearbox performs gearchanges quickly and seamlessly.

When you need to overtake, the gearbox eagerly drops one or two gears, allowing you to pile on the revs as needed. The linearity of the Mazda 6’s acceleration is admirable, and is a quality often absent in its rivals.

Handling is Mazda’s forte, and this strength is present in the Mazda 6, too. It confidently tucks into corners, with lots of feedback from its precise helm.

Further enhancing the Mazda 6’s agility is its new G-Vectoring Control (GVC) system. GVC further improves the car’s cornering ability by momentarily reducing torque output to the front wheels as the car is turning, and increases it again when a constant steering angle is detected.

By momentarily reducing torque, there is increased weight transfer to the front wheels as you brake, thereby enhancing the tyres’ grip.

The Mazda 6 offers high-performance in the field of safety as well, with the i-ACTIVESENSE suite of features helping drivers avoid mishaps. Features such as the Lane Departure Warning System, Blind Spot Monitor and Advanced Smart City Brake Support all work together to help heighten the driver’s situational awareness.

In addition to these, the Mazda 6 also comes with Dynamic Stability Control (DSC) with Traction Control System (TCS) for added surefootedness.

Indeed, when it comes to executive saloons, few are as talented as the refined athlete that is the Mazda 6.

THIS ARTICLE WAS BROUGHT TO YOU BY MAZDA SINGAPORE.