By careful management of airflow between the McLaren F1’s underfloor and the moving road surface beneath, powerful aerodynamic forces can be harnessed – as in Formula 1 – for the driver’s benefit.

Management of this airflow regime has come to be known as a ground-effect aerodynamic system. Airflow beneath the car is compressed against the underlying roadway and then released through an expanding-section exit channel at the car’s tail – the curving underfloor surface of which is known as the diffuser.

As airflow velocity has been accelerated through this underfloor venturi system, so the pressure within it falls, and this low-pressure area may then be harnessed as downforce to suck the moving car bodily down against the roadway.

Now, with the McLaren F1 project governed only by comparatively liberal international road-car regulations, that “Fan Car” theme is to some extent being reintroduced.

At high speed, aerodynamic lift can compromise any car’s stability. Many high-performance sports cars carry wings to cancel this lift, but Formula 1 experience proves them inefficient and drag-inducing.

Major manufacturers often claim minimal drag coefficients (Cd) for new car shapes. Yet, such figures alone are irrelevant. One crucial factor is aerodynamic Centre of Pressure (CoP) through which lift and downforce react upon the moving car. The CoP’s location is vital to car behaviour, yet amongst production sports and supercar designs, few address CoP control.

On the McLaren F1, the only surface-breaking aerodynamic device is its neat Brake and Balance ‘Foil hinged into the tail deck. Activated automatically by electronic control sensing heavy braking, this BB ‘Foil deploys at 30 degrees, slightly raising Cd, but crucially enhancing base-suction at the rear of the car to generate greater downforce from the underbody with its Centre of Pressure in the correct location.

Thus, braking stability is greatly enhanced by moving the CoP rearwards when conventional design would allow it to rush far forwards. The McLaren F1 driver may also partially deploy its BB ‘Foil in a “High Downforce” mode. Unlike a traction-limiting control device, this actually increases the F1’s grip and traction. 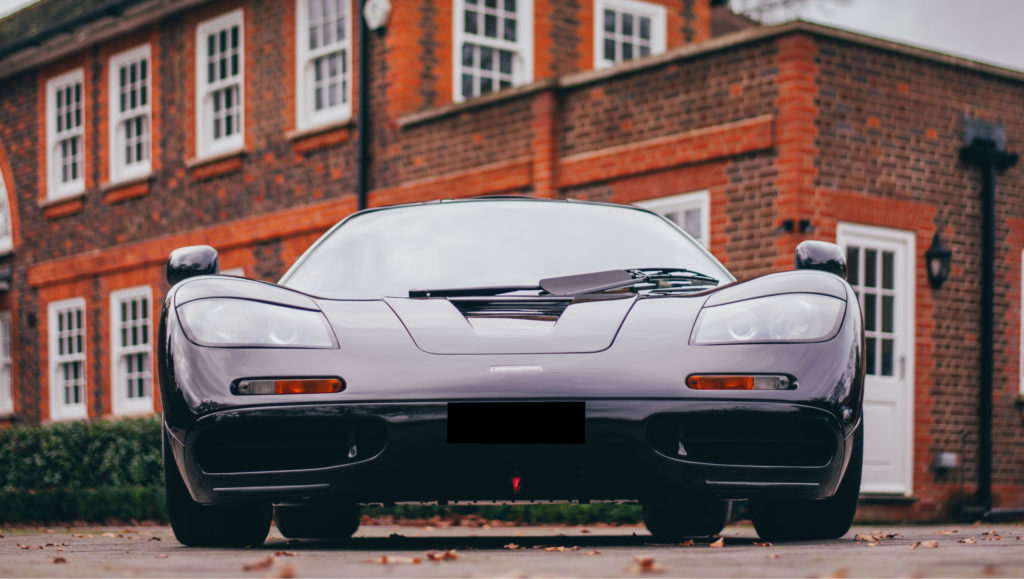 Read about the engine and transmission of the McLaren F1.

Read the description of the McLaren F1 by its creator, Gordon Murray.