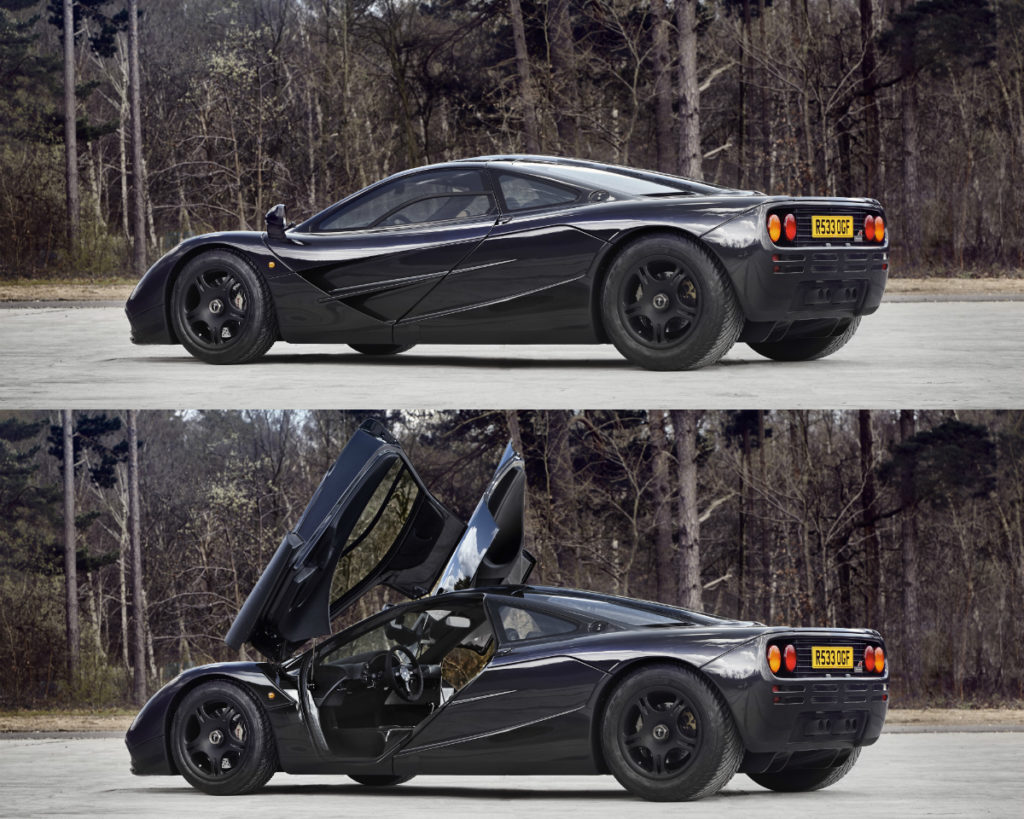 The monocoque’s primary strength derives from two longitudinal large-section floor beams, uniting lateral cockpit bulkheads. Behind the driver’s seat, a sturdy pier rises integrally with the engine air-box to provide exceptional roll-over protection, integrated into the roof and A- and B-pillars, to form an enormously strong “survival cell”. This is augmented by a tailor-made driver restraint harness and laminated fixed cabin glass throughout.

The engine doubles as a load-bearing chassis member, mounted against the rear cockpit bulkhead and attached to two monocoque shoulder beams at the rear. In each front engine mounting, intricately tailored semi-flexible bushes rigidly transmit traction and braking loads, while absorbing vibration and noise. All major torsional loads from the rear suspension are similarly absorbed via flexible bushes uniting each cylinder head to the shoulder beams.

The totally integrated carbon structure has been created entirely within McLaren Cars’ own advanced composites facility, incorporating materials and techniques at the forefront of this technology – several of them unique in road vehicle manufacture.

The McLaren F1 achieves its astonishingly lean target weight of only 1018kg thanks largely to its moulded advanced carbon-composite monocoque chassis/body structure. In fact, it was McLaren International which pioneered modern automotive moulded carbon-composite chassis technology in 1981 with its race-winning Type MP4/1 Formula 1 design.

Carbon fibre simply offers an immense stiffness-to-weight ratio, hence its use in chassis construction of every significant racing car built today. The contrast in technology between Formula 1 and everyday car production is starkly demonstrated by the fact that some major manufacturers are only now beginning to consider aluminium chassis structures over steel, whereas leading Formula 1 designers abandoned steel for aluminium 30 years ago.

It is over 10 years now since McLaren International led the way in rejecting aluminium in favour of advanced composite construction. For McLaren’s first production sports car, therefore, nothing other than carbon composite was ever considered.

Read about the McLaren F1’s suspension and steering.