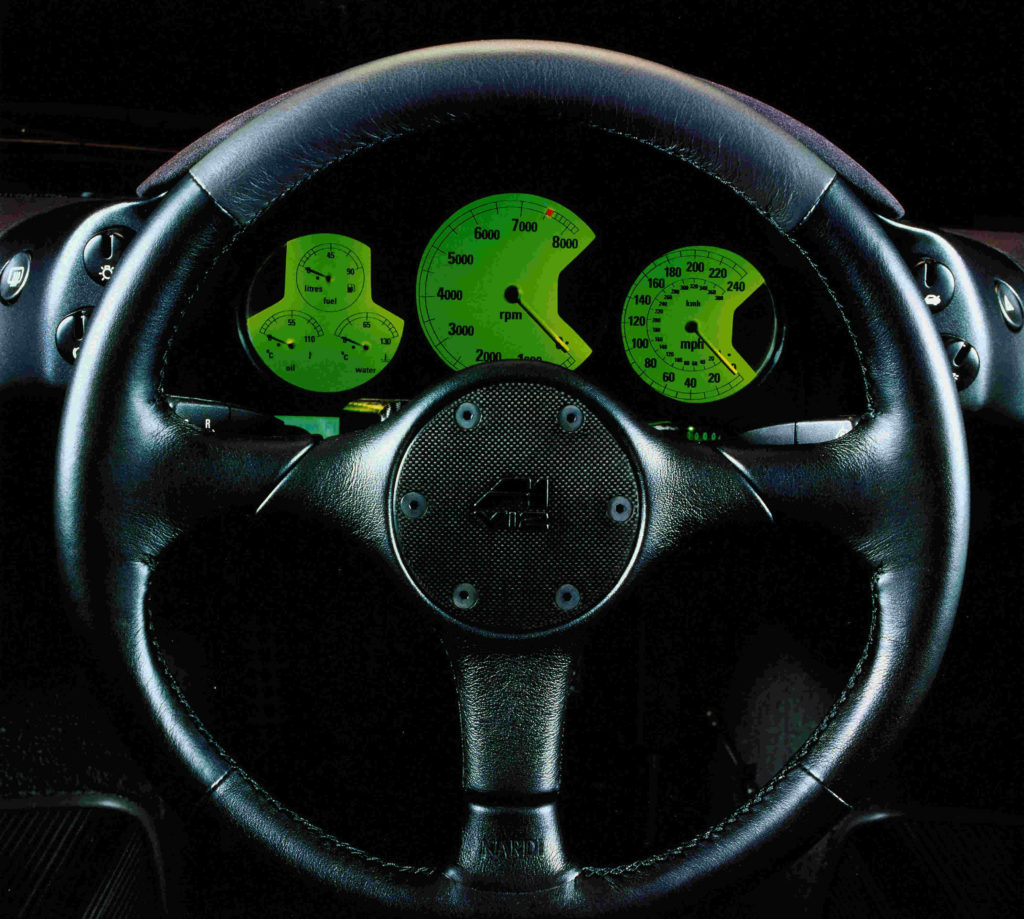 The primary design consideration for the McLaren F1 has been to make it without reserve “a driver’s car”, an extremely high-performance design which advances all conventional boundaries. It combines Formula 1 racing car dynamics with genuine Grand Touring capabilities.

Beginning with its radical and entirely innovative one-plus-two seating configuration, the McLaren F1 applies several such advanced solutions to all the inherent shortcomings of conventional mid-engined sportscars.

From conception to production, the F1 has never been just another extravagantly styled, highly specified and oversized “head turner”. It has instead been created entirely as an exceptionally lightweight, compact, precise design of intrinsic purity and real practicality.

Its centreline driving position provides optimum visibility, control, comfort and safety. Vitally, as in McLaren’s World Champion racing cars, driver and vehicle become as one. Both “rear-seat” passengers are also located well inboard, in effect just behind the driver’s shoulders, in similar comfort and great safety.

With such spacious accommodation for three tall adults, the McLaren F1 is plainly not just another mid-engined supercar. It also applies equally fresh solutions to such vital areas as transmission, suspension and aerodynamic management.

McLaren F1 owners will be joining an exclusive club – each car will be individually commissioned, custom-built and tailored to its owner within the overall design’s distinctive engineering envelope. 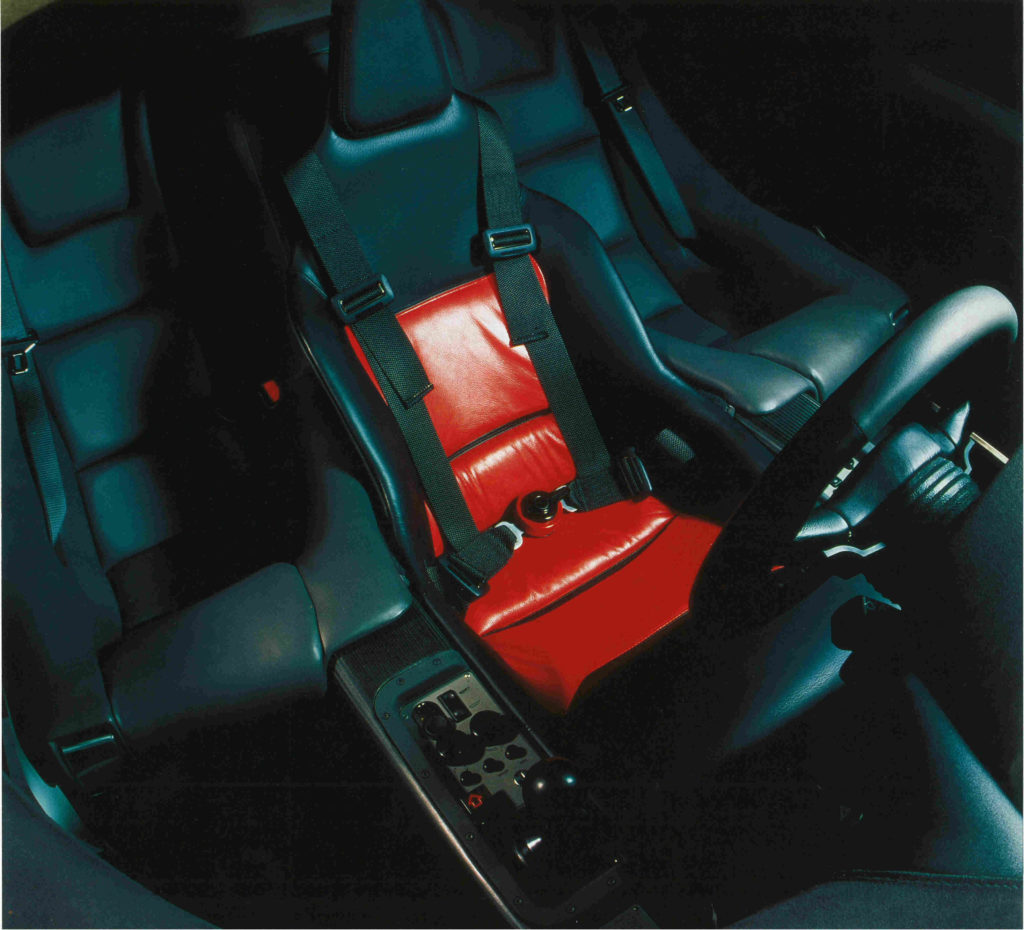 Read about the McLaren F1’s chassis and structure.