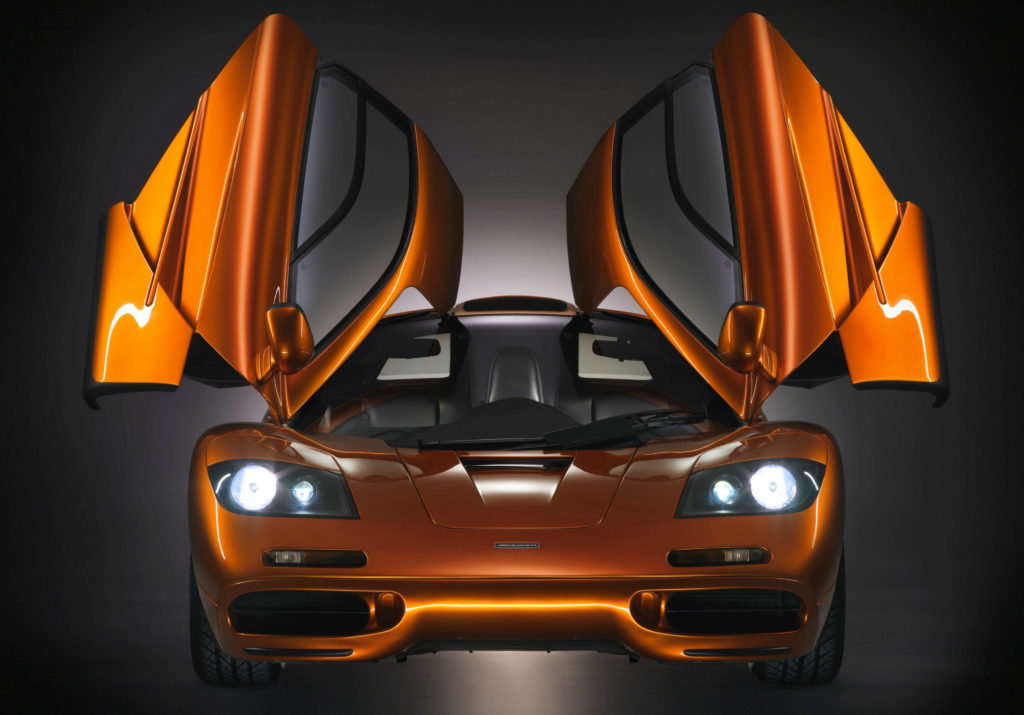 The McLaren F1’s size, style and aerodynamic targets were established upon the project’s inception, while Gordon Murray has harboured its one-plus-two seating concept since the 1960s.

The F1 requires no tail overhang to house projecting mechanical components or afterthought luggage space. These are packaged within its wheelbase, as are all major masses to minimise polar moment of inertia and maximise inherent agility.

The F1’s nose form is far removed from the conventional deep “chin spoiler”. On each side, lightweight aluminium radiators are located within profiled air-ducts. Cooling air exits into the low-pressure area behind each wheel arch. Between its twin air intakes, the F1’s nose swoops upward, directing airflow beneath the floor, which rises under the tail to form a downforce-generating “diffuser” whose exit arches provide the only visible clue to the ground-effect aerodynamic design.

A scuttle-top air deflector ‘foil deflects raindrops and insects from the windscreen, while vents behind the headlights assist cooling when idling stationary in traffic. A discreet high-efficiency overhead intake feeds cool air to the V12 engine.

Easy access to the centreline driving seat is assured by wide-opening “Dihedral Doors” incorporating sections both of floor and roof, which open in an innovative, space-saving manner.

The moulded rear windscreens provide an unobstructed view of the 48-valve V12 engine, and a laminated transparent soundscreen separates engine bay from cockpit.

The tail deck is extensively louvred to release hot air from the engine and exhaust bay. Its trailing edge also houses the unique Brake and Balance ‘Foil, a crucial feature of the McLaren F1’s aerodynamic systems. 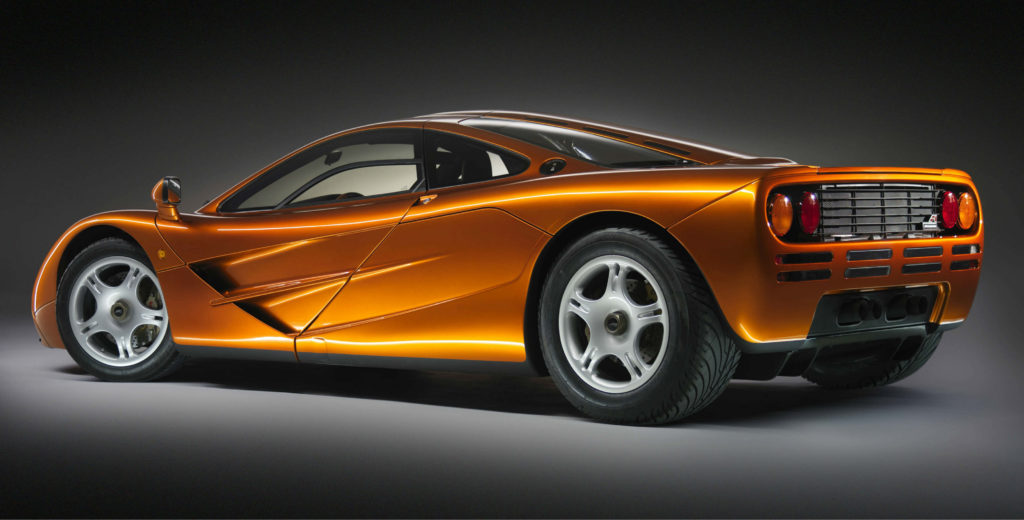 Read about the aerodynamics of the McLaren F1.

Read about the engine and transmission of the McLaren F1.