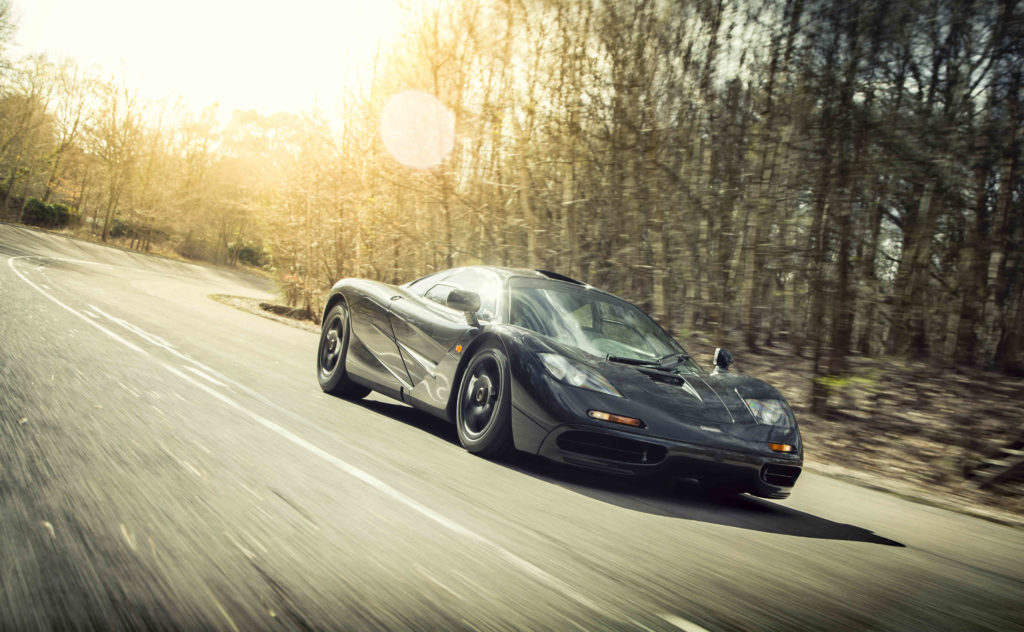 Since the rigid suspension mountings necessary in racing would transmit unacceptable shock, vibration and noise in a road car, adequate compliance and truly controlled geometry have until now been mutually incompatible. But now, McLaren Cars’ Ground-Plane Shear Centre (or GPSC) front suspension-mounting system offers a solution to this age-old problem.

The front suspension features unequal-length double wishbones supporting a machine-cast aluminium hub carrier. Each front suspension wishbone is connected to a subframe via plain bearings, the frame itself being four-point mounted upon the carbon monocoque via purpose-designed elastomeric bushes.

This radical new system offers a hitherto impossible combination of compliant freedom and precise geometric control, presenting in principle a tyre contact patch stiffness three times greater than that at the hub centre, compared to a conventionally compliant system’s stiffness of one-third that at the hub.

Thus, GPSC preserves maximum “feel” for the McLaren F1 driver, while still insulating its passengers from road shock. Above all, GPSC exhibits four major Formula 1 attributes: it is elegant, simple, light, and it works.

Optimum steering precision is achieved by housing its rack directly within the cast front bulkhead for maximum rigidity. It requires no power assistance.

Because the car’s rear end is powered, GPSC is inappropriate there, but despite a different approach in detail, the innovative solutions adopted are equally significant, achieving minuscule deviation from the theoretical designed geometry even under the most extreme braking, cornering and tractive inputs.

Rear suspension loadings are all fed via the transaxle and engine assembly into the central monocoque chassis, drive and braking loads being accepted via axially rigid bulkhead mountings. Torsional loads are absorbed via innovative new Inclined Shear Axis (or ISA) mounts into the shoulder beams each side of the engine.

The F1’s lower-wishbone rear mounts are linked laterally by a compliant beam, flexibly mounted on the transaxle casing to permit asymmetrical displacement of either wheel, but rigid resistance to symmetrical loadings.

McLaren Cars has selected Bilstein to design and develop the F1’s special lightweight monotube gas-pressurised dampers. These race-derived damping units are manufactured from aluminium to give 30 percent greater heat dissipation, and have been accurately tuned and adjusted to suit the F1’s characteristics.

Read about the braking systems of the McLaren F1.

Read about the wheels and tyres of the McLaren F1.